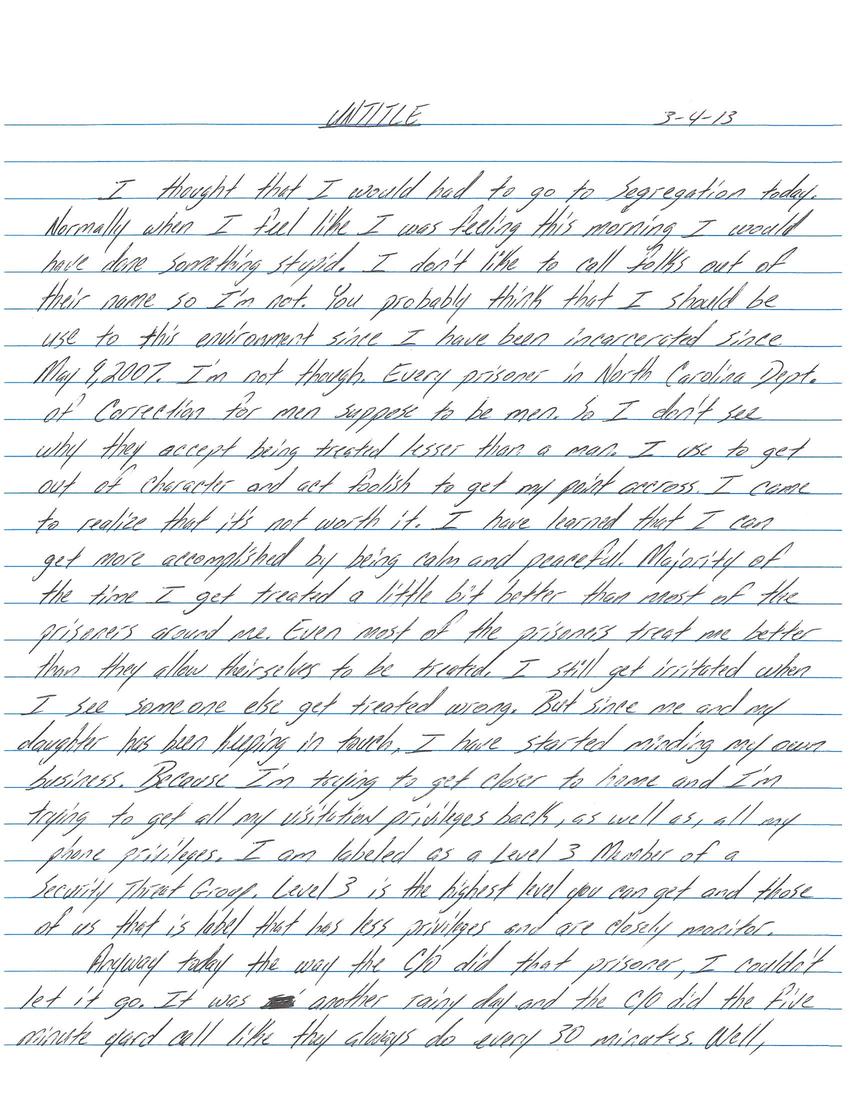 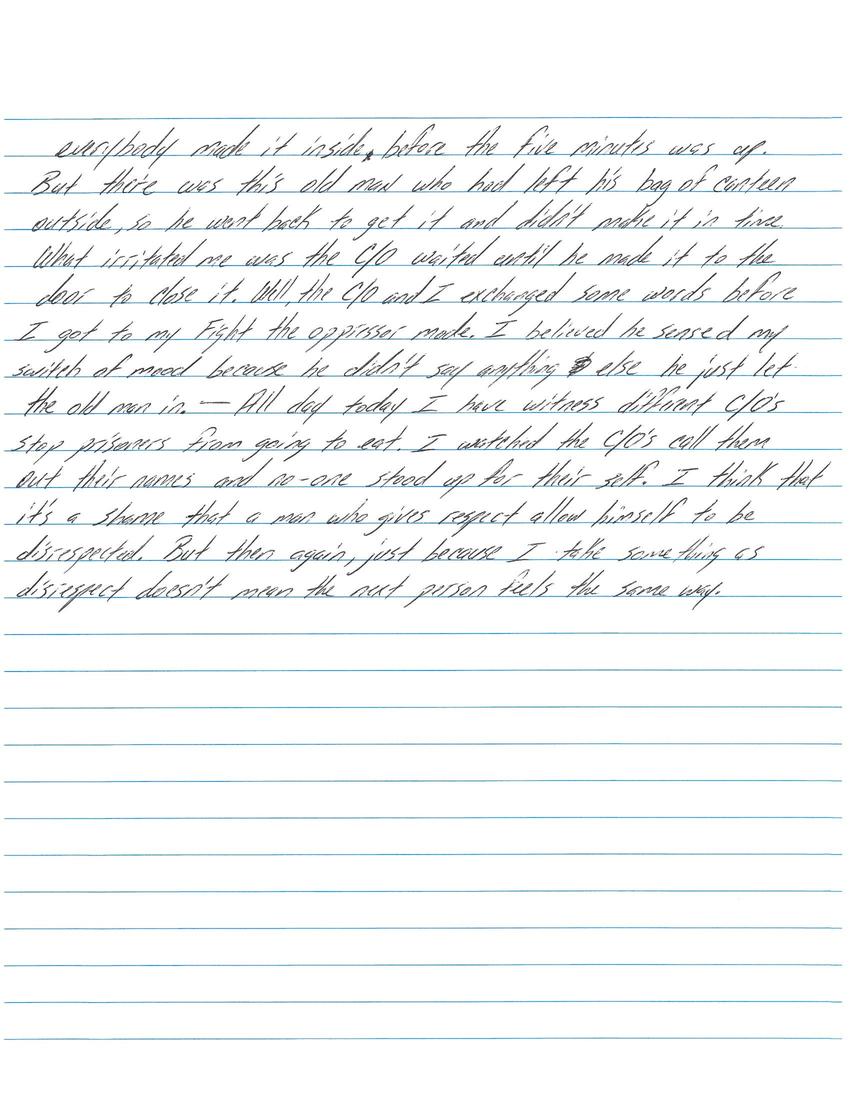 I thought that I would had to go to segregation today. Normally when I feel like I was feeling this morning I would have done something stupid. I don't like to call folks out of their name so I'm not. You probably think that I should be used to this environment since I have been incarcerated since May 9, 2007. I'm not though. Every prisoner in North Carolina Dept. of Correction for men supposed to be men. So I don't see why they accept being treated lesser than a man. I used to get out of character and act foolish to get my point across. I came to realize that it's not worth it. I have learned that I can get more accomplished by being calm and peaceful. Majority of the time I get treated a little bit better than most of the prisoners around me. Even most of the prisoners treat me better than they allow theirselves to be treated. I still get irritated when I see someone else get treated wrong. But since me and my daughter has been keeping in touch, I have started minding my own business. Because I'm trying to get closer to home and I'm trying to get all my visitation privileges back, as well as all my phone privileges. I am labeled as a level 3 member of a security threat group. Level 3 is the highest level you can get and those of us that is labeled that has less privileges and are closely monitored.

Anyway, today the way the C/O did that prisoner, I couldn't let it go. It was another rainy day and the C/O did the five minute yard call like they always do every 30 minutes. Well, everybody made it inside before the five minutes was up. But there was this old man who had left his bag of canteen outside, so he went back to get it and didn't make it in time. What irritated me was the C/O waited until he made it to the door to close it. Well, the C/O and I exchanged some words before I got to my fight the oppressor mode. I believed he sensed my switch of mood because he didn't say anything else, he just let the old man in. - All day today I have witnessed different C/Os stop prisoners from going to eat. I watched the C/Os call them out their names and no-one stood up for theirself. I think that it's a shame that a man who gives respect allows himself to be disrespected. But then again, just because I take something as disrespect doesn't mean the next person feels the same way.