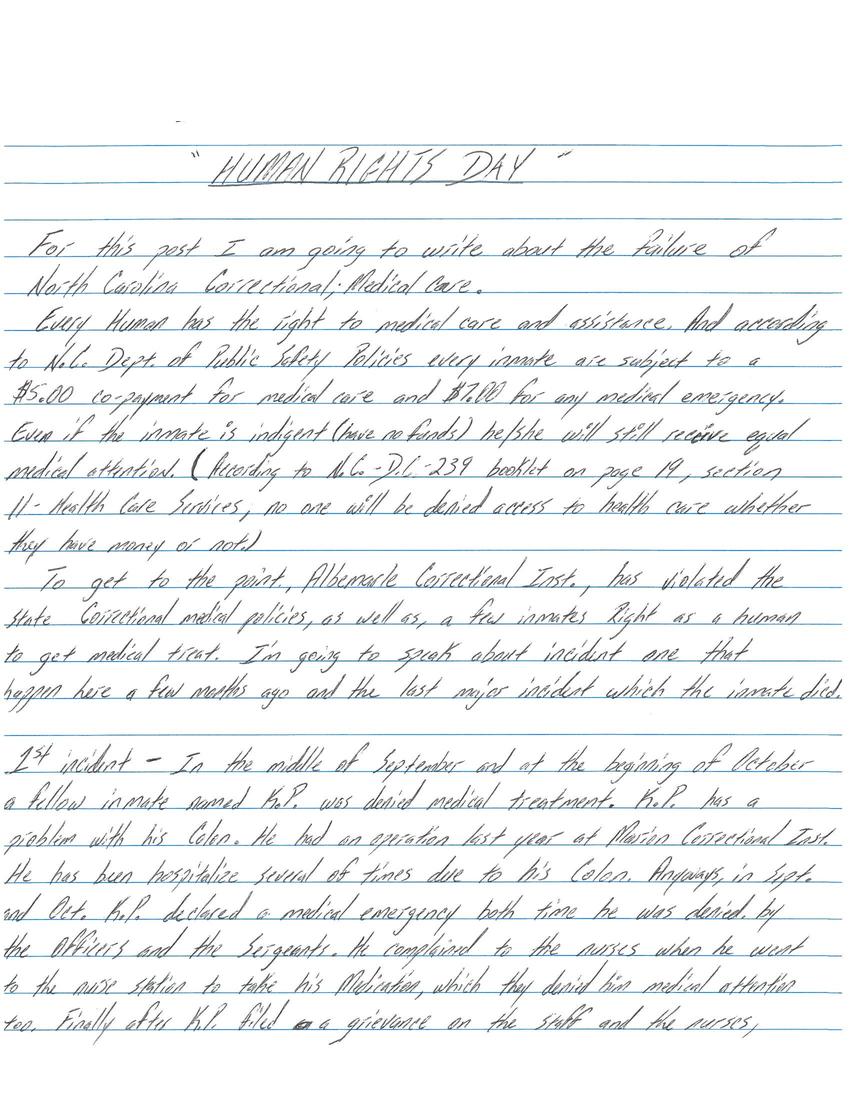 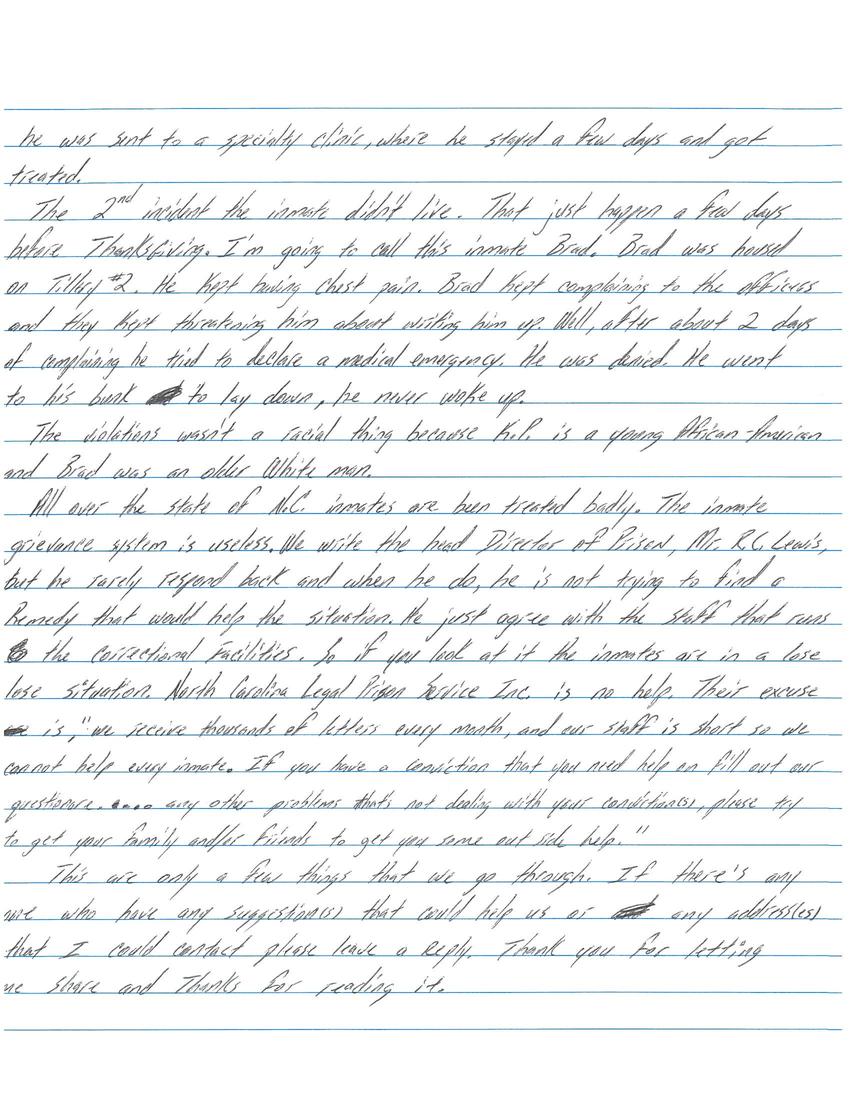 For this post I am going to write about the failure of North Carolina Correctional medical care.

Every human has the right to medical care and assistance. And according to No Ca Dept. of Public Safety Policies every inmate is subject to a $5.00 co-payment for medical care and $7.00 for any medical emergency. Even if the inmate is indigent (have no funds), he/she will still receive equal medical attention. (According to No Ca - D.C.-239 booklet on page 19, section 11 - Health Care Services, no one will be denied access to health care whether they have money or not).

To get to the point, Albemarle Correctional Inst., has violated the state correctional medical policies, as well as a few inmates' right as a human to get medical treatment. I'm going to speak about incident one that happened here a few months ago and the last major incident which the inmate died.

1st incident - In the middle of September and at the beginning of October a fellow inmate named K.P. was denied medical treatment. K.P. has a problem with his colon. He had an operation last year at Marion Correctional Inst. He has been hospitalized several of times due to his colon. Anyways, in Sept. and Oct. K.P. declared a medical emergency, both times he was denied by the officers and the sergeants. He complained to the nurses when he went to the nurse station to take his medication, which they denied him medical attention to. Finally after K.P. filed a grievance on the staff and the nurses, he was sent to a specialty clinic, where he stayed a few days and got treated.

The 2nd incident the inmate didn't live. That just happened a few days before Thanksgiving. I'm going to call this inmate Brad. Brad was housed on Tillery #2. He kept having chest pain. Brad kept complaining to the officers and they kept threatening him about writing him up. Well, after about 2 days of complaining, he tried to declare a medical emergency. He was denied. He went to his bunk to lay down, he never woke up.

The violations wasn't a racial thing because K.P. is a young African-American and Brad was an older white man.

All over the state of N.C. inmates are being treated badly. The inmate grievance system is useless. We write the head Director of Prison, Mr. R.C. Lewis, but he rarely responds back and when he does, he is not trying to find a remedy that would help the situation. He just agrees with the staff that runs the correctional facilities. So if you look at it, the inmates are in a lose lose situation. North Carolina Legal Prison Service Inc. is no help. Their excuse is, "we receive thousands of letters every month, and our staff is short so we cannot help every inmate. If you have a conviction that you need help on fill out our questionnaire... any other problems that's not dealing with your conviction(s), please try to get your family and/or friends to get you some outside help."

These are only a few things that we go through. If there's anyone who has any suggestion(s) that could help us or any address(es) that I could contact, please leave a reply. Thank you for letting me share and thanks for reading it.