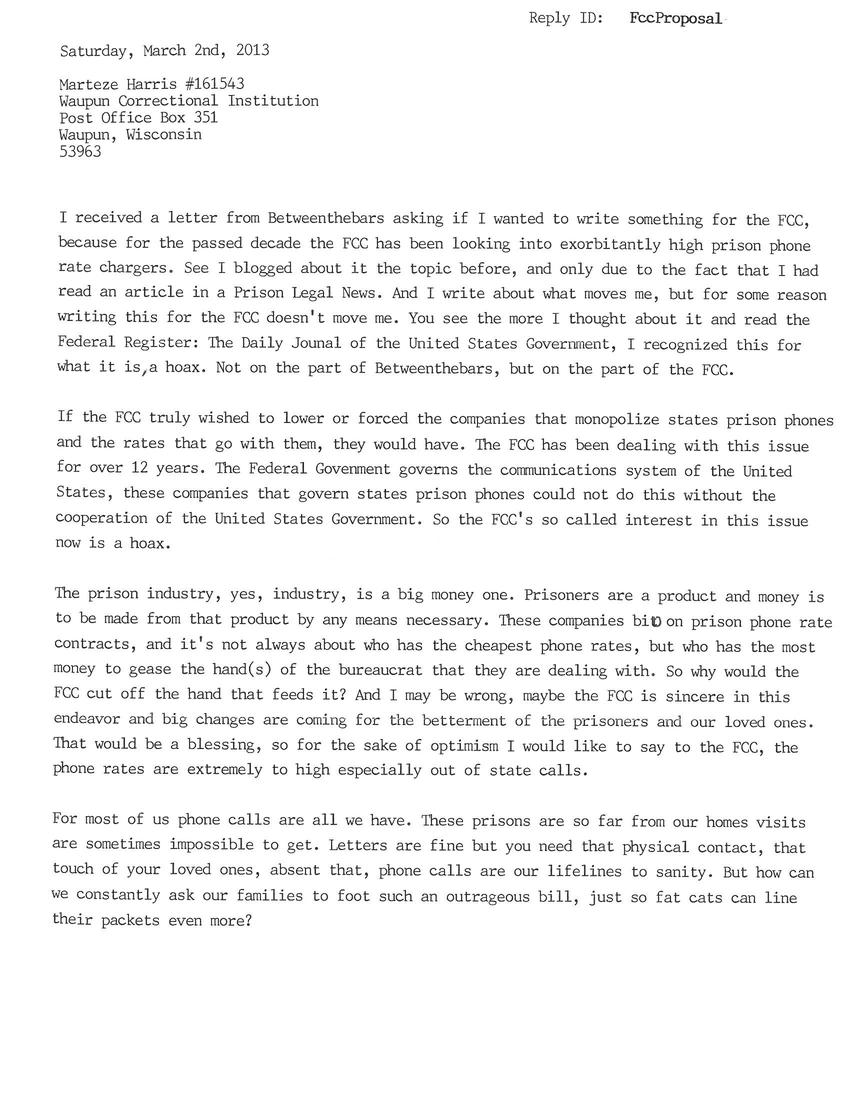 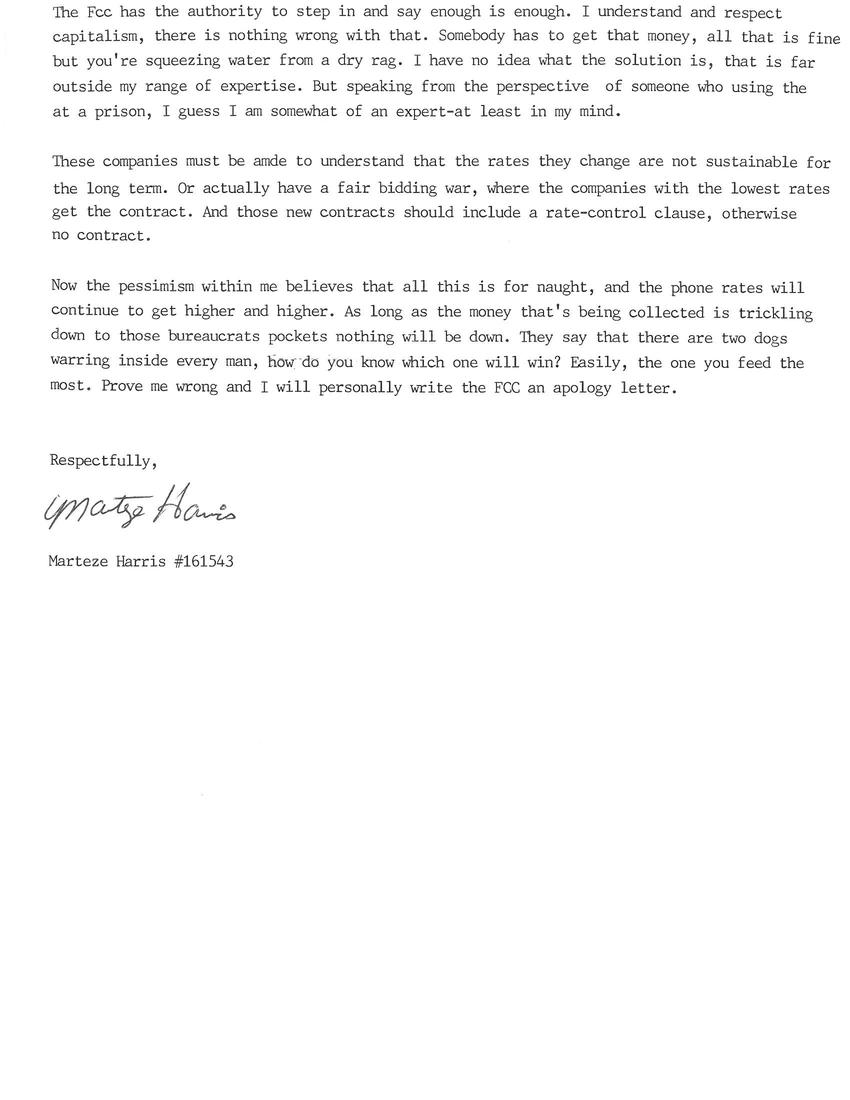 I received a letter from Betweenthebars asking if I wanted to write something for the FCC, because for the past decade the FCC has been looking into exorbitantly high prison phone rate chargers. See, I blogged about it the topic before, and only due to the fact that I had read an article in a Prison Legal News. And I write about what moves me, but for some reason writing this for the FCC doesn't move me. You see, the more I thought about it and read the Federal Register: The Daily Journal of the United States Government, I recognized this for what it is, a hoax. Not on the part of Betweenthebars, but on the part of the FCC.

If the FCC truly wished to lower or forced the companies that monopolize states' prison phones and the rates that go with them, they would have. The FCC has been dealing with this issue for over 12 years. The Federal Government governs the communications system of the United States, these companies that govern states' prison phones could not do this without the cooperation of the United States Government. So the FCC's so called interest in this issue now is a hoax.

The prison industry, yes, industry, is a big money one. Prisoners are a product and money is to be made from that product by any means necessary. These companies bid on prison phone rate contracts, and it's not always about who has the cheapest phone rates, but who has the most money to grease the hand(s) of the bureaucrat that they are dealing with. So why would the FCC cut off the hand that feeds it? And I may be wrong, maybe the FCC is sincere in this endeavor and big changes are coming for the betterment of the prisoners and our loved ones. That would be a blessing, so for the sake of optimism I would like to say to the FCC, the phone rates are extremely too high especially out of state calls.

For most of us phone calls are all we have. These prisons are so far from our homes visits are sometimes impossible to get. Letters are fine but you need that physical contact, that touch of your loved ones, absent that, phone calls are our lifelines to sanity. But how can we constantly ask our families to foot such an outrageous bill, just so fat cats can line their pockets even more?

The FCC has the authority to step in and say enough is enough. I understand and respect capitalism, there is nothing wrong with that. Somebody has to get that money, all that is fine but you're squeezing water from a dry rag. I have no idea what the solution is, that is far outside my range of expertise. But speaking from the perspective of someone who using the at a prison, I guess I am somewhat of an expert - at least in my mind.

These companies must be made to understand that the rates they charge are not sustainable for the long term. Or actually have a fair bidding war, where the companies with the lowest rates get the contract. And those new contracts should include a rate-control clause, otherwise no contract.

Now the pessimism within me believes that all this is for naught, and the phone rates will continue to get higher and higher. As long as the money that's being collected is trickling down to those bureaucrats' pockets, nothing will be done. They say that there are two dogs warring inside every man, how do you know which one will win? Easily, the one you feed the most. Prove me wrong and I will personally write the FCC an apology letter.