Greetings From The American Gulag

Reply ✍ Transcribed
From A Voice from the American Gulag by Victor Caseres (author's profile)
Share this:
uploaded Aug. 2, 2011.  Original (PDF) 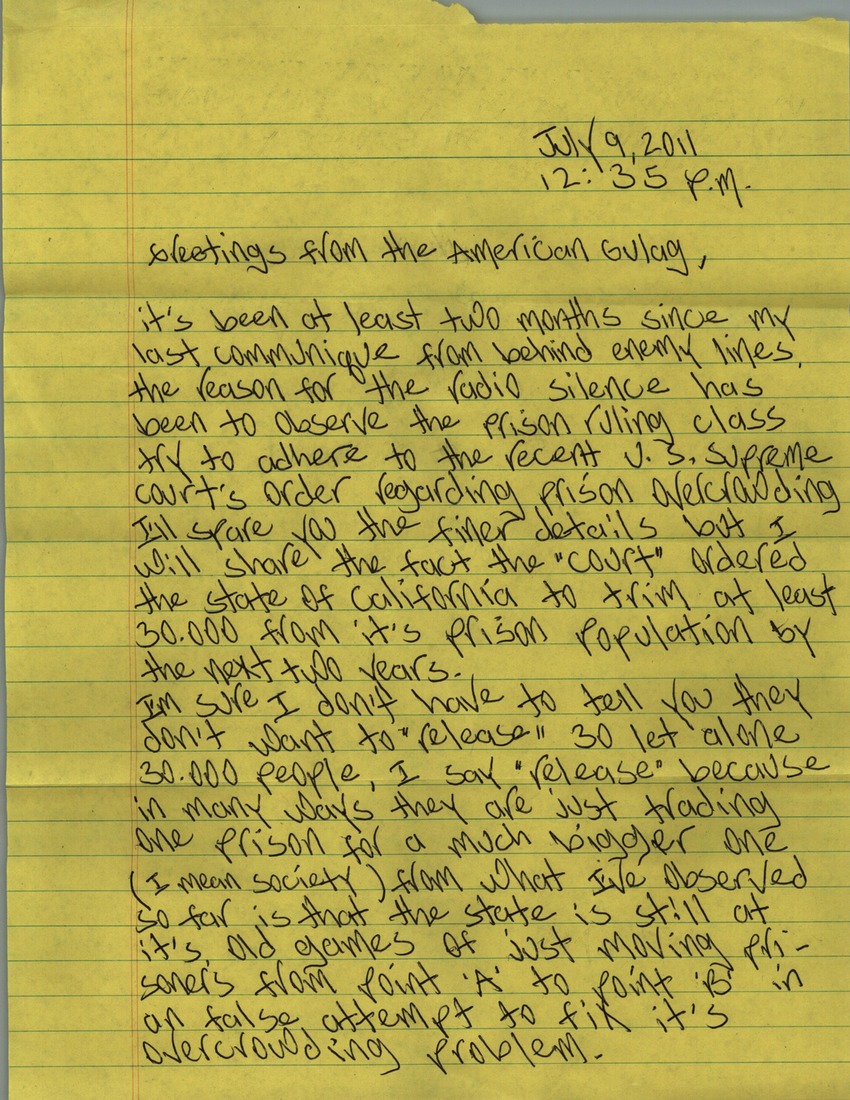 Greetings from the American Gulag.

It's been at least two months since my last communique from behind enemy lines. The reason for the radio silence has been to observe the prison ruling class try to adhere to the recent US Supreme Court's order regarding prison overcrowding. I'll spare you the finer details, but I will share the fact the "court" ordered the state of California to trim at least 30,000 from its prison population by the next two years.

I'm sure I don't have to tell you they don't want to "release" 30, let alone 30,000 people. I say "release" because, in many ways, they are just trading one prison for a much bigger one (I mean society). From what I've observed so far, the state is still at its old games of just moving prisoners from point A to point B in a false attempt to fix its overcrowding problem.