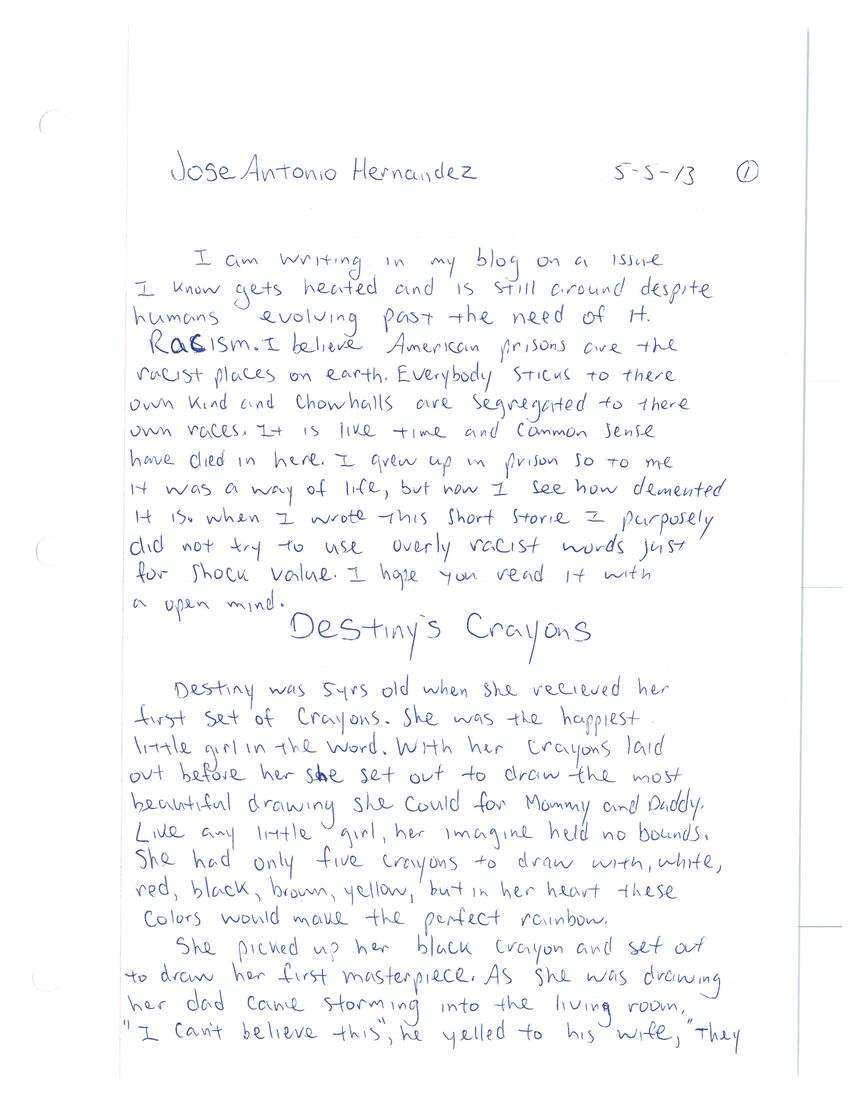 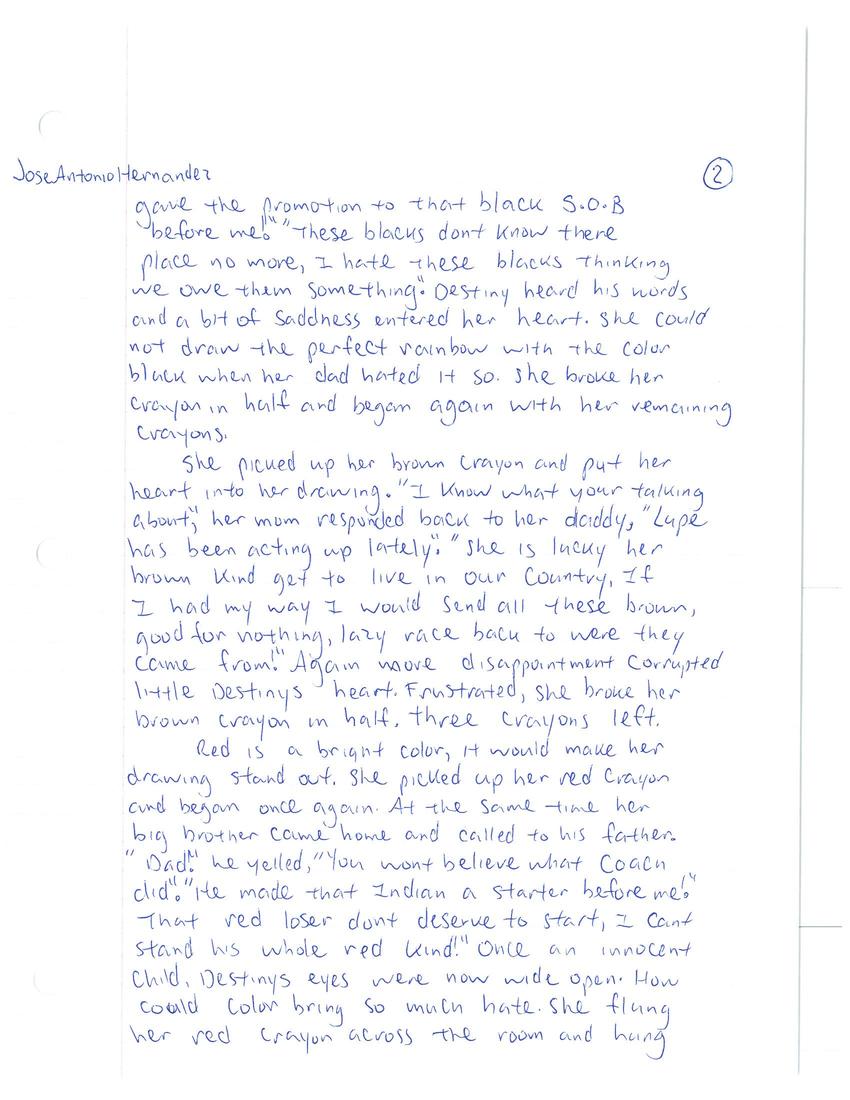 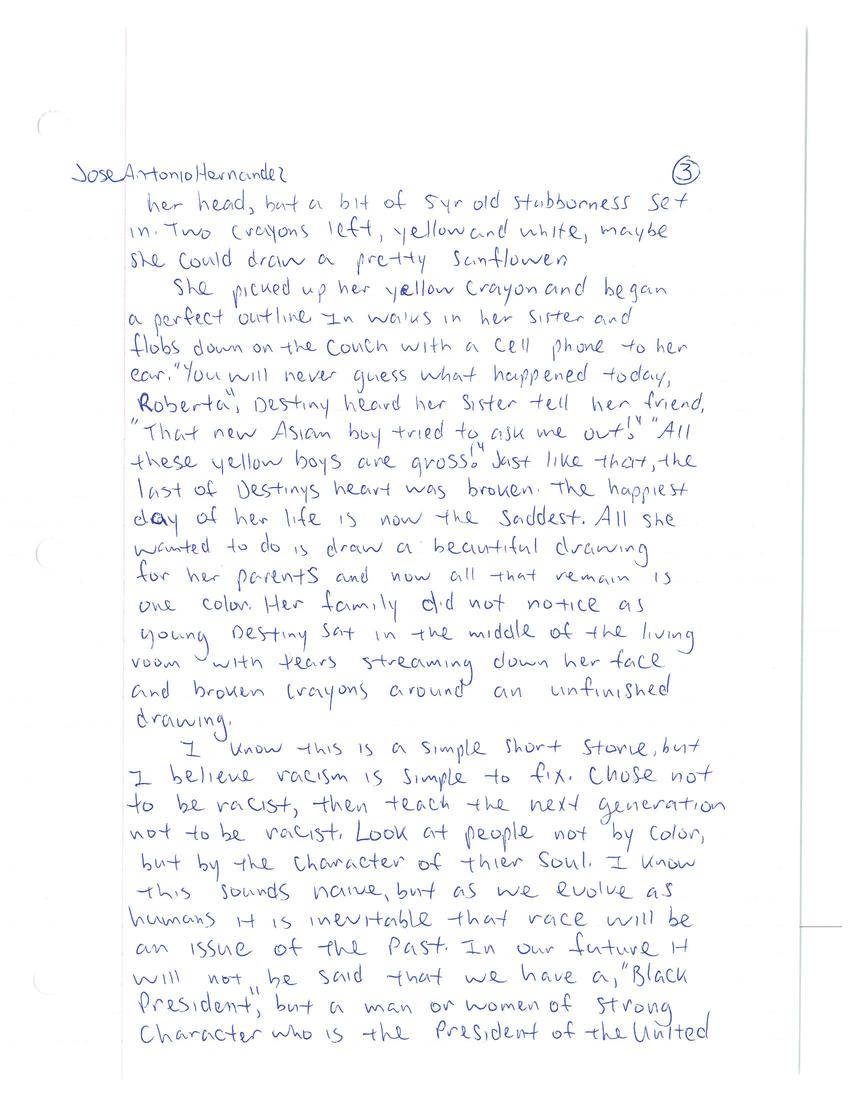 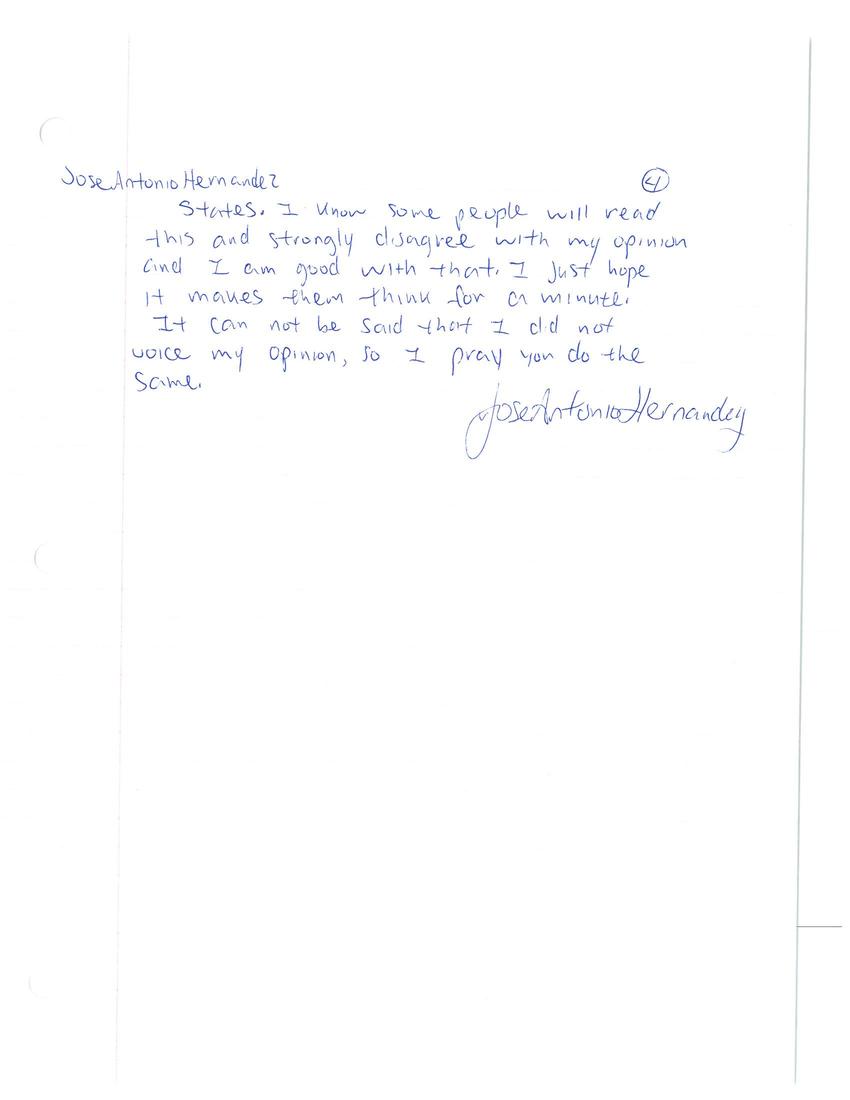 I am writing in my blog on a issue
I know gets heated and is still around despite
humans evolving past the need of it.
Racism. I believe American prisons are the
racist places on earth. Everybody sticus to there
own kind and chowhalls are segregated to there
own races. It is like time and common sense
have died in here. I grew up in prison so to me
it was a way of life, but now I see how demented
it is. When I wrote this short storie I purposely
did not try to use overly racist words just
for shock value. I hope you read it with
a open mind.

Destiny was 5 yrs old when she recieved her
first set of crayons. She was the happiest
little girl in the world. With her crayons laid
out before her she set out to draw the most
beautiful drawiing she could for Mommy and Daddy.
Like any little girl, her imagine held no bounds.
She had only five crayons to draw with, white,
red, black, brown, yellow, but in her heart these
colors would make the perfect rainbow.

She picked up her black crayon and set out
to draw her first masterpiece. As she was drawing
her dad came storming into the living room.
"I can't believe this", he yelled to his wife, "They

gave teh promotion to that black S.O.B
before me!" These blacks don't know there
place no more, I hate these blacks thinking
we owe them something." Destiny heard his words
and a bit of saddness entered her heart. She could
not draw the perfect rainbow with the color
black when her dad hated it so. She broke her
crayon in half and began again with her remaining
crayons.

She picked up her brown crayon and put her
heart into her drawing. "I know what your talking
about," her mom responded back to her daddy, "Lupe
has been acting up lately". "She is lucky her
brown kind get to live in our Country. If
I had my way I would send all these brown,
good for nothing, lazy race back to were they
came from!" Again more disappointment corrupted
little Destinys heart. Frustrated, she broke her
brown crayon in half. three crayons left.

Red is a bright color, it would make her
drawing stand out. She picked up her red crayon
and began once again. At the same time her
big brother came home and called to his father.
"Dad!" he yelled,"You won't believe what Coach
did." "He made that Indian a starter before me!"
That red loser don't deserve to start, I can't
stand his whold red kind!" Once an innocent
child. Destinys eyes were now wide open. How
could color bring so much hate. She flung
her red crayon across the room and hung

her head, but a bit of 5 yr old stubborness set
in. Two crayons left, yellow and white, maybe
she could draw a pretty sunflower.

She picked up her yellow crayon an began
a perfect outline. In wa'us in her sister and
flobs down on the couch with a cell phone to her
ear. "You will never guess what happened today,
Roberta", Destiny heard her Sister tell her friend,
"That new Asian boy tried to ask me out!" "All
these yellow boys are gross!" Just like that, the
last of Destinys heart was broken. The happiest
day of her life is now the saddest. All she
wanted to do is draw a beautiful drawing
for her parents and now all that remain is
one color. Her family did not notice as
young Destiny sat in the middle of the living
room with tears streaming down her face
and broken crayons around an unfinished
drawing.

I know this is a simple short storie, but
I believe racism is simple to fix. Chose not
to be racist, then teach the next generation
not to be racist. Look at people not by color,
but by the character of their soul. I know
this sounds naive, but as we evolve as
humans it is inevitable that race will be
an issue of the past. In our future it
will not be said that we have a, "Black
President," but a man or women of strong
character who is the President of the United

States. I know some people will read
this and strongly disagree with my opinion
and I am good with that. I just hope
it makes them think for a minute.
It can not be said that I did not
voice my opinion. So I pray you do the
same.

Nice story about the awful truth of how life is these days. Racism is a touchy for many because one of two reasons either they don't want to admit its going on, or they are racist themselves. Keep writing and voicing your opinions you have true knowledge.