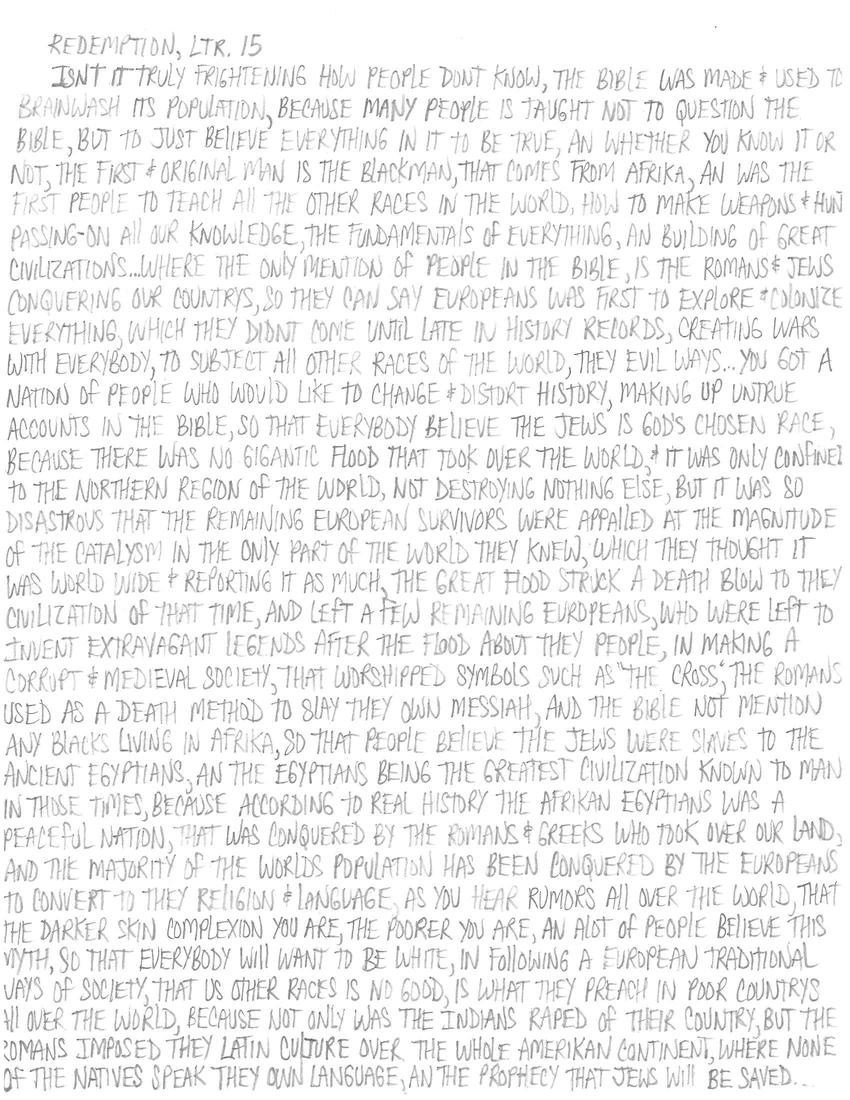 Isn't it truly frightening how people don't know, the Bible was made and used to brainwash its population, because many people are taught not to question the Bible, but to just believe everything in it to be true, and whether you know it or not, the first and original man is the black man, that comes from Africa, and was the first people to teach all the other races in the world, how to make weapons and hunt, passing on all our knowledge, the fundamentals of everything, and the building of great civilisations. Where the only mention of people in the Bible, is the Romans and Jews conquering our countries, so they can say Europeans were the first to explore and colonise everything, when they didn't come until late in history records, creating wars with everybody, to subject all other races of the world, the evil ways. You have got a nation of people who would like to change and distort history, making up untrue accounts in the Bible, so that everybody believe the Jews are God's chosen race, because there were no gigantic flood that took over the world, and it was only confined to the northern region of the world, not destroying nothing else, but it was so disastrous that the remaining European survivors were appalled at the magnitude of the ? in the only part of the world they knew, which they thought was worldwide and reporting it as such, the great flood struck a death blow to their civilisation of that time, and left a few remaining Europeans, who were left to invent extravagant legends after the flood about their people, in making a corrupt and medieval society, that worshipped symbols such as "the cross", the Romans used as a death method to slay their own Messiah, and the bible not to mention any blacks living in Africa, so that people believe the Jews were slaves to the ancient Egyptians, and the Egyptians being the greatest civilisation know to man in those times, because according to real history the African Egyptians was a peaceful nation, that was conquered by the Romans and Greeks who took over our land and the majority of the world's population has been conquered by the Europeans to convert to their religion and language, as you hear rumours all over the world, that the darker skin complexion you are, the poorer you are, and a lot of people believe this myth, so that everybody will want to be white, in following European traditional ways of society, that us other races are no good is what they preach in poor countries, all over the world, because not only were the Indians raped of their country, but the Romans imposed their Latin culture over the whole American continent, where none of the natives speak their own language, and the prophecy that Jews will be saved.