The High Road To Jim Crow 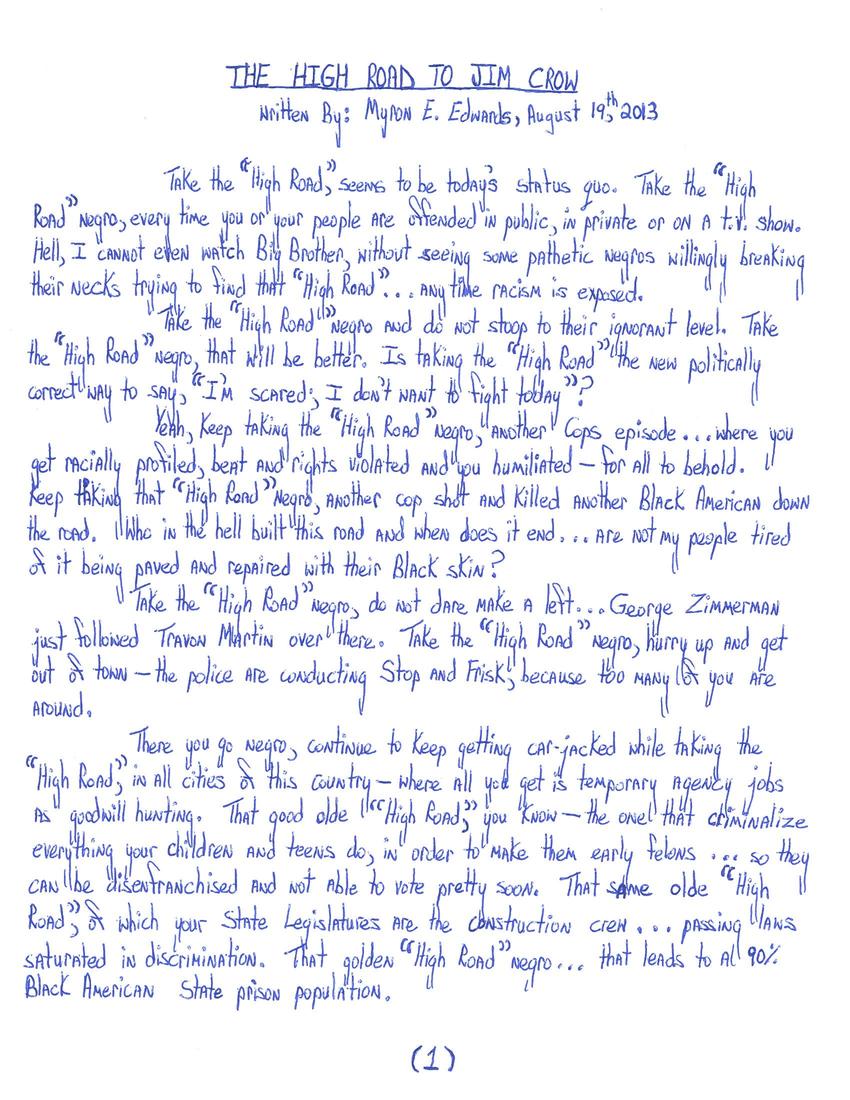 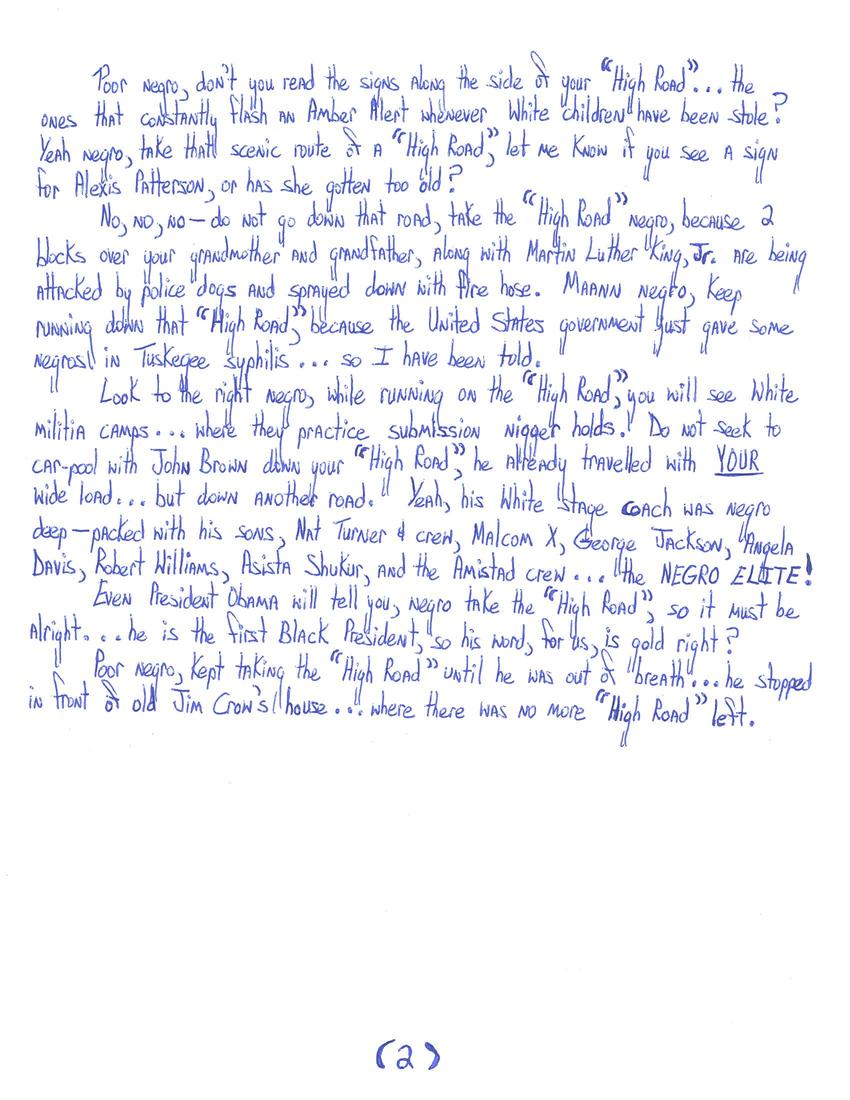 Take the "High Road," seems to be today's status quo. Take the "High Road" negro, every time you or your people are offended in public, in private or on a t.v. show. Hell, I cannot even watch Big Brother, without seeing some pathetic negros willingly breaking their necks trying to find that "High Road"... any time racism is exposed.

Yeah, keep taking the "High Road" negro, another Cops episode... where you get racially profiled, beat and rights violated and you humiliated - for all to behold. Keep taking that "High Road" negro, another cop shot and killed another Black American down the road. Who in the hell built this road and when does it end... are not my people tired of it being paved and repaired with their Black skin?

There you go negro, continue to keep getting car-jacked while taking the "High Road," in all cities of this country - where all you get is temporary agency jobs as goodwill hunting. That good olde "High Road," you know - the one that criminalize everything your children and teens do, in order to make them early felons... so they can be disenfranchised and not able to vote pretty soon. That same olde "High Road," of which your State Legislatures are the construction crew... passing laws saturated in discrimination. That golden "High Road" negro... that leads to all 90% Black American State prison population.

Poor negro, don't you read the signs along the side of your "High Road"... the ones that constantly flash an Amber Alert whenever White children have been stole? Yeah negro, take that scenic route of a "High Road," let me know if you see a sign for Alexis Patterson, or has she gotten too old?

No, no, no - do not go down that road, take the "High Road" negro, because 2 blocks over your grandmother and grandfather, along with Martin Luther King, Jr. are being attacked by police dogs and sprayed down with fire hose. Maann negro, keep running down that "High Road," because the United States government just gave some negros in Tuskegee syphilis... so I have been told.

Look to the right negro, while running on the "High Road," you will see White militia camps... while they practice submission nigger holds. Do not seek to car-pool with John Brown down your "High Road," he already traveled with YOUR wide load... but down another road. Yeah, his White stage coach was negro deep-packed with his sons, Nat Turner & crew, Malcom X, George Jackson, Angela Davis, Robert Williams, Asista Shukur, and the Amistad crew... the NEGRO ELITE!

Even President Obama will tell you, take the "High Road," so it must be alright... he is the first Black President, so his word, for us, is gold right?

Poor negro, kept taking the "High Road" until he was out of breath... he stopped in front of old Jim Crow's house... where there was no more "High Road" left.