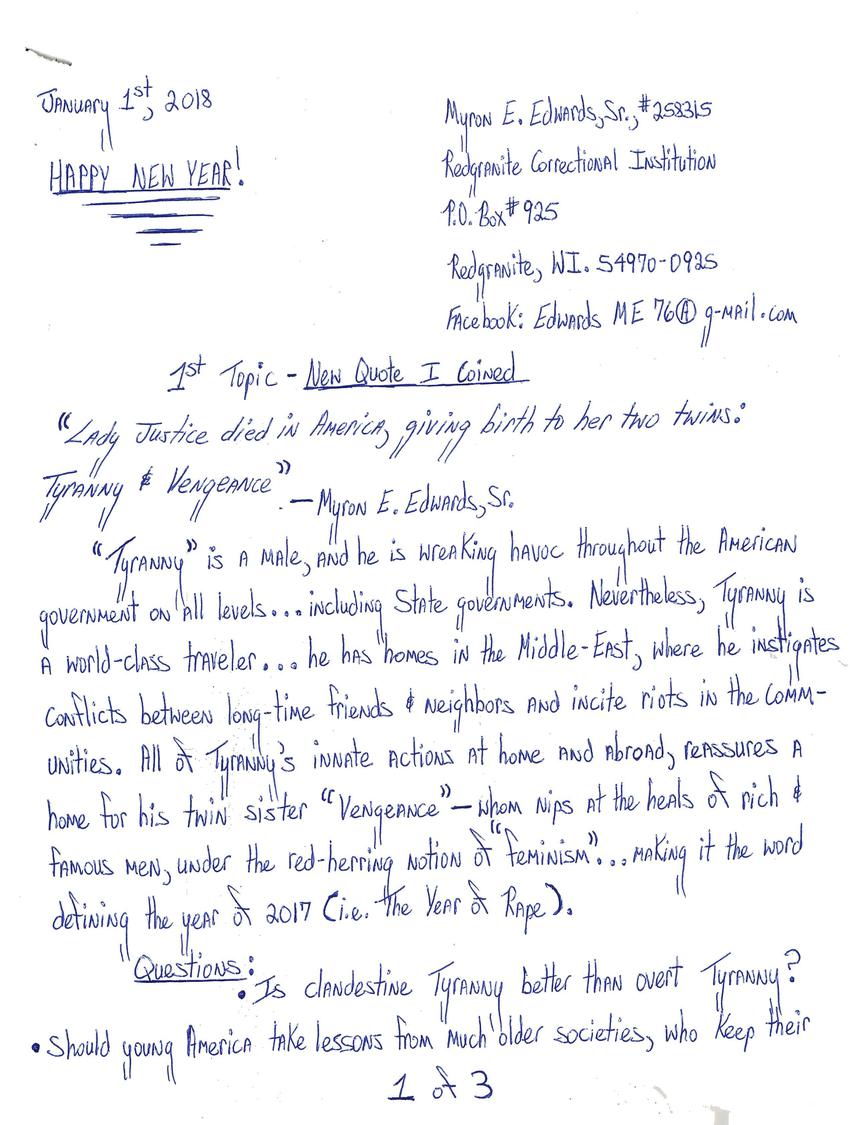 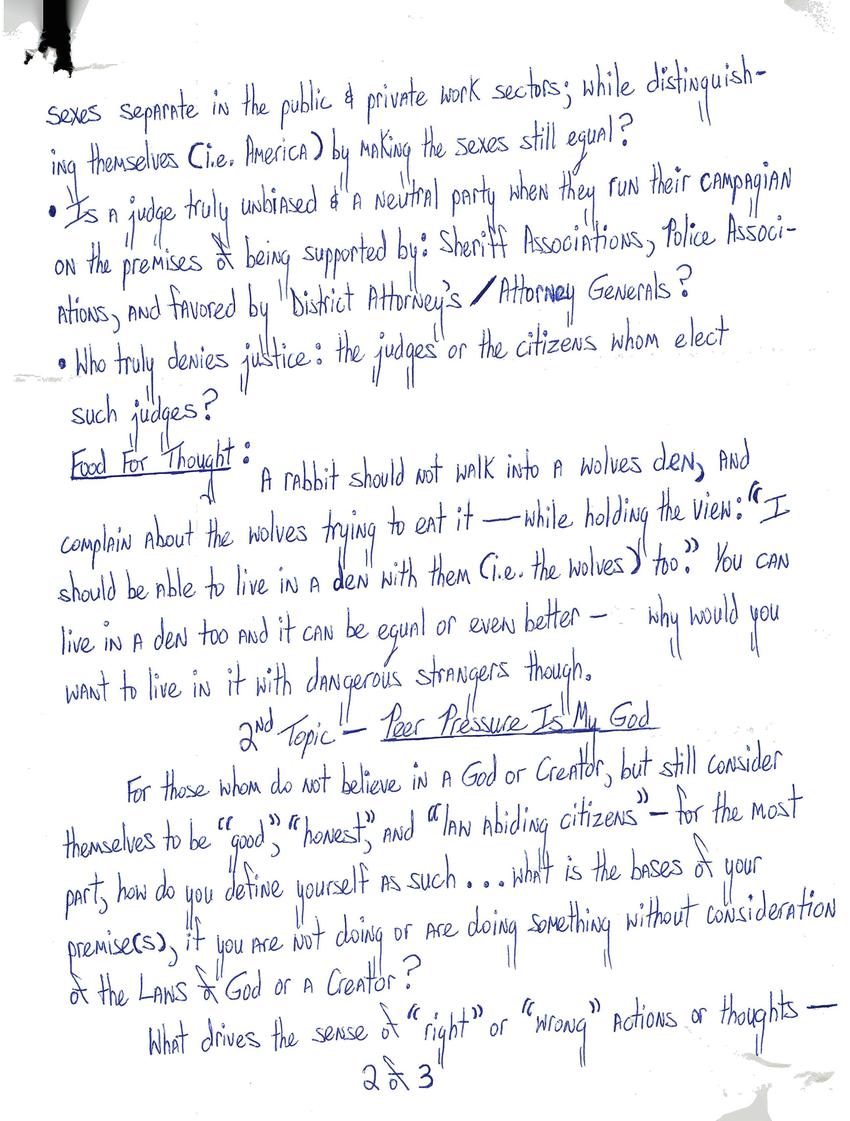 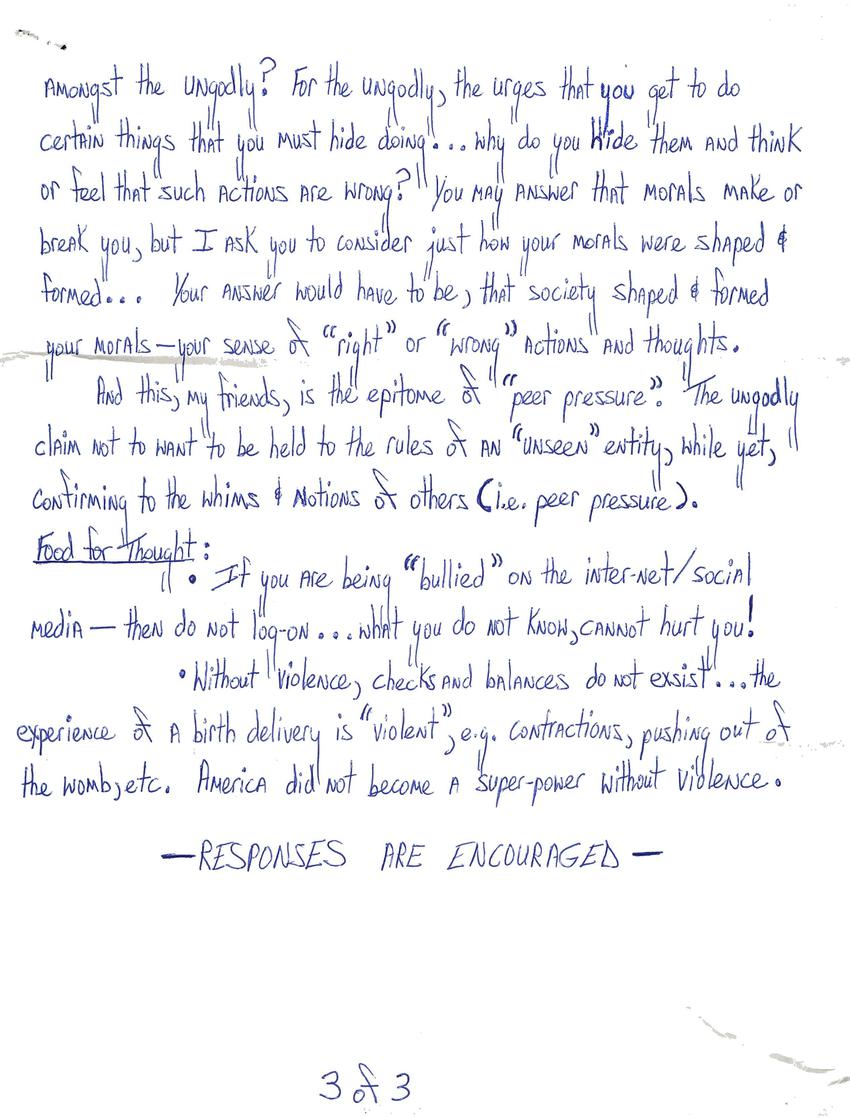 Tyranny is a male, and he is wrecking havoc throughout the American government on all levels, including state governments. Nevertheless, Tyranny is a world-class traveler. He has homes in the Middle East, where he instigates conflicts between long-time friends and neighbors, and incites riots in the communities. All of Tyranny's innate actions at home and abroad reassures a home for his twin sister, Vengeance, whom nips at the heels of rich and famous men under the red herring notion of "feminism", making it the word defining the year of 2017 (i.e. the year of rape).

Questions:
*Is clandestine Tyranny better than overt Tyranny?
*Should young America take lessons from much older societies who keep their sexes separate in the public and private work sectors while distinguishing themselves (i.e. America) by making the sexes still equal?
*Is a judge truly unbiased and a neutral party when they run their campaign on the premises of being supported by sheriff associates, police associations, and/or favored by District Attorneys/Attorney Generals?
*Who truly denies justice: the judges or the citizens whom elect such judges?

Food for thought:
A rabbit should not walk into a wolves' den and complain about the wolves trying to eat it while holding the view: "I should be able to live in a den with them too." You can live in a den too, and it can be equal or even better. Why would you want to live in it with dangerous strangers though?

Peer Pressure is My God
For those who do not believe in God or Creator but still consider themselves to be "good", "honest", and "law-abiding citizens" for the most part, how do you define yourself as such? What is the basis of your premise(s) if you are not doing something without consideration of the laws of a god or creator?

What drives the sense of "right" or "wrong" amongst the ungodly? For the ungodly, the urges that you get to do certain things that you must hide doing... why do you hide them and think or feel that such actions are wrong? You may answer that morals make or break you, but I ask you to consider just how your morals were shaped and formed. Your answer would have to be that society shaped and formed your morals, your sense of "right" or "wrong" actions and thoughts.

And this, my friends, is the epitome of "peer pressure". The ungodly claim not to want to be held to the rules of an "unseen" entity yet conform to the whims and notions of others (i.e. peer pressure).

Food for thought:
*If you are being bullied on the Internet/social media, then do not log in. What you do not know cannot hurt you!
*Without violence, checks and balances do not exist. The experience of giving birth is violent (contractions, pushing out of the womb, etc.). America did not become a super-power without violence.