They Say Freedom Is Power... 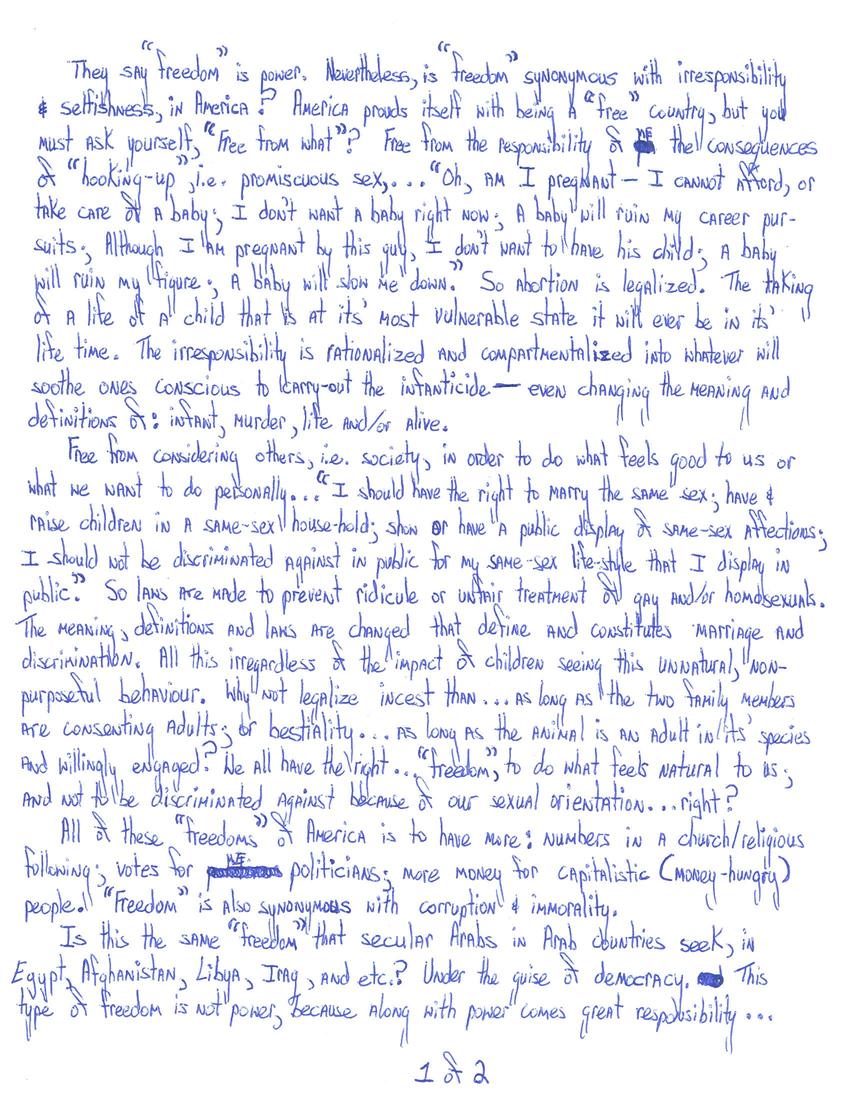 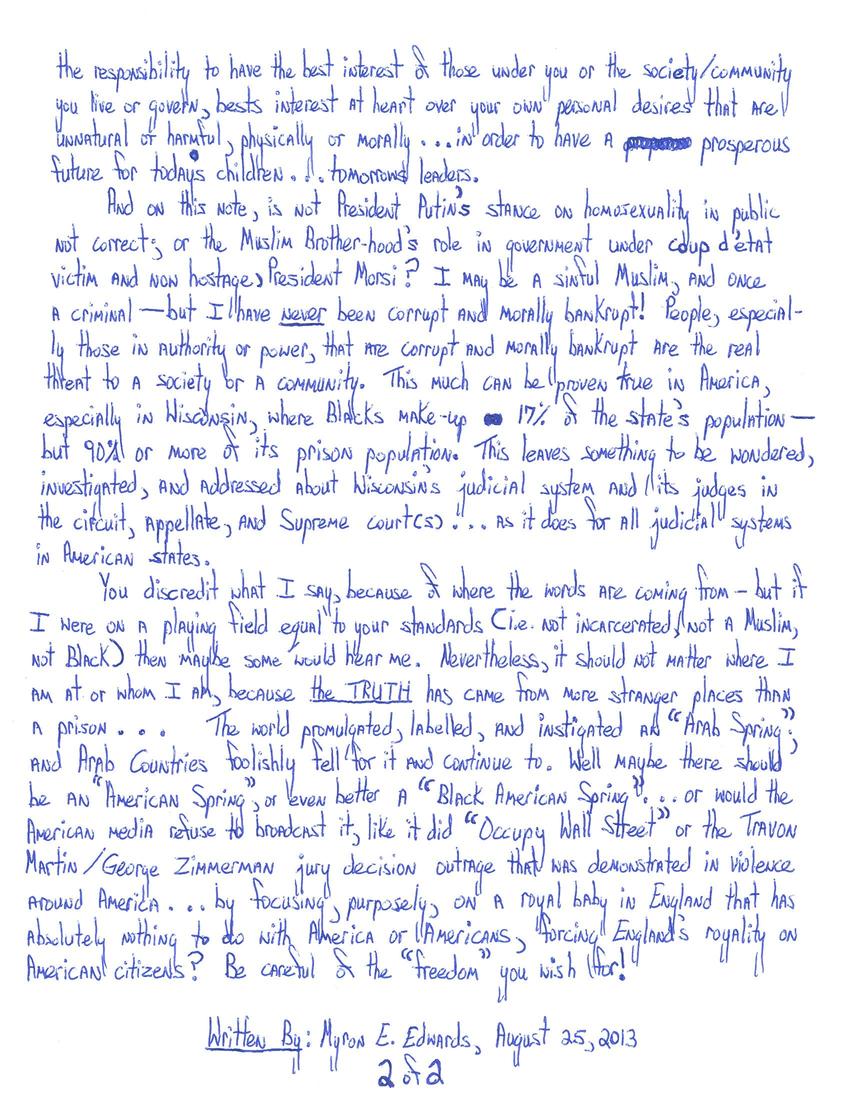 They say "freedom" is power. Nevertheless, is "freedom" synonymous with irresponsibility & selfishness, in America? America prouds itself with being a "free" country, but you must ask yourself, "free from what?" Free from the responsibility of ne the consequences of "hooking-up", i.e. promiscuous sex... "Oh, am I pregnant - I cannot afford, or take care of a baby; I don't want a baby right now; a baby will ruin my career pursuits; although I am pregnant by this guy, I don't want to have his child; a baby will ruin my figure; a baby will slow me down." So abortion is legalized. The taking of a life of a child that is at its most vulnerable state it will ever be in its life time. The irresponsibility is rationalized and compartmentalized into whatever will soothe one's conscience to carry-out the infanticide - even changing the meaning and definitions of: infant, murder, life and/or alive.

Free from considering others, i.e. society, in order to do what feels good to us or what we want to do personally... "I should have the right to marry the same sex; have & raise children in a same-sex household; show or have a public display of same-sex affections; I should not be discriminated against in public for my same-sex lifestyle that I display in public." So laws are made to prevent ridicule or unfair treatment of gay and/or homosexuals. The meaning, definitions and laws are changed that define and constitutes marriage and discrimination. All this irregardless of the impact of children seeing this unnatural non-purposeful behavior. Why not legalize incest then... as long as the two family members are consenting adults; or bestiality... as long as the animal is an adult in its species and willingly engaged? We all have the right... "freedom", to do what feels natural to us; and not to be discriminated against because of our sexual orientation... right?

All of these "freedoms" in America is to have more: numbers in a church/religious following; votes for politicians; more money for capitalistic (money-hungry) people. "Freedom" is also synonymous with corruption & immorality.

Is this the same "freedom" that secular Arabs in Arab countries seek, in Egypt, Afghanistan, Libya, Iraq, and etc.? Under the guise of democracy. This type of freedom is not power, because along with power comes great responsibility... the responsibility to have the best interest of those under you or the society/community you live or govern, bests interest at heart over your own personal desires that are unnatural or harmful, physically or morally... in order to have a prosperous future for today's children... tomorrow's leaders.

And on this note, is President Putin's stance on homosexuality in public not correct; or the Muslim Brotherhood's role in government under coup d'etat victim and now hostage, President Morsi? I may be a sinful Muslim, and once a criminal - but I have NEVER been corrupt and morally bankrupt! People, especially those in authority or power, that are corrupt and morally bankrupt are the real threat to a society or a community. This much can be proven true in America, especially in Wisconsin, where blacks make up 17% of the state's population - but 90% or more of its prison population. This leaves something to be wondered, investigated, and addressed about Wisconsin's judicial system and its judges in the circuit, appellate and Supreme court(s)... as it does for all judicial systems in American states.

You discredit what I say, because of where the words are coming from - but if I were on a playing field equal to your standards (i.e. not incarcerated, not a Muslim, not black) then maybe some would hear me. Nevertheless, it should not matter where I am at or whom I am, because THE TRUTH has come from more stranger places than a prison... The world promulgated, labelled, and instigated an "Arab Spring", and Arab countries foolishly fell for it and continue to. Well, maybe there should be an "American Spring", or even better a "Black American Spring"... or would the American media refuse to broadcast it, like it did "Occupy Wall Street" or the Trayvon Martin/George Zimmerman jury decision outrage that was demonstrated in violence around America... by focusing, purposely, on a royal baby in England that has absolutely nothing to do with America or Americans, forcing England's royalty on American citizens? Be careful of the "freedom" you wish for!