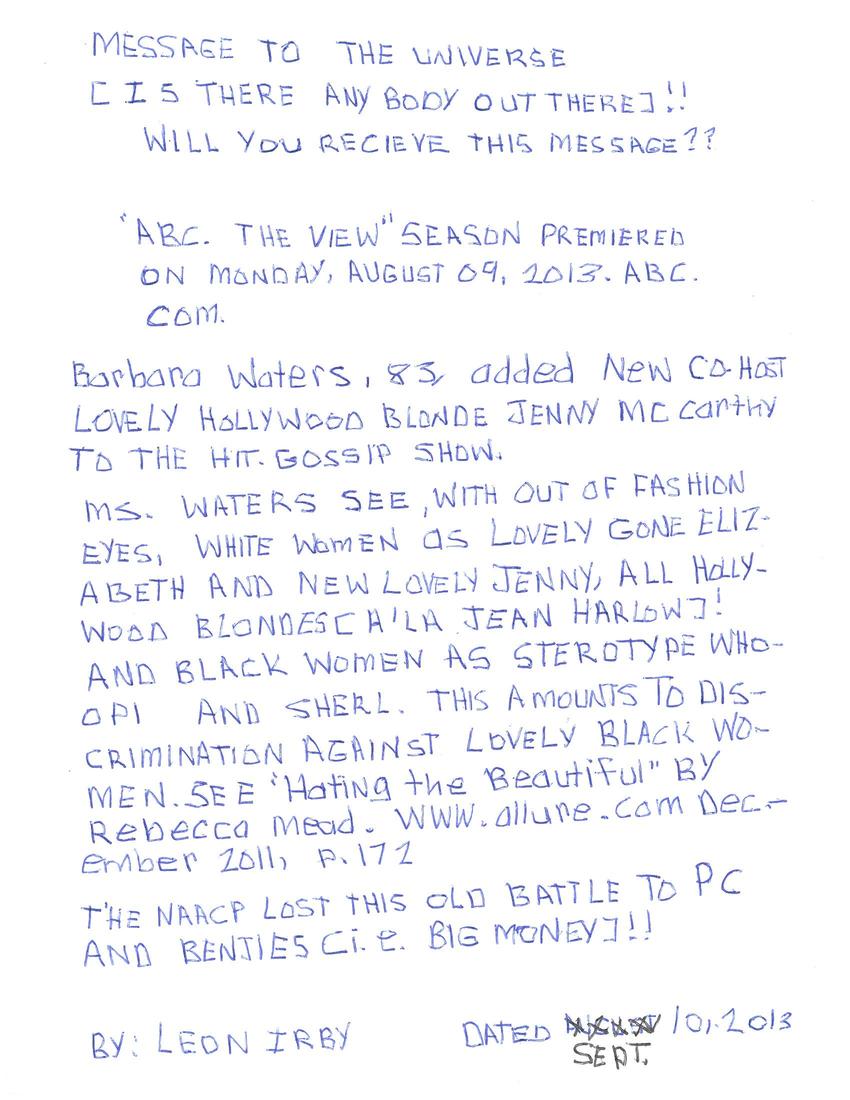 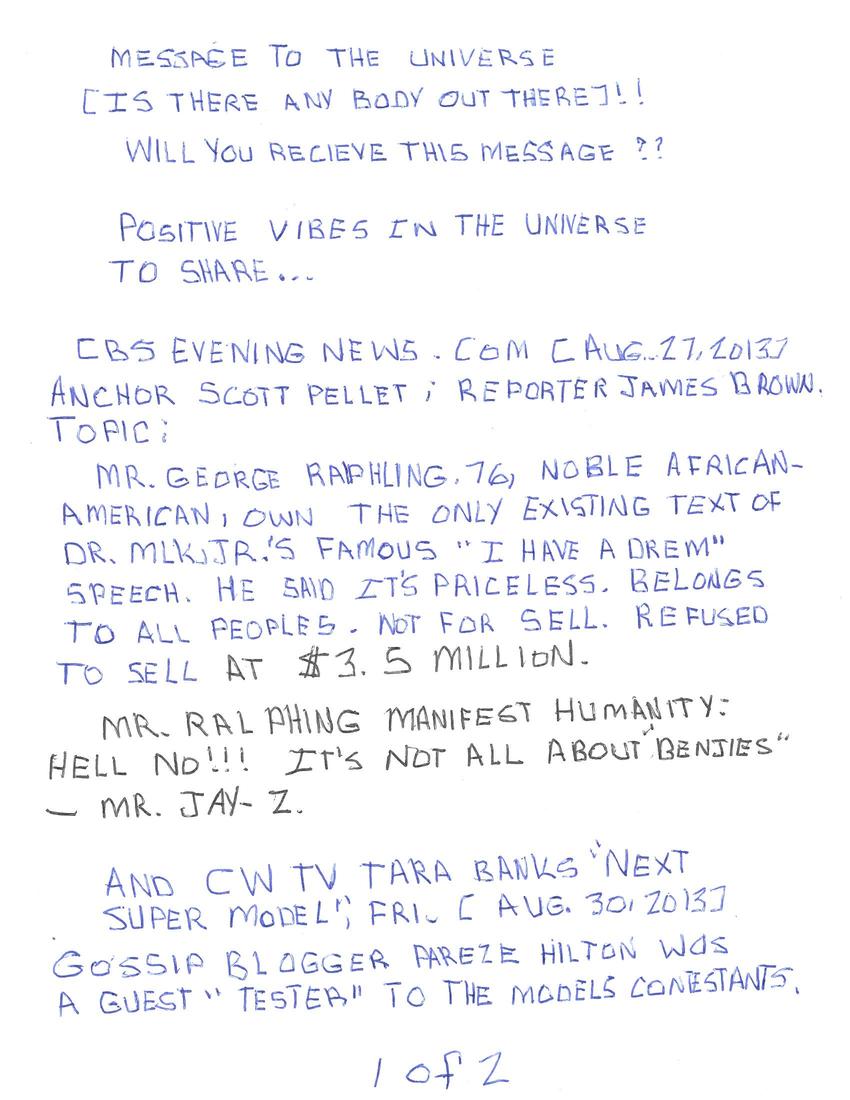 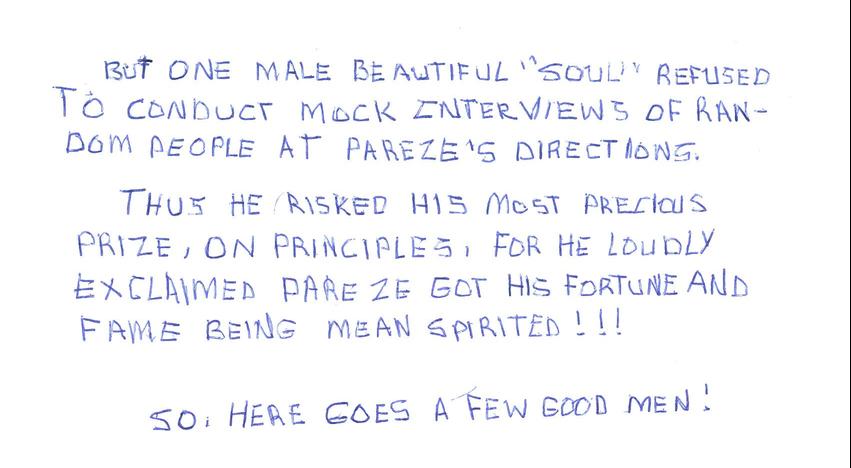 Message to the Universe
[Is there anybody out there]!!
Will you receive this message??

The NAACP lost this old battle to PC and Benjies [i.e. big money]!!

Message to the Universe
[Is there anybody out there]!!
Will you receive this message??

Mr. George Raphling, 76, noble African-American, own the only existing text of Dr MLK, Jr.'s famous "I Have a Dream" speech. He said it's priceless. Belongs to all people. Not for sell. Refused to sell at $3.5 million.

Mr. Ralphing manifest humanity: hell no!!! It's not all about "Benjies" - Mr. Jay-Z.

Thus he risked his most precious prize, on principles, for he loudly exclaimed Perez got his fortune and fame being mean spirited!!!