Some Time Gone By 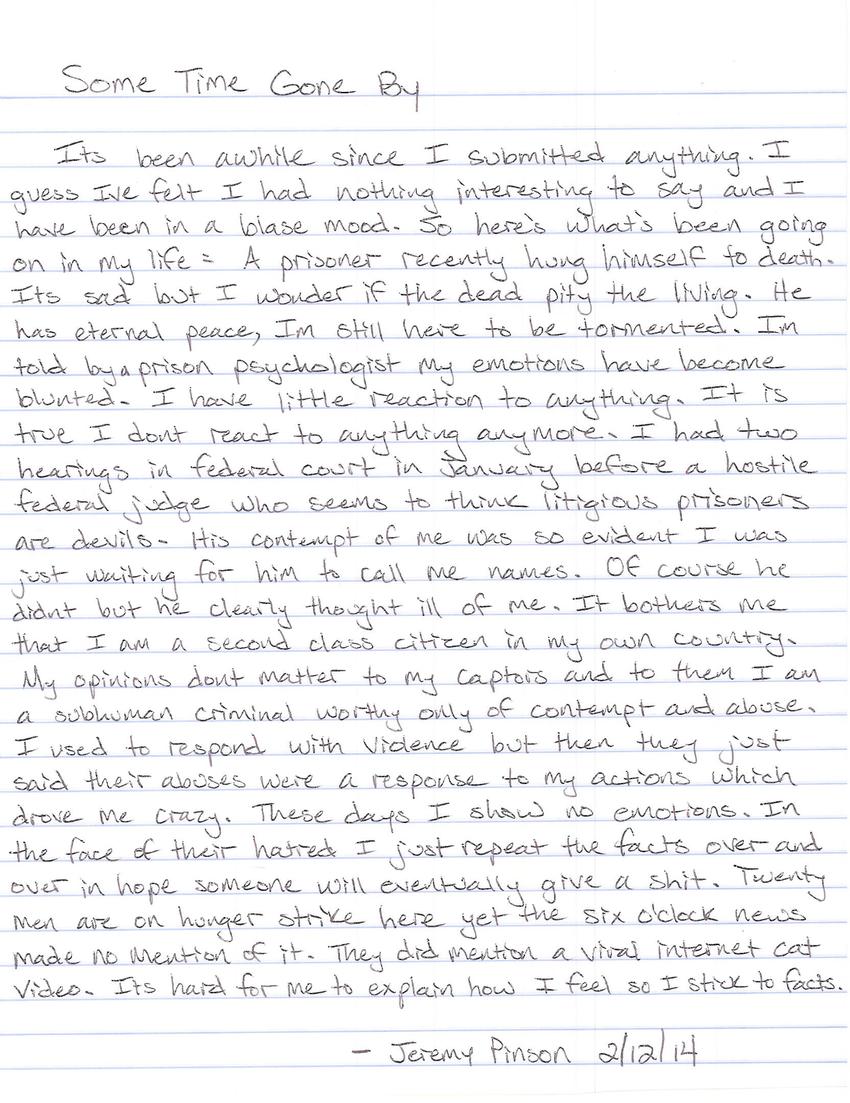 Some Time gone By

Its been awhile since I submitted anything. I guess Ive felt I had nothing interesting to say and I have been in a blase mood. So here's what's been going on in my life: A prisoner recently hung himself to death. Its sad but I wonder if the dead pity the living. He has eternal peace, I'm still here to be tormented. Im told by a prison psychologist my emotions have become blunted. I have little reaction to anything. It is true I dont react to anything anymore. I had two hearings in federal court in January before a hostile federal judge who seems to think litigious prisoners are devils. His contempt of me was so evident I was just waiting for him to call me names. Of course he didnt but he clearly thought ill of me. It bothers me that I am a second class citizen in my own country. My opinions dont matter to my captors and to them I am a subhuman criminal worthy only of contempt and abuse. I used to respond with violence but then they just said their abuses were a response to my actions which drove me crazy. These days I show no emotions. In the face of their hatred I just repeat the facts over and over in hope someone will eventually give a shit. Twenty men are on hunger strike here yet the six o'clock news made no mention of it. They did mention a viral internet cat video. Its hard for me to explain how I feel so I stick to facts.
-Jeremy Pinson 2/12/14

Thanks for your post! I don't know what to make of our cat videos being on the news. I think the news channels must have changed over the decades, from providing real content to viewers who reacted to that content with thoughts and engaged reactions. Now the news seems to pander to viewership and is going along the lines of entertainment... I don't know how we get back to the news before -- not that it was perfect, but at least it was encouraging people to think about issues, rather than distract themselves with funny or cute things. - Katrina, medical student in Boston