What's In Your Name? 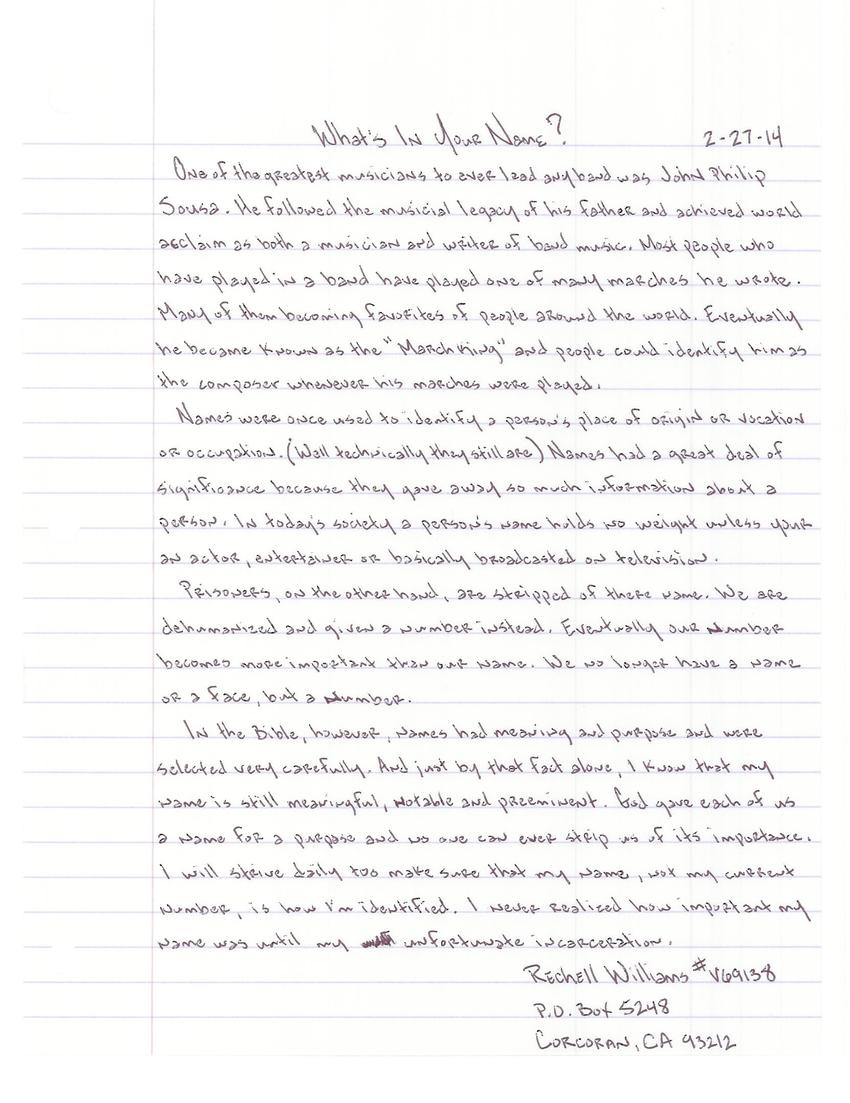 One of the greatest musicians to ever lead any band was John Philip Souse. He followed the musical legacy of his Father and achieved world acclaim as both a musician and writer of band music. Most people who have played in a band have played one of many marches he wrote. Many of them becoming favorites of people around the world. Eventually he became known as the March King" and people could identify him as the composer whenever his marches were played.

Names were once used to identify a person's place of origin or vocation or occupation. (Well technically they still are) Names had a great deal of significance because they gave away so much information about a person. In today's society a person's name holds no weight unless your an actor, entertainer or basically broadcasted on television.

Prisoners, on the other hand, are stripped of their name. We are determined and given a number instead. Eventually our number becomes more important than our name. We no longer have a name or a face, but a number.

In the bible, however, names had meaning and purpose and were selected very carefully. And just by that fact alone, I know that my name is still meaningful, notable and preeminent. god gave each of us a name for a purpose and no one can ever strip us of its importance. I will strive daily too make sure that my name, not my current number, is how I'm identified. I never realised how important my name was until my unfortunate incarceration.

why do you feel names have no weight in our current society? With the internet they might have more weight right? people can find you more easily by searching for your name. they can find all your content. What do you think about name dropping? e.g., I say I've been talking with madonna etc. it gives me a certain status to drop certain names.

What does a name mean for you now? Why do you think it's important to keep your name instead of a number? how related is your name to your identity?