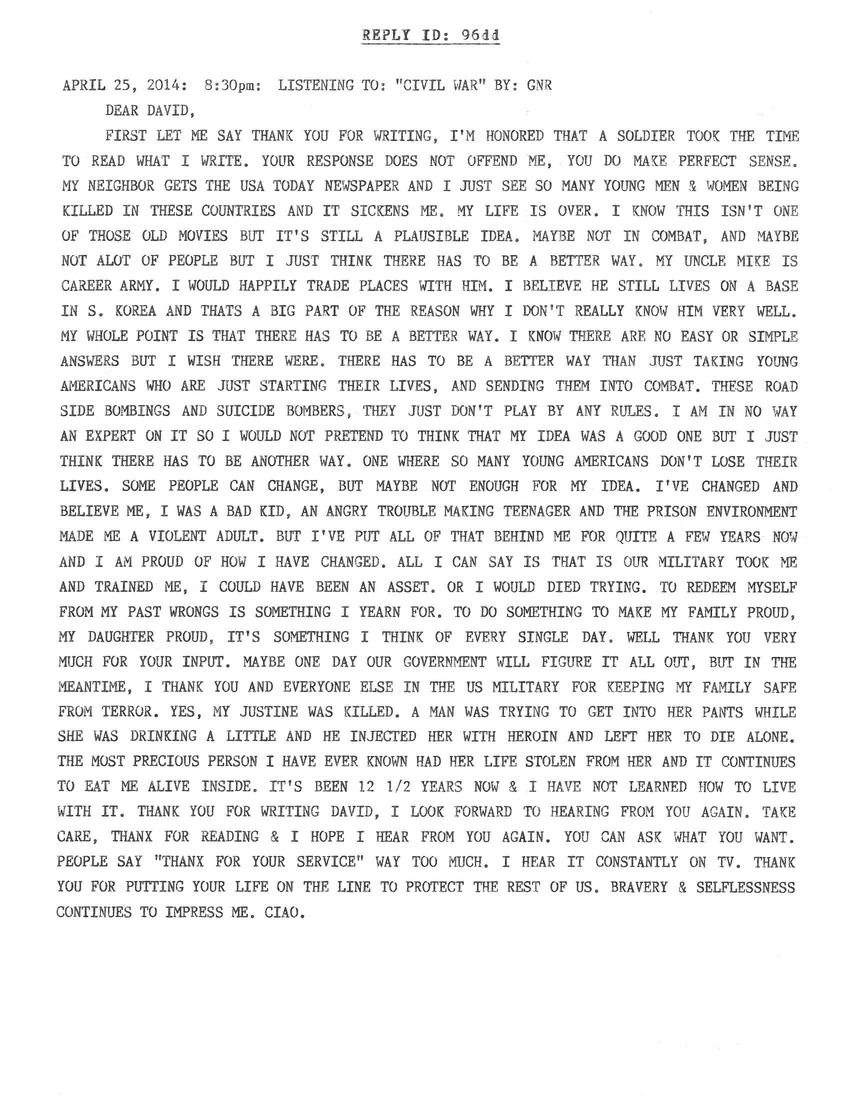 First let me say thank you for writing, I'm honoured that a soldier took the time to read what I write. Your response does not offend me, you do make perfect sense. My neighbour gets the USA today newspaper and I just see so many young men and women being killed in these countries and it sickens me. My life is over. I know this isn't one of those old movies but it's still a plausible idea. Maybe no in combat, and maybe not a lot of people but I just think that there has to be a better way. My uncle Mike is career army. I would happily trade places with him. I believe he still lives on a base in S. Korea and that's a big part of the reason why I don't really know him very well. My whole point is that there has to be a better way. I know there are no easy or simple answers but I wish I was there. There has to be a better way than just taking young Americans who are just starting their lives, and sending them into combat. These road side bombings and suicide bombers, they just don't play by any rules. I am in no way an expert on it so I would not pretend to think that my idea was a good one but I just think there has to be another way. One where so many Americans don't lose their lives. Some people can change, but maybe not enough for my idea. I've changed and believe me, I was a bad kid, an angry trouble making teenager and the prison environment made me a violent adult. But I've put all of that behind me for quite a few years now and I am proud of how I have changed. All I can say is that our military took me and trained me, I could have been an asset. Or I would have died trying. To redeem myself from my past wrongs is something I yearn for. To do something to make my family proud, my daughter proud, it's something I think of every single day. Well thank you very much for your input. Maybe one day our government will figure it all out, but in the meantime, I thank you and everyone else in the US military for keeping my family safe from terror. Yes, my Justine was killed. A man was trying to get into her pants while she was drinking a little and he injected her with heroin and left her to die alone. The most precious person I have ever known had her life stolen from her and it continues to eat me alive inside. It's been 12 1/2 years now and I have not learned how to live with it. Thank you for writing David, I look forward to hearing from you again. Take care, thanks for reading and I hope I hear from you again. You can ask what you want. People say 'thanks for your service' way too much. I hear it constantly on TV. Thank you for putting your life on the line to protect the rest of us. Bravery and selflessness continues to impress me. Ciao.

Thanks for writing! I finished the transcription for your post. Sorry to hear that you have had a struggle in life, and lost the person you love, I had a friend who was an addict and him and his girlfriend took too much heroin one night and she woke up the next day and she didn't, he is tormented by it every day, I hope that you find peace, just because you move on doesn't mean that you have forgotten her, far from it.
(scanned reply – view as blog post)
uploaded June 23, 2014.  Original (PDF) 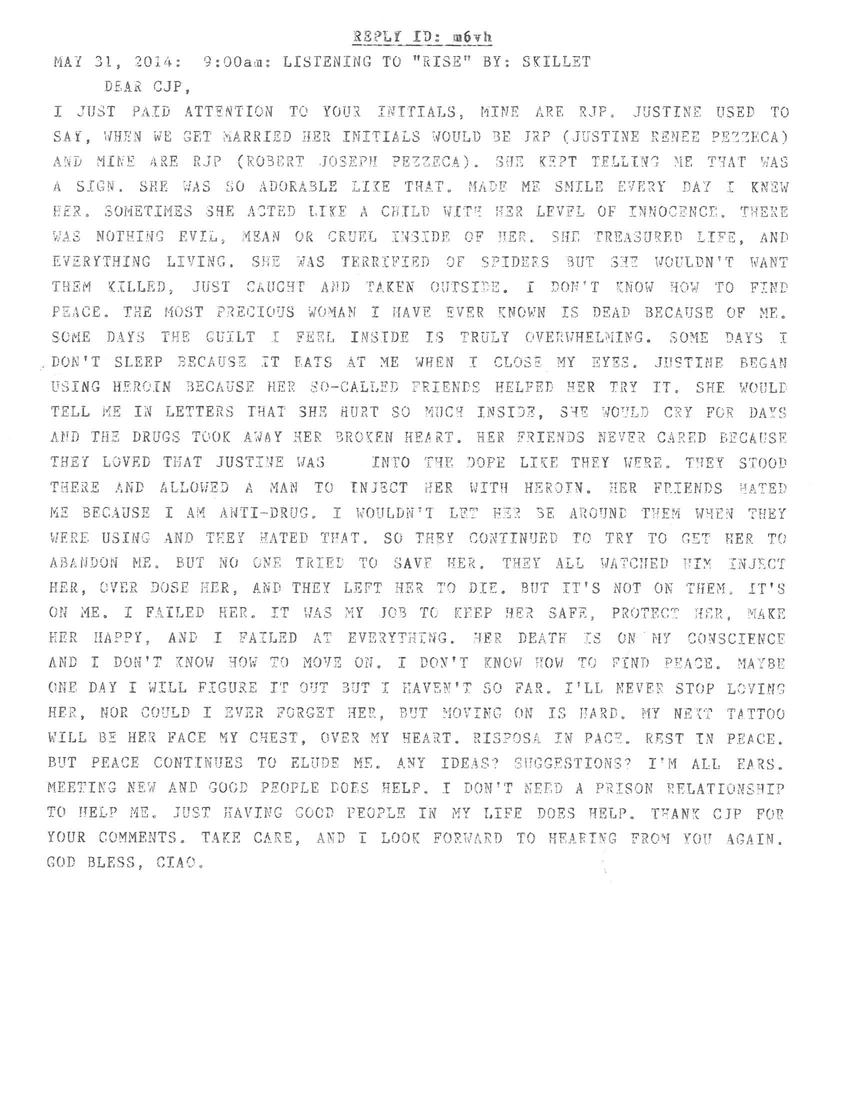