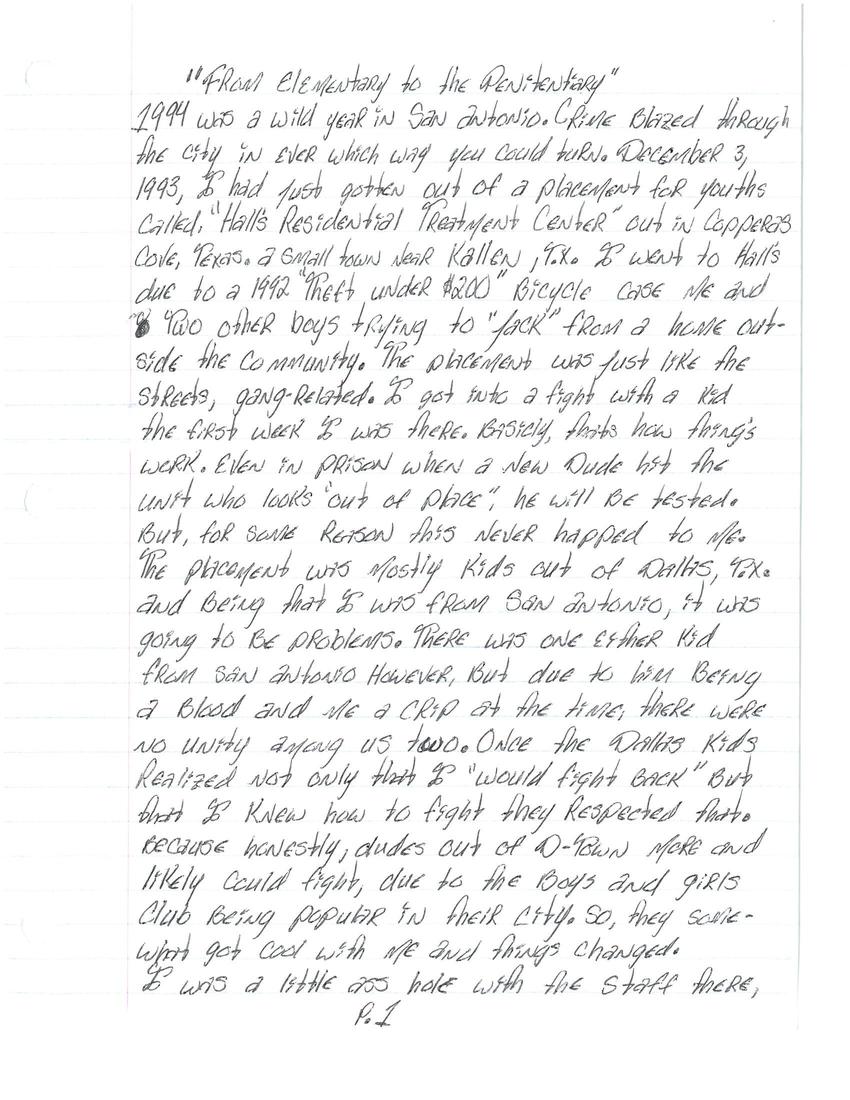 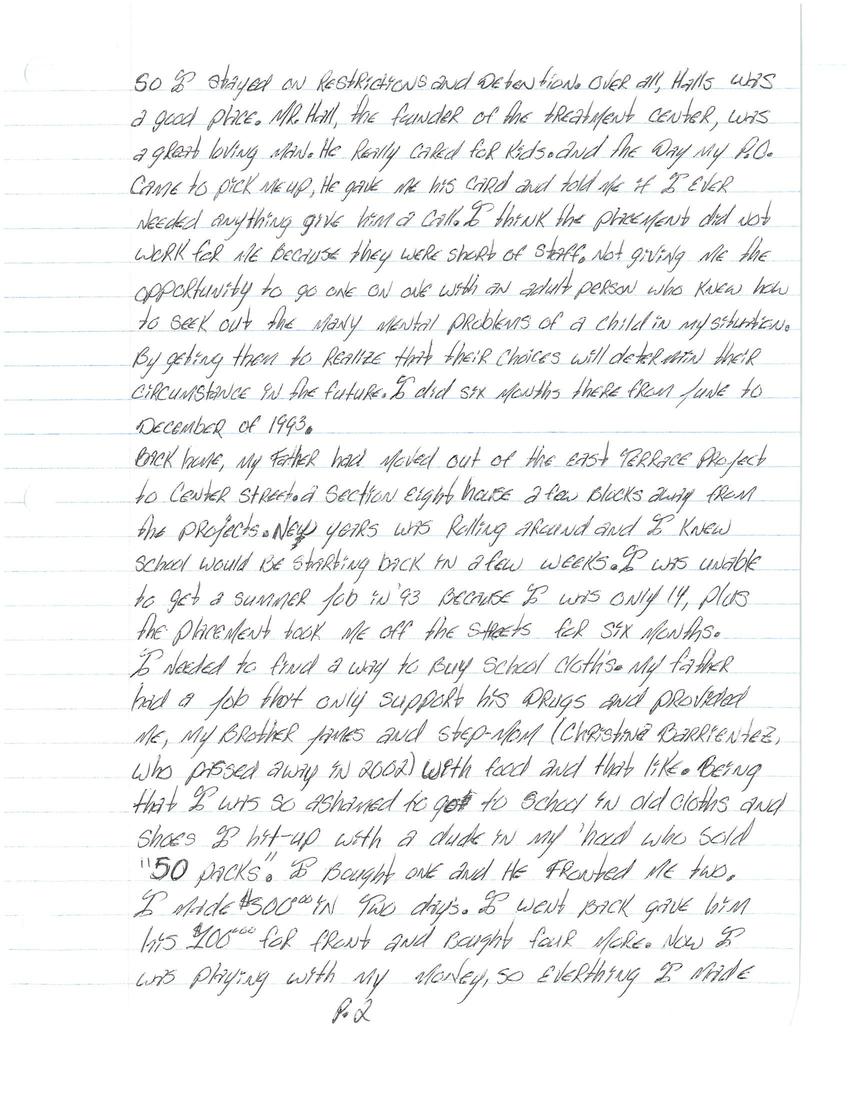 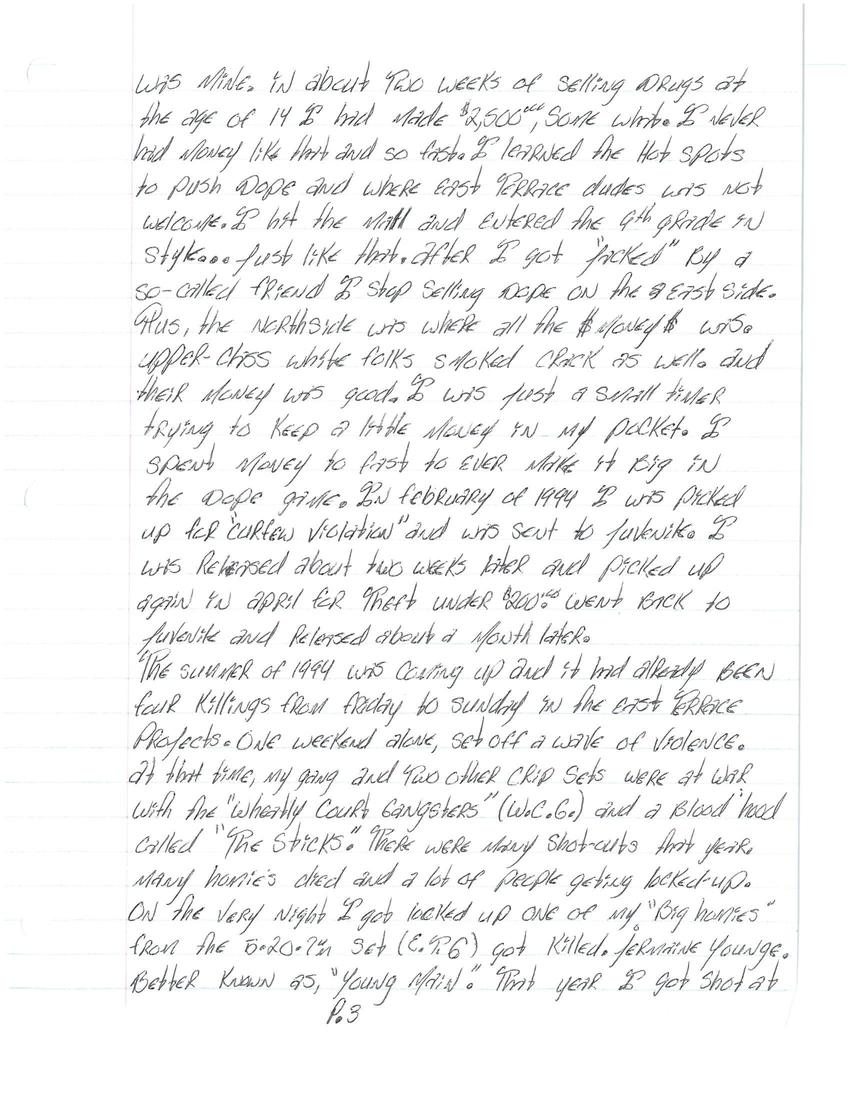 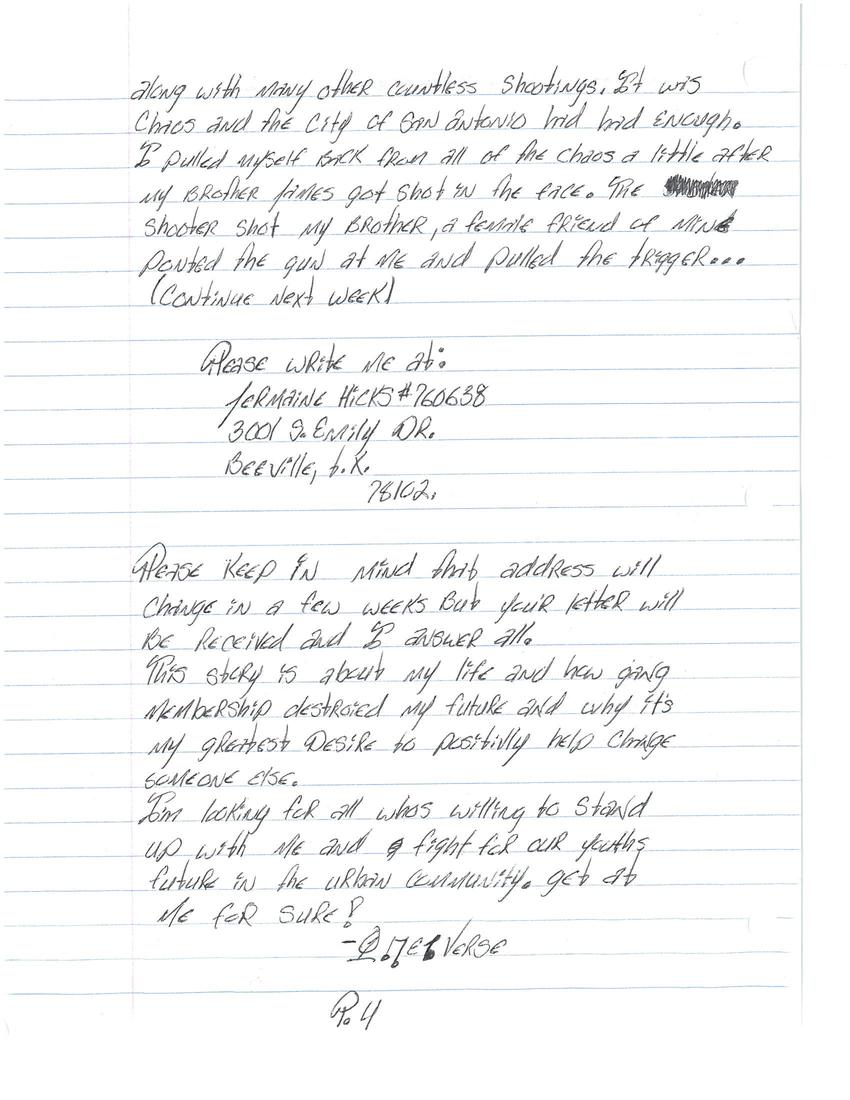 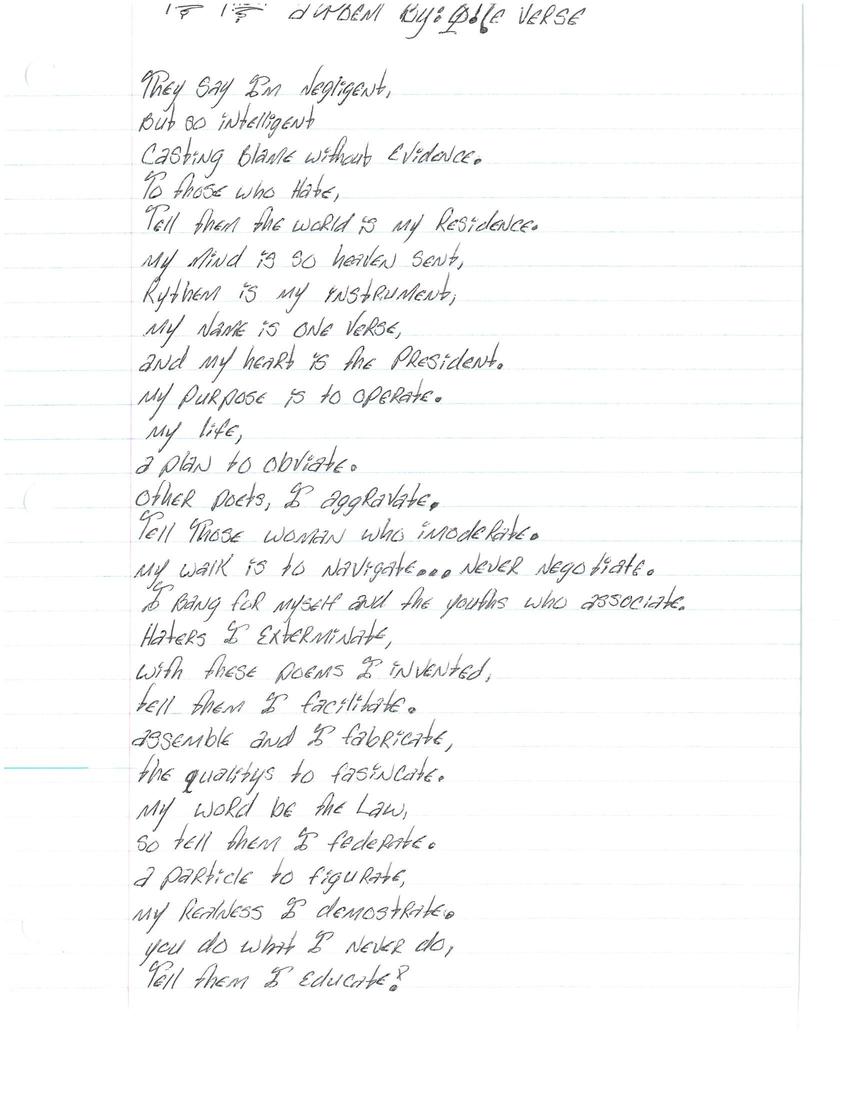 From Elementary to the Penitentiary

1994 was a wild year in San Antonio. Crime blazed through the city in every which way you could turn.

December 3, 1993. I had just gotten out of a placement for youths called Hall's Residential Treatment Center out in Coppera's Cove, Texas, a small town near Kallen, TX. I went to Hall's due to a 1992 theft under $200 bicycle case me and two other boys were trying to jack from a home outside the community.

The placement was just like the streets—gang-related. I got into a fight with a kid the first week I was there. Basically, that's how things work. Even in prison, when a new dude hit the unit who looks "out of place," he will be tested. But for some reason, this never happened to me. The placement was mostly kids out of Dallas, TX. And being that I was from San Antonio, it was going to be problems. There was one other kid from San Antonio. However, due to him being a blood and me a Crip at the time, there was no unity among us.

Once the Dallas kids realized that I would fight back and I knew how to fight, they respected that. Because, honestly, dudes out of D-town and girls club being popular in their city. So they somewhat got cool with me and things changed.

I was a little asshole with the staff there, so I stayed on restrictions and detention. Overall, Hall's was a good place. Mr. Hall, the founder of the treatment center, was a great, loving man. He really cared for kids. And the day my PO came to pick me up, he gave me his card and told me that I could call him if I ever needed anything.

I think the placement did not work for me because they were short of staff. Not giving me the opportunity to go one-on-one with an adult who knew how to seek out the many mental problems of a child in my situation. Getting them to realize that their choices will determine their circumstances in the future. I did six months there from June to December of 1993.

Back home, my father had moved out of the East Terrace project to Center Street, a section eight house a few blocks away from the projects. New Year's was rolling around and I knew school would be starting in a few weeks. I was unable to get a summer job in '93 because I was only 14. Plus, the placement took me off the streets for six months. I needed to find a way to buy school clothes. My father had a job that only supported his drugs and provided me, my brother James, and step-mom (Christine Barrientez, who passed away in 2002) with food and that like.

Being that I was so ashamed to get to school in old clothes and shoes, I hit up with a duck in my 'hood who sold "50 packs." I bought one and he fronted me two. I made $300 in two days. I went back, gave him his $100 for front, and bought four more. Now I was playing with my money, so everything I made was mine. In about two weeks of selling drugs when I was 14, I had made $2,500, somewhat. I never had money like that and so fast. I learned the hot spots to push dope and where East Terrace dudes were not welcome. I hit the mall and entered 9th grade in style. Just like that.

After I got jacked by a so-called friend, I stop selling dope on the East Side. Plus, the North Side was where all the money was. Upper-class white folks smoked crack as well, and their money was good. I was just a small timer trying to keep a little money in my pocket. I spent money too fast to ever make it big in the dope game.

The summer of 1994 was coming up and it had already been four killings from Friday to Sunday in the East Terrace projects. One weekend alone set off a wake of violence. At that time, my gang and two other Crip sets were at war with the Wheatly Court Gangsters (WCG) and a blood 'hood called The Sticks. There were many shoot outs that year. Many homies died and a lot of people got locked up. On the very night I got locked up, one of my "big homies" from the 5-20-7" set (ETG) got killed. Jermaine Younge. Better known as Young Main. That year, I got shot at along with many other countless shootings. It was chaos, and the city of San Antonio had had enough.

I pulled myself back from all of the chaos a little after my brother James got shot in the face. The shooter shot my brother, a female friend of mine, pointed the gun at me, and pulled the trigger...

Please keep in mind that address will change in a few weeks. But your letter will be received and I answer all.

This story is about my life and how gang membership destroyed my future. It's why my greatest desire for positivity is to help change someone else.

I'm looking for all who's willing to stand up with me and fight for our youths' future in the urban community. Get at me for sure!

They say I'm negligent
But so intelligent
Casting blame without evidence
To those who hate
Tell them the world is my residence
My mind is so heaven sent
Rhythm is my instrument
My name is one verse
And my heart is the president
My purpose is to operate
My life,
A plan to oviate
Other poets, I aggravate
Tell those women who immoderate
My walk is to navigate... never negotiate
I bang for myself and the youths who associate
Haters I exterminate
With these poems i invented
Tell them I facilitate
Assemble and I fabricate
The qualities to fascinate
My world be the law
So tell them I federate
A particle to figurate
My realness I demonstrate
You do what I never do
Tell them I educate!