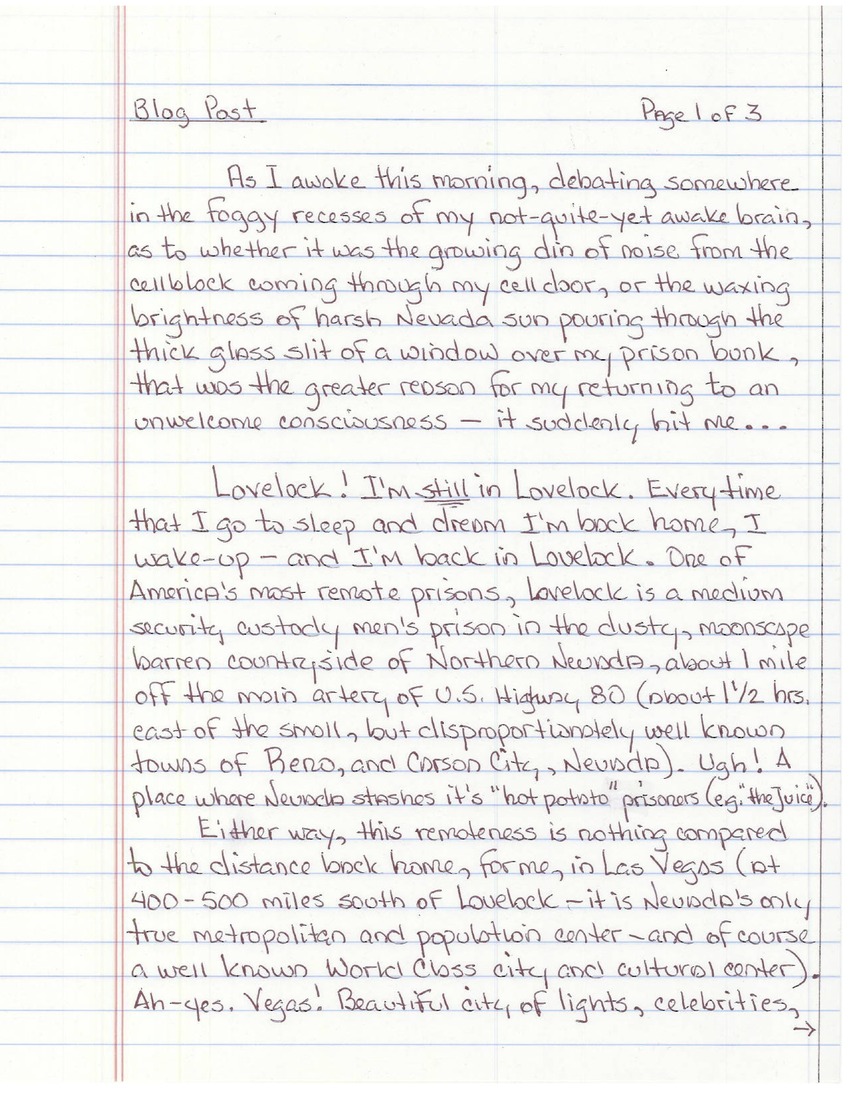 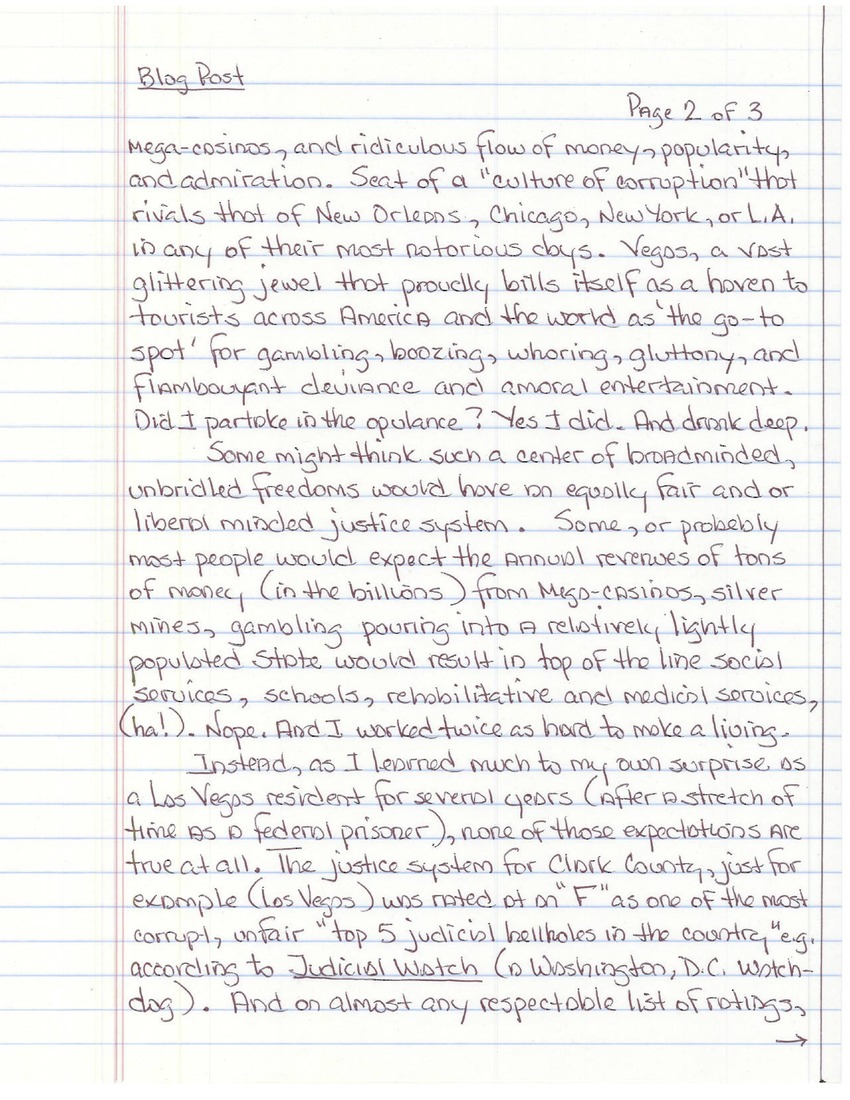 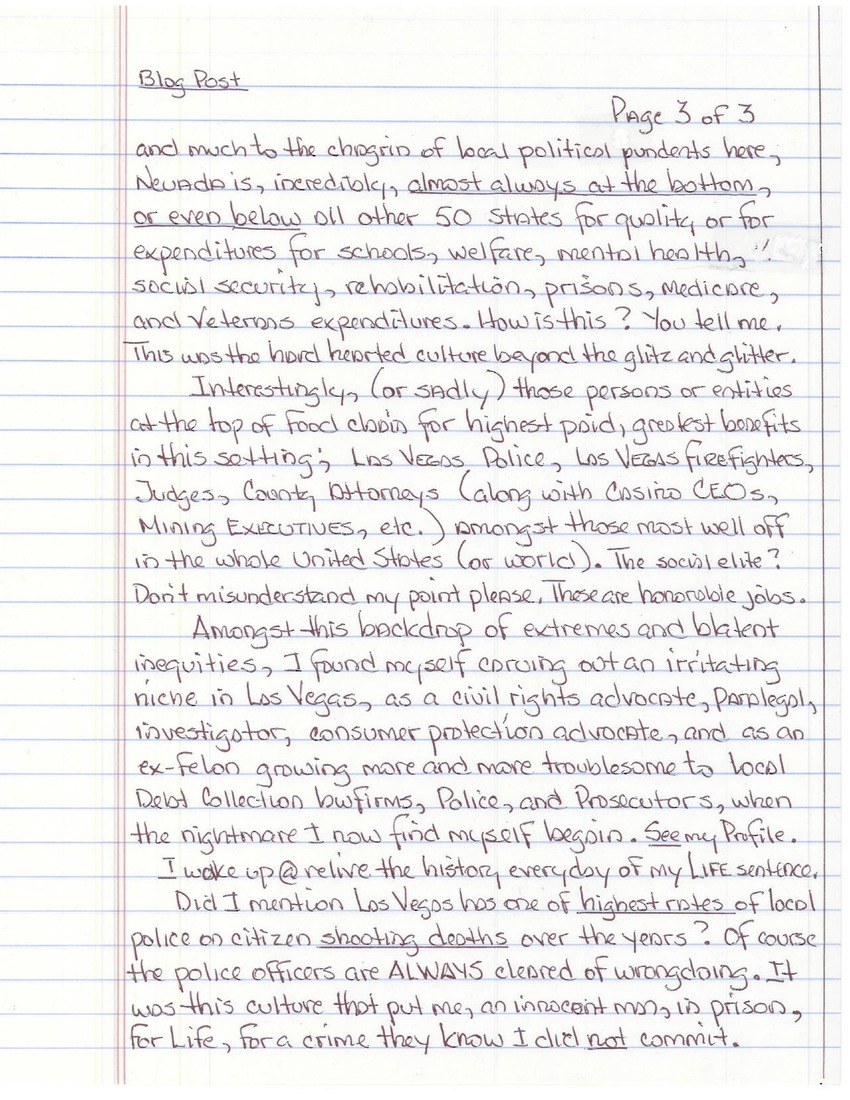 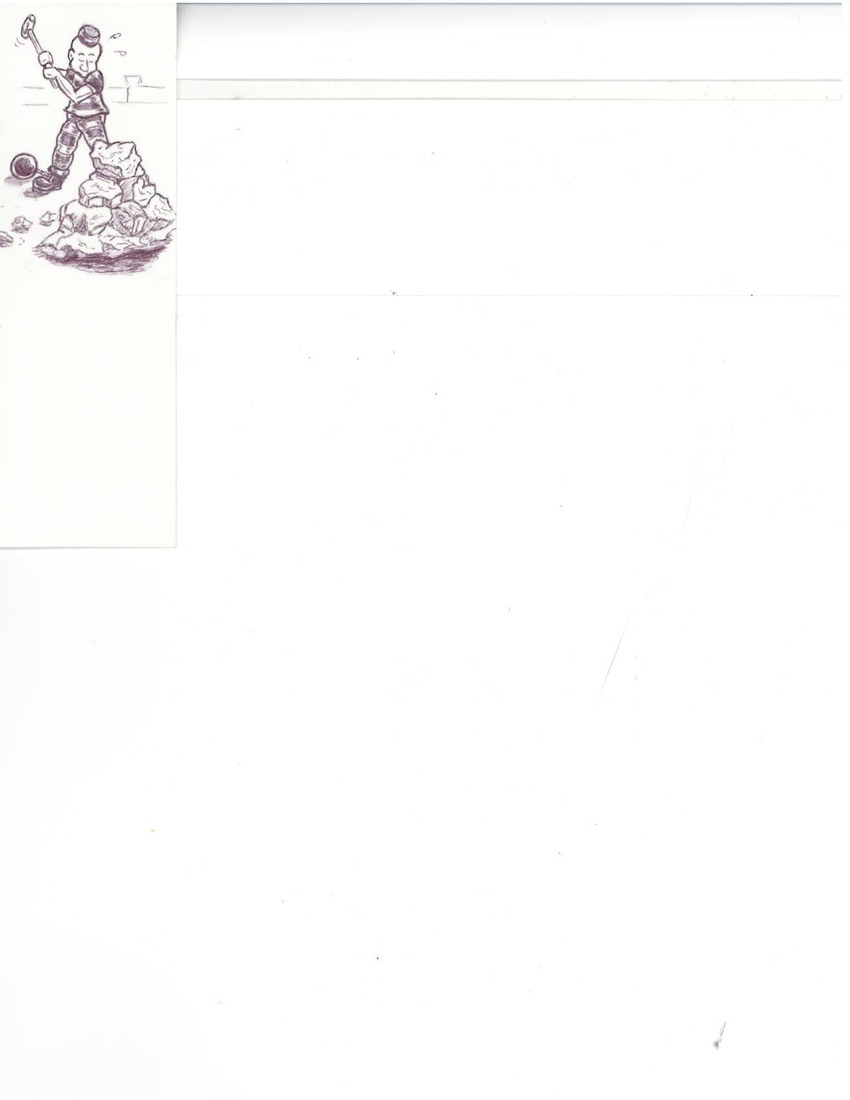 As I awoke this morning, debating somewhere in the foggy recesses of my not-quite-yet awake brain, as to whether it was the growing din of noise from the cellblock coming through my cell door, or the waxing brightness of harsh Nevada sun pouring through the thick glass slit of a window over my prison bunk, that was the greater reason for my returning to an unwelcome consciousness – it suddenly hit me...

Lovelock! I'm STILL in Lovelock. Every time that I go to sleep and dream I'm back home, I wake-up – and I'm back in Lovelock. One of America's most remote prisons, Lovelock is a medium security custody men's prison in the dusty, moonscape barren countryside of Northern Nevada, about 1 mile off the main artery of U.S. Highway 80 (about 1 1/2 hrs. east of the small, but disproportionately well known towns of Reno, and Carson City, Nevada). Ugh! A place where Nevada stashes its "hot potato" prisoners (e.g. "the Juice").

Either way, this remoteness is nothing compared to the distance back home, for me, in Las Vegas (at 400-500 miles south of Lovelock - it is Nevada's only true metropolitan and population center - and of course a well known world class city and cultural center). Ah - yes. Vegas! Beautiful city of lights, celebrities, mega-casinos, and ridiculous flow of money, popularity, and admiration. Seat of a "culture of corruption" that rivals that of New Orleans, Chicago, New York, or L.A. in any of their most notorious days. Vegas, a vast glittering jewel that proudly bills itself as a haven to tourists across America and the world as 'the go-to spot' for gambling, boozing, whoring, gluttony, and flamboyant deviance and amoral entertainment. Did I partake in the opulence? Yes I did. And drank deep.

Some might think such a center of broadminded, unbridled freedoms would have an equally fair and/or liberal minded justice system. Some, or probably most people would expect the annual revenues of tons of money (in the billions) from mega-casinos, silver mines, gambling pouring into a relatively lightly populated state would result in top of the line social services, schools, rehabilitative and medical services, (ha!). Nope. And I worked twice as hard to make a living.

Instead, as I learned much to my own surprise as a Las Vegas resident for several years (after a stretch of time as a federal prisoner), none of those expectations are true at all. The justice system for Clark County, just for example (Las Vegas) was rated at an "F" as one of the most corrupt, unfair "top 5 judicial hellholes in the country" e.g. according to Judicial Watch (a Washington, D.C. watch-dog). And on almost any respectable list of ratings, and much to the chagrin of local political pundits here, Nevada is, incredibly, ALMOST ALWAYS AT THE BOTTOM, OR EVEN BELOW all other 50 states for quality or for expenditures for schools, welfare, mental health, social security, rehabilitation, prisons, Medicare, and veterans' expenditures. How is this? You tell me. This was the hard hearted culture beyond the glitz and glitter.

Interestingly, (or sadly) those persons or entities at the top of food chain for highest paid, greatest benefits in this setting; Las Vegas Police, Las Vegas firefighters, judges, County Attorneys (along with casino CEOs, mining executives, etc.) amongst those well off in the whole United States (or world). The social elite? Don't misunderstand my point, please. These are honorable jobs.

Amongst this backdrop of extremes and blatant inequities, I found myself carving out an irritating niche in Las Vegas, as a civil rights advocate, paralegal, investigator, consumer protection advocate, and as an ex-felon growing more and more troublesome to local debt collection law firms, police, and prosecutors, when the nightmare I now find myself began. SEE my profile.

I wake up @ relive the history every day of my life sentence.

Did I mention Las Vegas has one of HIGHEST RATES of local police on citizen SHOOTING DEATHS over the years? Of course the police officers are ALWAYS cleared of wrongdoing. It was this culture that put me, an innocent man, in prison, for life, for a crime they know I did NOT commit.

[drawing of a convict breaking rocks]