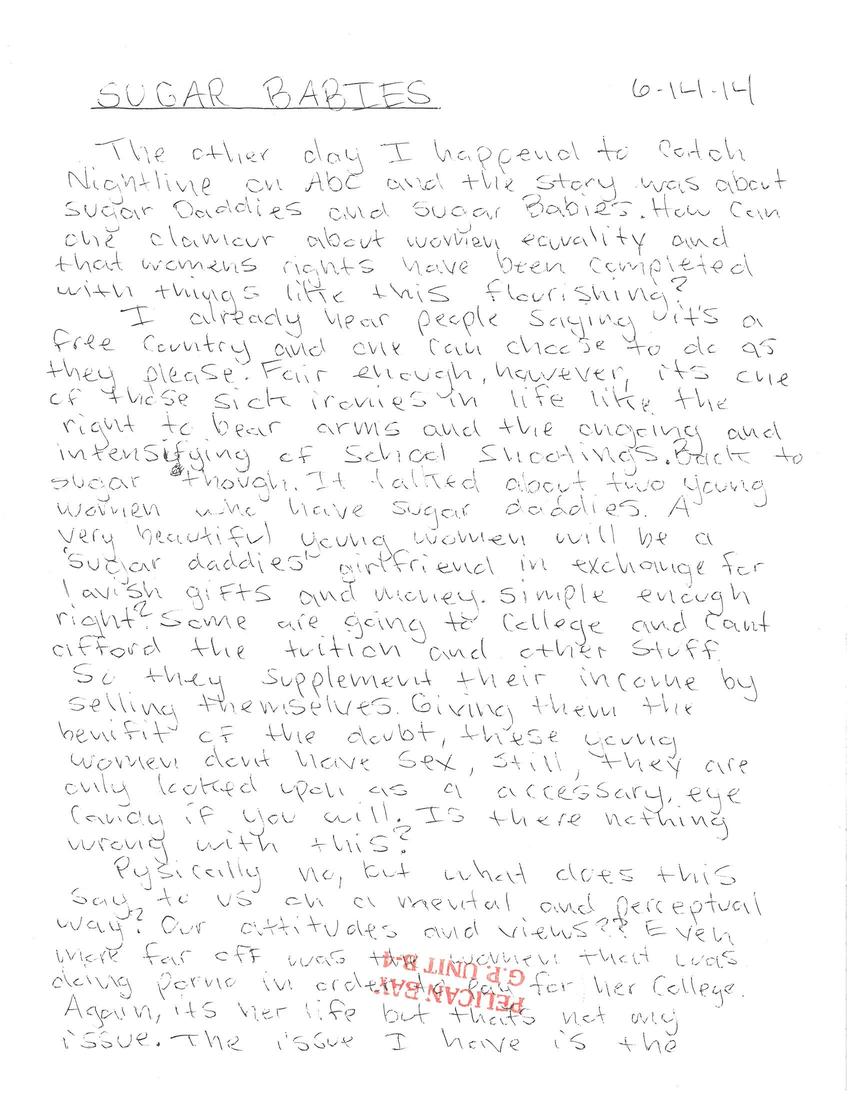 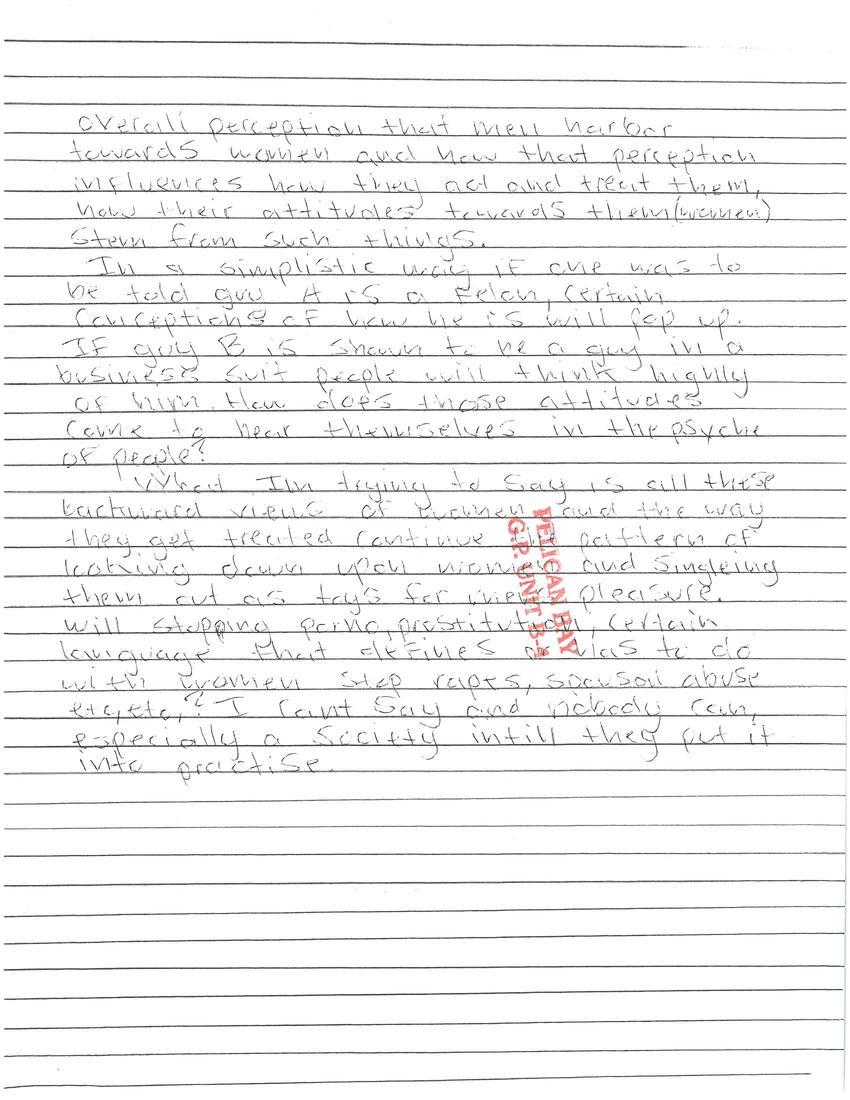 The other day I happened to catch Nightline on ABC and the story was about sugar daddies and sugar babies. How can one clamor about women equality and that women's rights have been completed with things like this flourishing? I already hear people saying it's a free country and one can choose to do as they please. Fair enough. However, it's one of these sick ironies in life like the right to bear arms and the ongoing and intensifying of school shootings.

Back to sugar though. It talked about two young women who have sugar daddies. A very beautiful young woman will be a sugar daddy's girlfriend in exchange for lavish gifts and money. Simple enough, right? Some are going to college and can't afford the tuition and other stuff, so they supplement their income by selling themselves. Giving them the benefit of the doubt, these young women don't have sex. Still they are only looked upon as an accessory, eye candy if you will. Is there nothing wrong with this? Physically, no. But what does this say to us on a mental and perceptual way? Our attitudes and views?

In a simplistic way, if one was to be told guy A is a felon, certain conceptions of how he is will pop up. If guy B is shown to be a guy in a business suit, people will think highly of him. How does those attitudes come to bear themselves in the psyche of the people?