Where Do I Belong 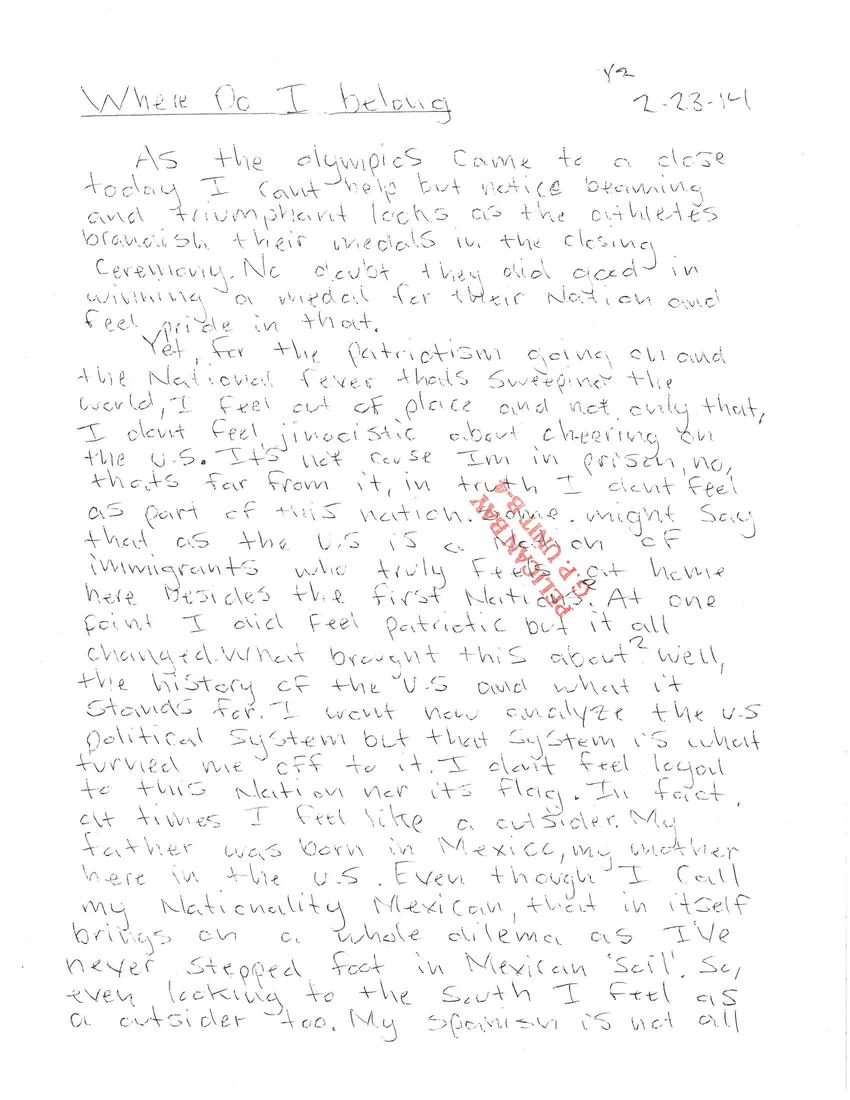 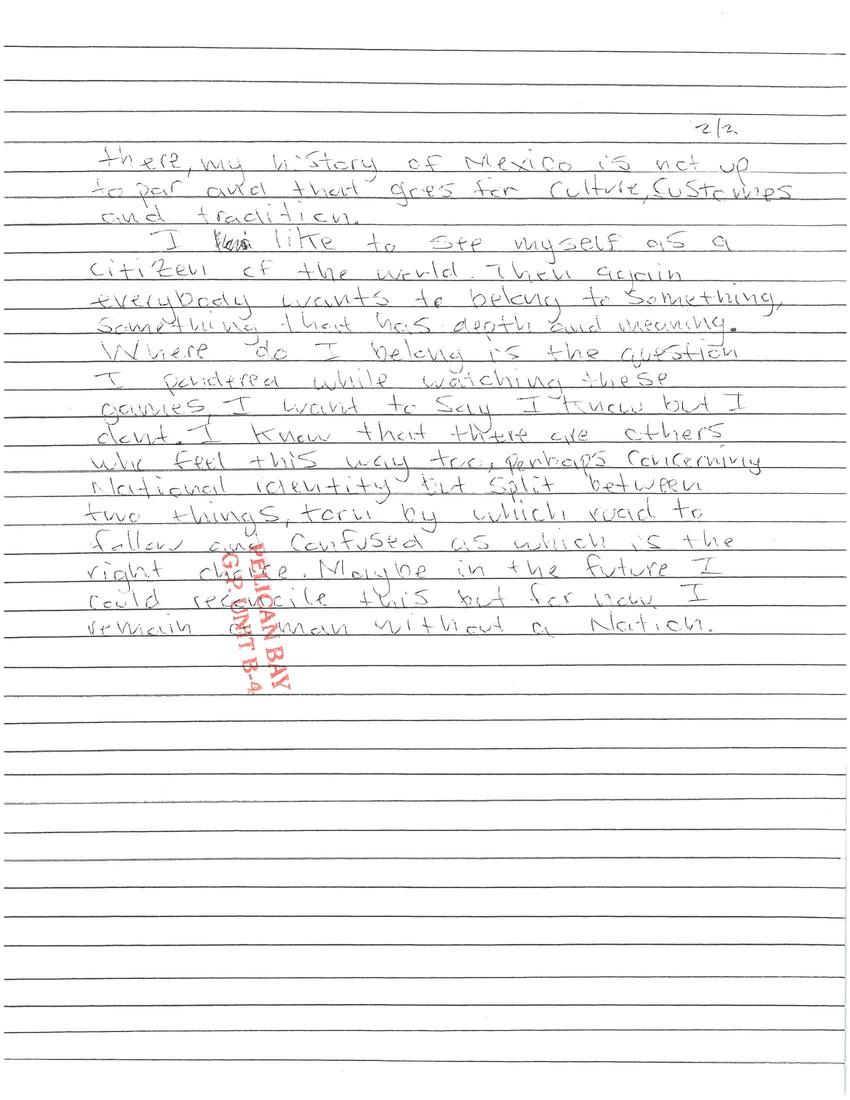 As the Olympics came to a close today, I can't help but notice beaming and triumphant looks as the athletes brandish their medals in the closing ceremony. No doubt they did good in winning a medal for their nation and feel pride in that.

Yet, for all the patriotism going on and the national fever that's sweeping the world, I feel out of place and not only that, I don't feel jingoistic about cheering on the U.S. It's not 'cause I'm in prison, no, that's far from it. In truth, I don't feel as a part of this nation. One might say that as the U.S. is a nation of immigrants, who truly feel at home here besides the first nations? At one point, I did feel patriotic, but it all changed. What brought this about? Well, the history of the U.S. and what it stands for. I want to now analyze the U.S. political system, but that system is what turned me off to it. I don't feel loyal to this nation nor its flag. In fact, at times, I feel like an outsider.

My father was born in Mexico, my mother here in the U.S. Even though I call my nationality Mexican, that in itself brings on a whole new dilemma, as I've never stepped foot on Mexican soil. So even looking to the south, I feel as an outsider too. My Spanish is not all there, my history of Mexico is not up to par, and that goes for culture, customs, and traditions.

I like to see myself as a citizen of the world. Then again everybody wants to belong to something, something that has depth and meaning. Where do I belong is the question I pondered while watching these games. I want to say that I know, but I don't. I know that there are others who feel this way too, perhaps concerning national identity but split between two things, torn by which road to follow and confused as which is the right choice.

Maybe in the future I could reconcile this, but for now, I remain a man without a nation.