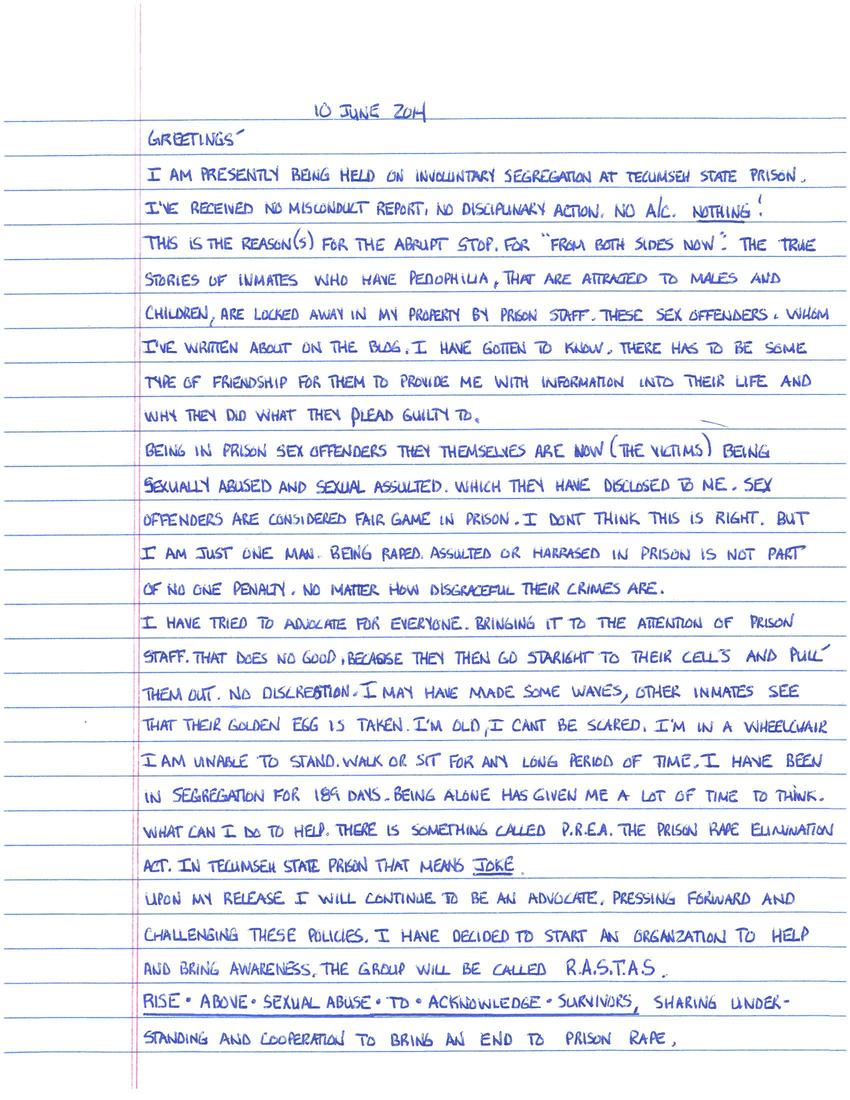 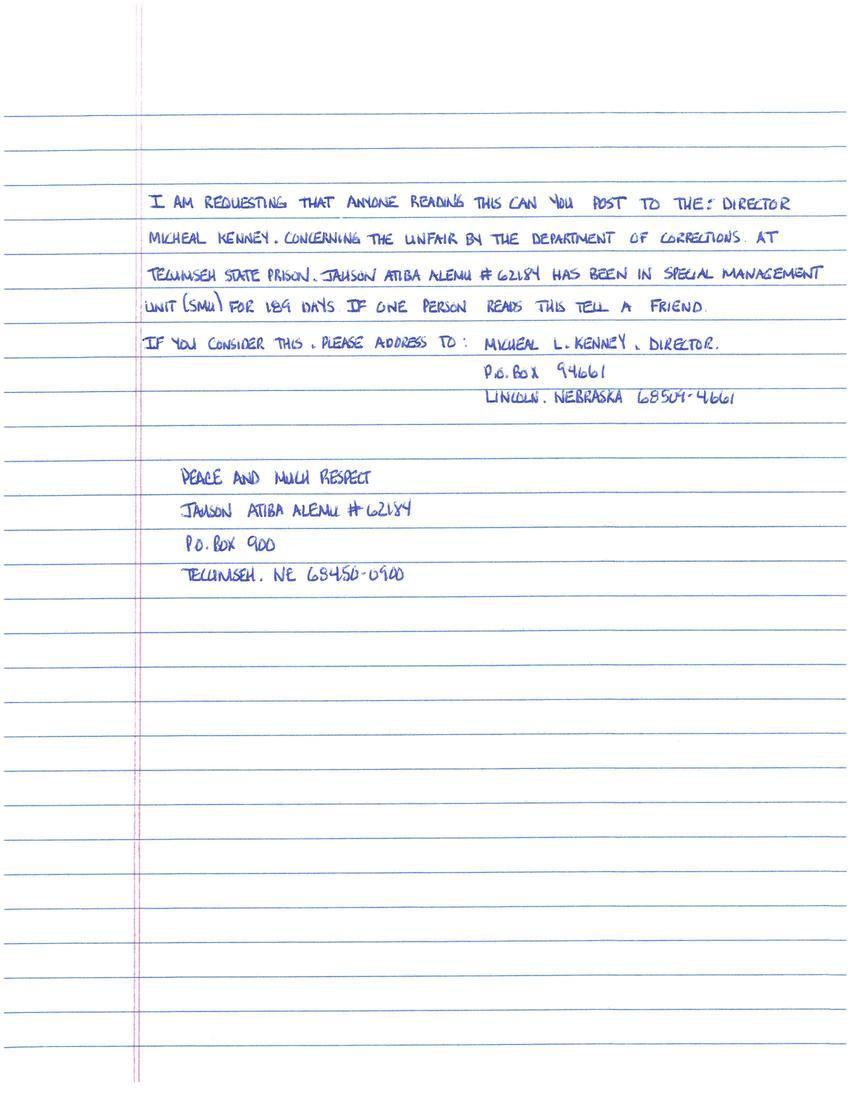 I am presently being held on involuntary segregation at Tecumseh State Prison. I've received no misconduct report, no disciplinary action, no AC, nothing! This is the reason for the abrupt stop for "From Both Sides Now", the true stories of inmates who have pedophilia (in this case, attracted to males and children), which is locked away in my property by prison staff. These sex offenders, whom I have written about in my blog, I have gotten to know. There has to be some type of friendship for them to provide me with information into their life and why they did what they plead guilty to.

Being in prison, sex offenders themselves are now the victims, being sexually abused and sexually assaulted. Which they have disclosed to me. Sex offenders are considered fair game in prison. I don't think this is right, but I am just one man. Being raped, assaulted, and/or hammered in prison is not part of any penalty. No matter how disgraceful their crimes are.

I have tried to advocate for everyone, bringing it to attention of prison staff. That does no good because they go straight to their cells and pull them out. No discretion. I may have made some waves. Other inmates see that their golden egg has been taken. I'm old, I can't be scared. I'm in a wheelchair, unable to stand, walk or sit for any long period of time. I have been in segregation for 189 days. Being alone has given me a lot of time to think. What can I do to help? There is something called P.R.E.A (The Prison Rape Elimination Act). In Tecumseh State Prison, that is a joke.

Upon my release, I will continue to be an advocate, pressing forward and challenging these policies. I have decided to start an organization to help and bring awareness. The group will be called R.A.S.T.A.S.: Rise Above Sexual Abuse To Acknowledge Survivors. Sharing understanding and cooperation to bring an end to prison rape.

I am requesting this to anyone reading this: can you post to Director Micheal Kenney concerning the unfairness of the Department of Corrections at Tecumseh State Prison? Jason Atiba Alemu #62184 has been in special management unit (SMU) for 189 days. If one person reads this, tell a friend. If you consider this, here is his address:

Peace and much respect,