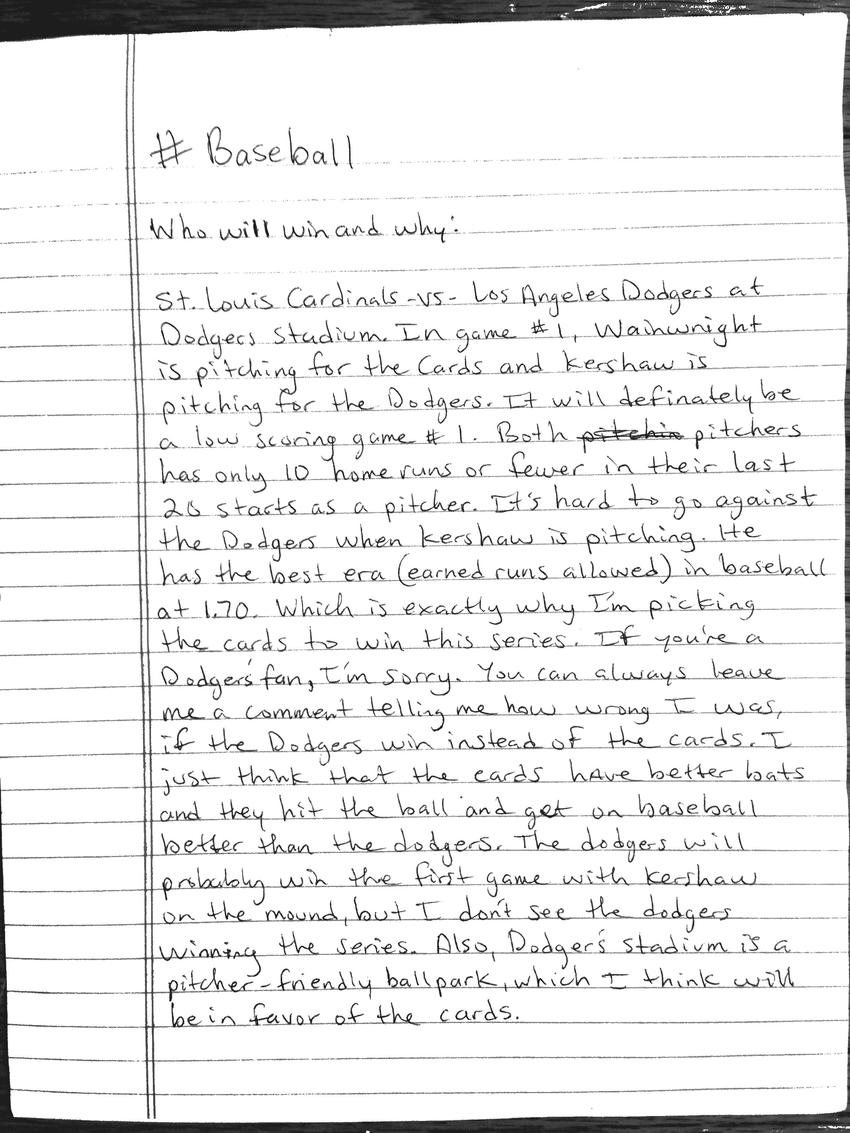 Who will win and why:

St. Louis Cardinals -vs- Los Angeles Dodgers at Dodgers Stadium. In game #1 Wainwright is pitching for the Cards and Kershaw is pitching for the Dodgers. It will definitely be a low scoring game #1. Both pitchers has only 10 home runs or fewer in their last 20 starts as a pitcher. It's hard to go against the Dodgers when Kershaw is pitching. He has the best ERA (Earned Run Average) in baseball at 1.70, which is exactly why I'm picking the Cards to win this series.

If you're a Dodgers fan, I'm sorry. You can always leave me a comment telling me how wrong I was, if the Dodgers win instead of the Cards. I just think the Cards have better batters and they hit the ball and get on baseball better than the Dodgers. The Dodgers will probably win the first game with Kershaw on the mound, but I don't see them winning the series. Also, Dodgers Stadium is a pitcher-friendly ballpark, which I think will be in favor of the Cards.