The Ticket Scalper Part 5: Things You Need to Know 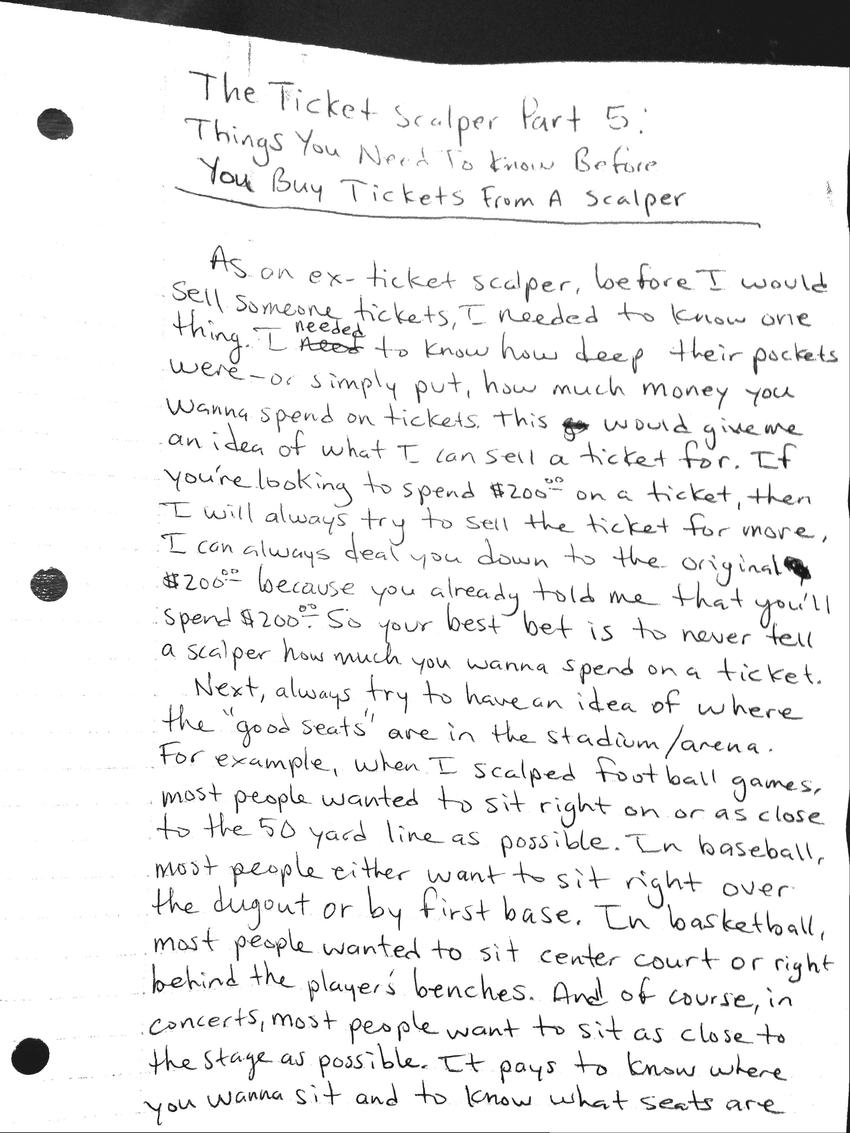 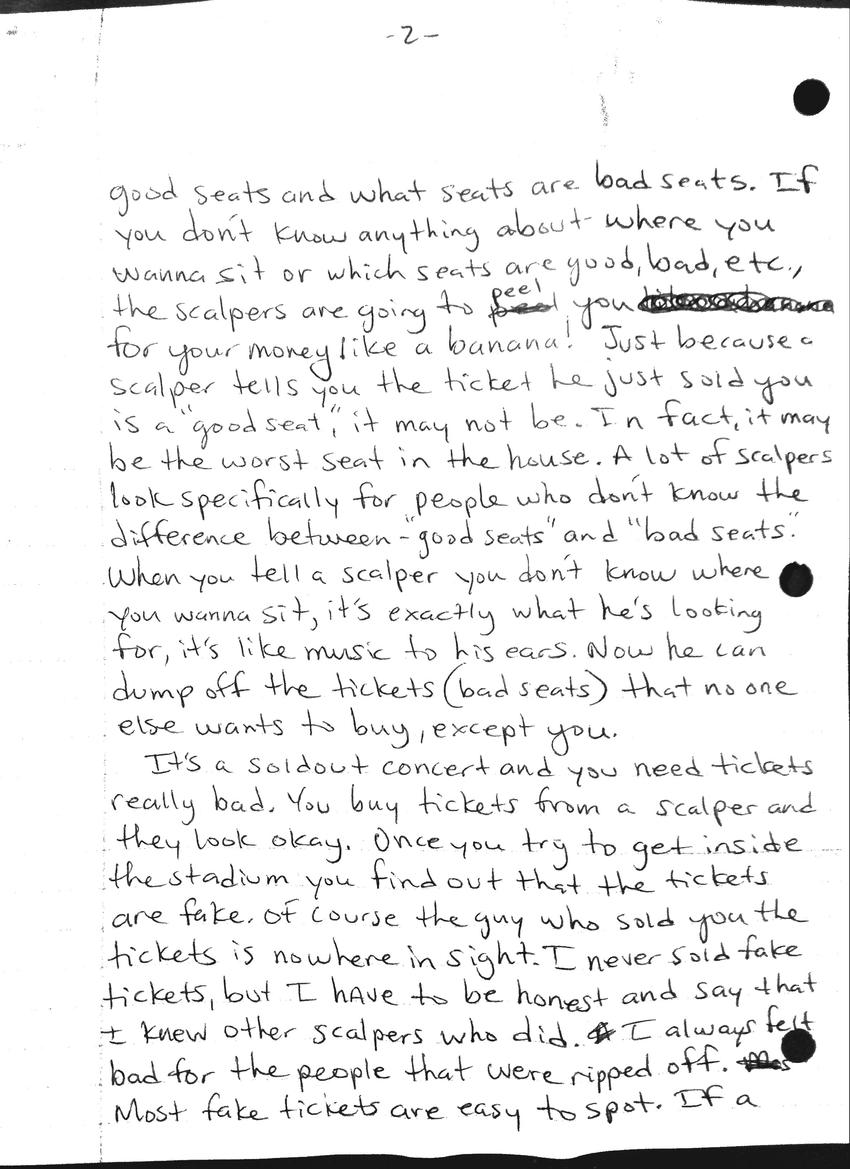 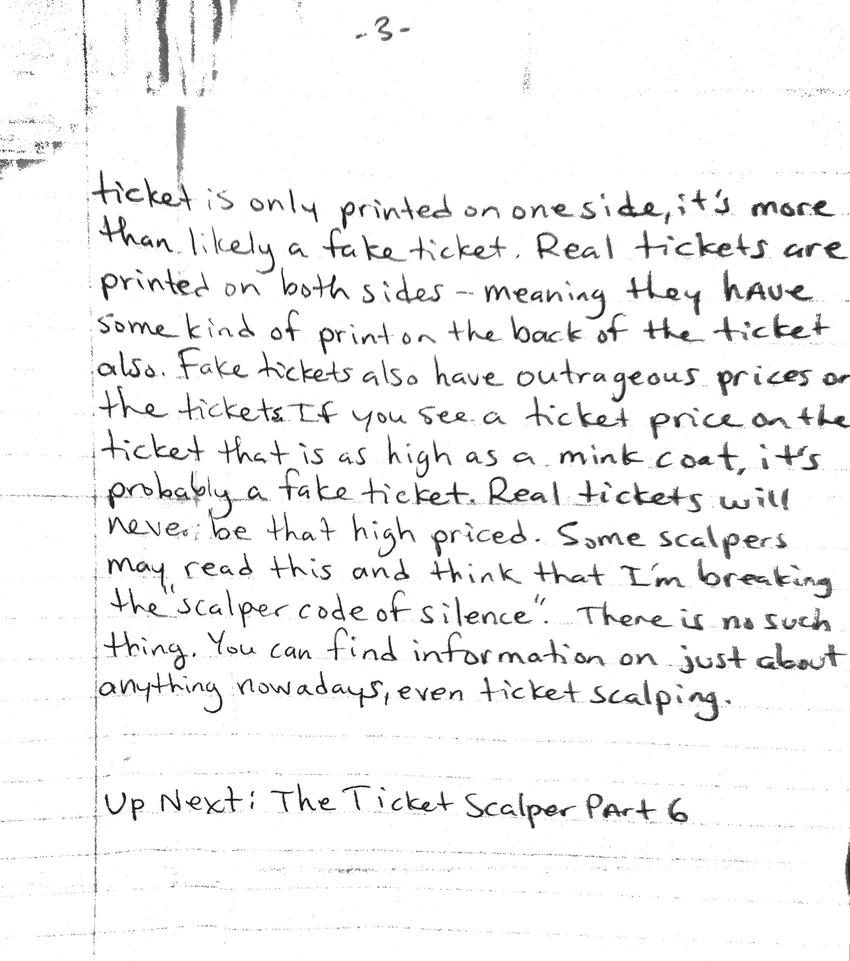 The Ticket Scalper Part 5: Things You Need To Know Before You Buy Tickets From A Scalper

As one ex-ticket scalper, before I would sell someone tickets, I needed to know one thing. I need to know how deep their pockets were - or simply put, how much money you wanna spend on tickets. This would give me an idea of what I can sell a ticket for. If you're looking to spend $200.00 on a ticket, then I will always try to sell the ticket for more, I can always deal you down to the original $200.00 because you already told me that you'll spend $200.00. So your best bet is to never tell a scalper how much you wanna spend on a ticket.

Next, always try to have an idea of where the "good seats" are in the stadium/arena/ For example, when I scalped football games, most people wanted to sit right on or as close to the 50 yard line as possible. In baseball, most people either want to sit right over the dugout or by first base. In basketball, most people wanted to sit center court or right behind the players benches. And of course, in concerts, most people want to sit as close to the stage as possible. It pays to know where you wanna sit and to know what seats are good seats and what seats are bad seats. If you don't know anything about where you wanna sit or which seats are good, bad, etc., the scalpers are going to peel you for your money like a banana! Just because a scalper tells you the ticket he just sold you is a "good seat", it may not be. In fact, it may be the worst seat in the house. A lot of scalpers look specifically for people who don't know the difference between "good seats" and "bad seats". When you tell a scalper you don't know where you wanna sit, it's exactly what he's looking for, it's like music to his ears. Now he can dump off the tickets (bad seats) that no one else want to buy, except you.

It's a sold out concert and you need tickets really bad. You buy tickets from a scalper and they look okay. Once you try to get inside the stadium you find out that the tickets are fake. Of course the guy who sold you the tickets is nowhere in sight. I never sold fake tickets, but I have to be honest and say that I knew other scalpers who did. I always felt bad for the people that were ripped off. Most fake tickets are easy to spot. If a ticket is only printed on one side, it's more than likely a fake ticket. Real tickets are printed on both sides - meaning they have some kind of print on the back of the ticket also. Fake tickets also have outrageous prices or the tickets, if you see a ticket price on the ticket is as high as a mink coat, it's probably a fake ticket. Real tickets will never be that high priced. Some scalpers may read this and think that I'm breaking the "scalper code of silence". There is no such thing. You can find information on just about anything nowadays, even ticket scalping.

Up Next: The Ticket Scalper Part 6