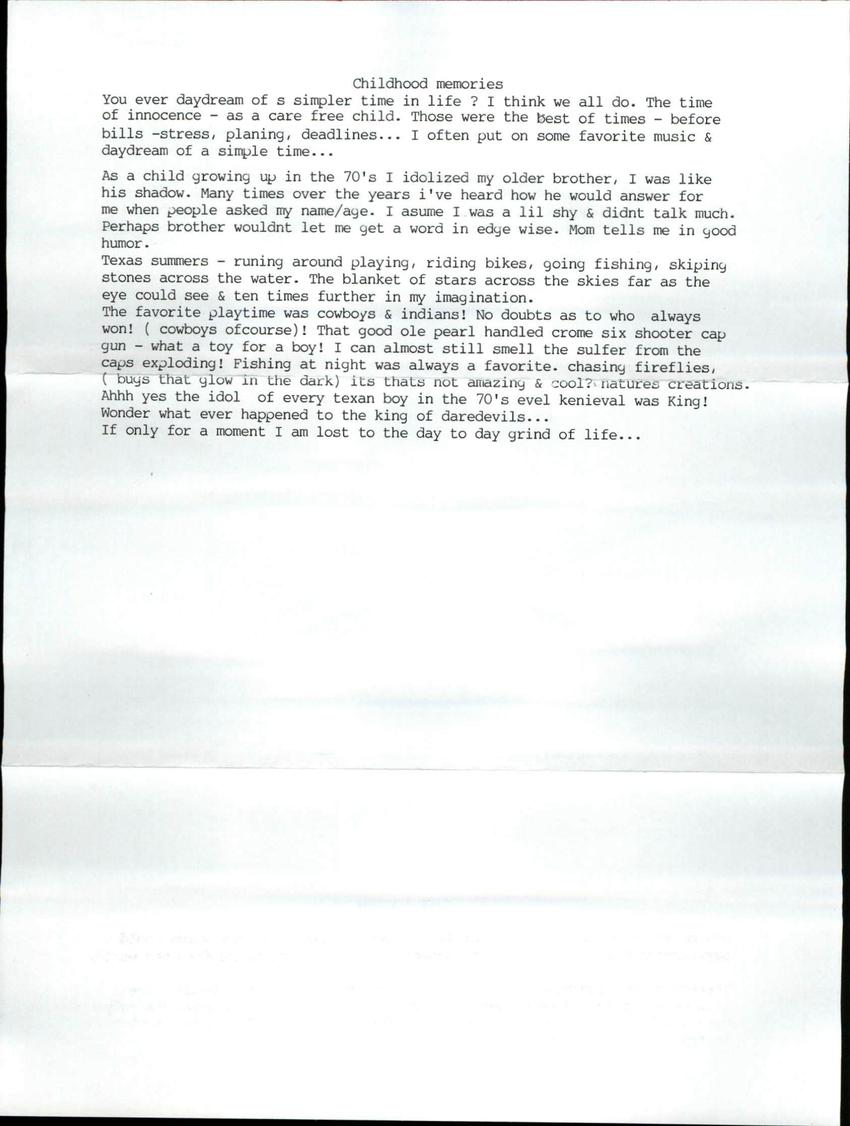 As a child growing up in the '70s, I idolized my older brother. I was like his shadow. Many times over the years, I've heard how he would answer for me when people asked my name and age. I assume I was a lil' shy and didn't talk much. Perhaps Brother wouldn't let me get a word in edgewise, Mom tells me in good humor.

Texas summers: running around playing, riding bikes, going fishing, skipping stones across the river. The blanket of stars across the skies far as the eye could see and ten times further in my imagination. The favorite playtime was Cowboys and Indians! No doubts as to who always won (cowboys, of course)! That good ole pearl handled chrome six-shooter cap gun—what a toy for a boy! I can almost smell the sulfur from the caps exploding! Finishing at night was always a favorite. Chasing fireflies (bugs that glow in the dark). Isn't that amazing and cool? Nature's creations.

Ahh, yes, the idol of every Texan boy in the '70s Evel Knievel was king! Wonder what ever happened to the king of daredevils...

If only for a moment, I am lost to the day-to-day grind of life.

Probably I was a different child than the regular c hildren, I was a loner, I had friends at school like everybody, but stories like Robinson Crusoe, and others make me an explorer in the mountains close to my parents house, when I was 7 I took a bus and I left home, by myself, I drove the bus for an hour before the driver discovered me he drove me back and with the bus full of people he drove me to the door of my house stopped the bus and took me by my hand and delivered me straight to my mothers hand. Other time,other planet I guess. I also had an older brother but I was a nuisance for him, so I read a lot and I took care of many animals and pets my parents allowed me to have. Childhood was great, mother was a good cook and a beautiful woman, ( all my friends told me that). Father was hard-worker and not friendly but was my father and I loved him I think on his way he loved me too. Miss those days...
(scanned reply – view as blog post)
uploaded Feb. 25, 2016.  Original (PDF) 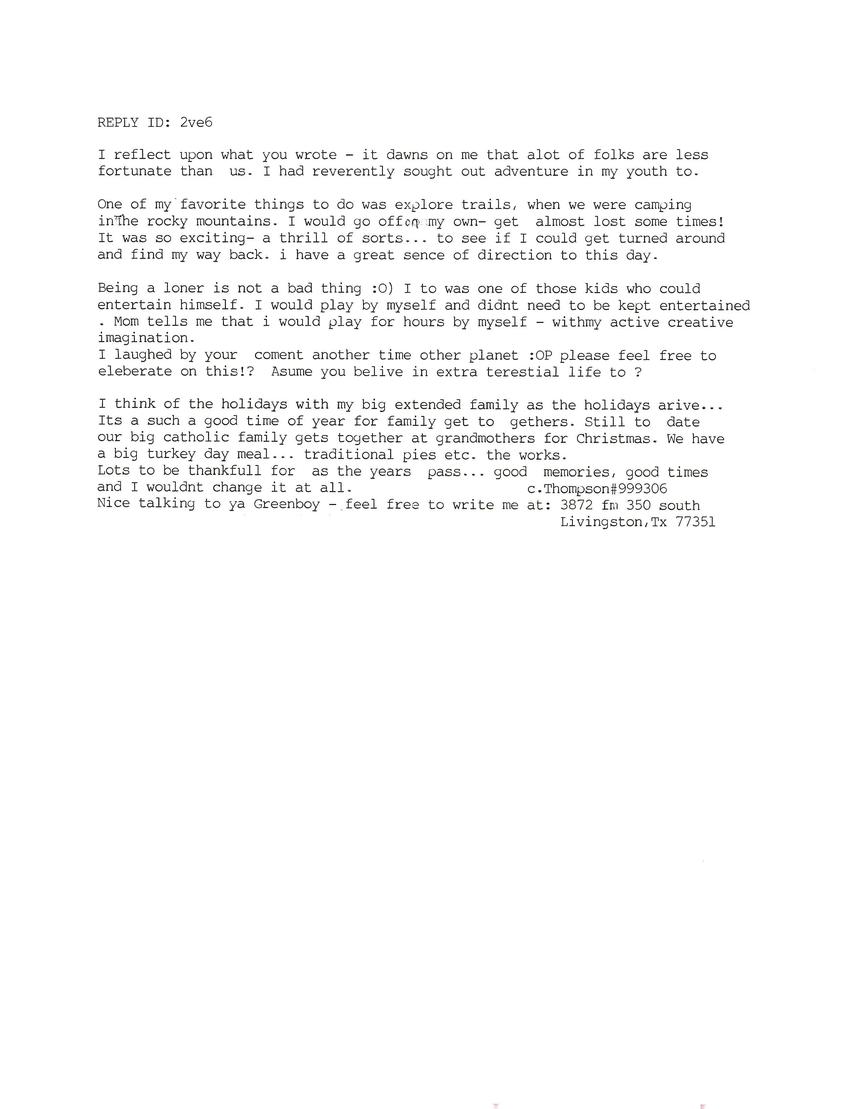 Brought a lot of childhood memories back reading this .have just ordered The grass beneath his feet from Amazon cant wait to read this ,have read all about your case and do not understand how you could be convicted for 2 murders.
Dont understand how a first world country like America can still have the death penalty ,glad I live in Scotland ,hope you have a good lawyer now and plenty of support from family and friends .keep writing in this blog I enjoy reading these. Helen