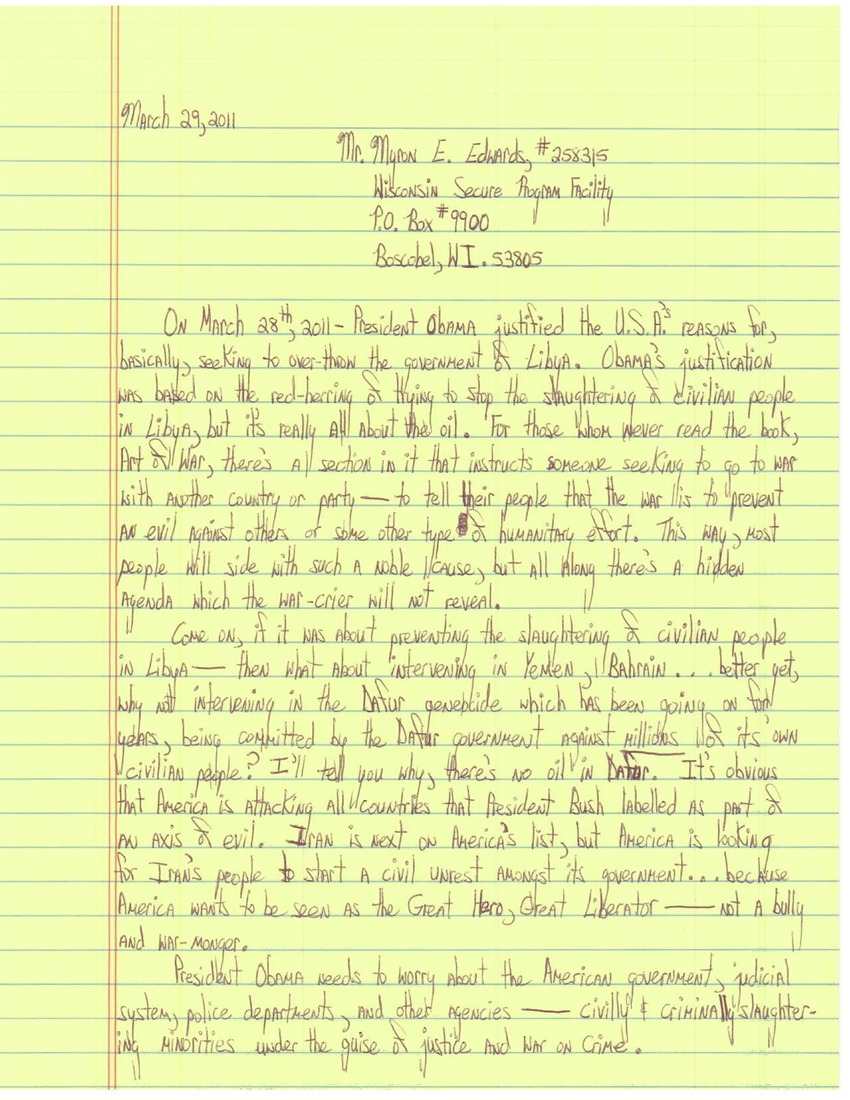 On March 28, 2011, President Obama justified the USA's reasons for basically seeking to overthrow the government of Libya. Obama's justification was based on the red-herring of trying to stop the slaughtering of civilian people in Libya, but it's really all about the oil. For those whom never read the book, Art of War, there's a section in it that instructs someone seeking to go to war with another country or party—to tell their people that the war is to prevent an evil against others or some other type of humane effort. This way, most people will side with such a noble cause, but all along, there's a hidden agenda which the war-crier will not reveal.

Cone on. If it was about preventing the slaughtering of civilian people in Libya, then what about intervening in Yemen, Bahrain? Better yet, why not intervene in the Dafur genocide which has been going on for years that's being committed by the Dafur government against millions of its own civilian people? I'll tell you why: there's no oil in Dafur.

It's obvious that America is attacking all countries that President Bush labeled as part of an axis of evil. Iran is next on America's list, but America is looking for Iran's people to start civil unrest amongst its government. Because America wants to be seen as the Great Hero, Great Liberator—not a bully and warmonger.

President Obama needs to worry about the American government, judicial system, police departments, and other agencies—civilly and criminally slaughtering minorities under the guise of justice and war on crime.