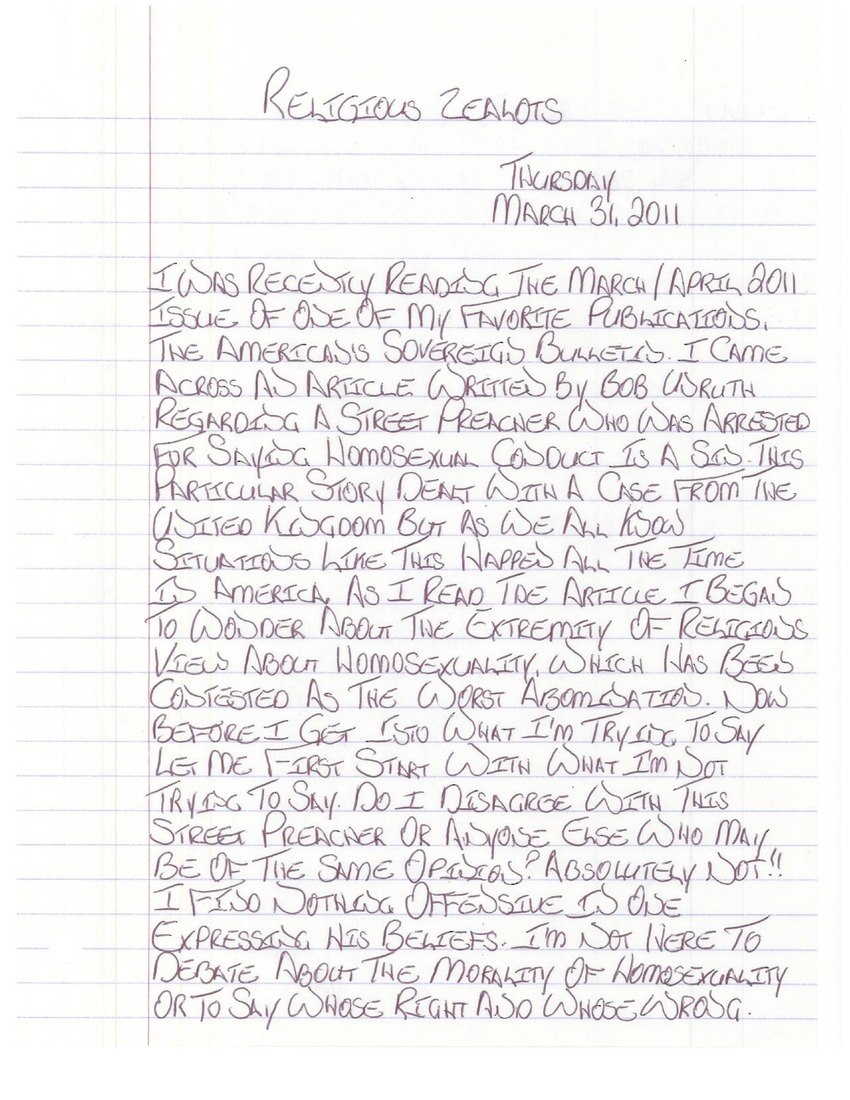 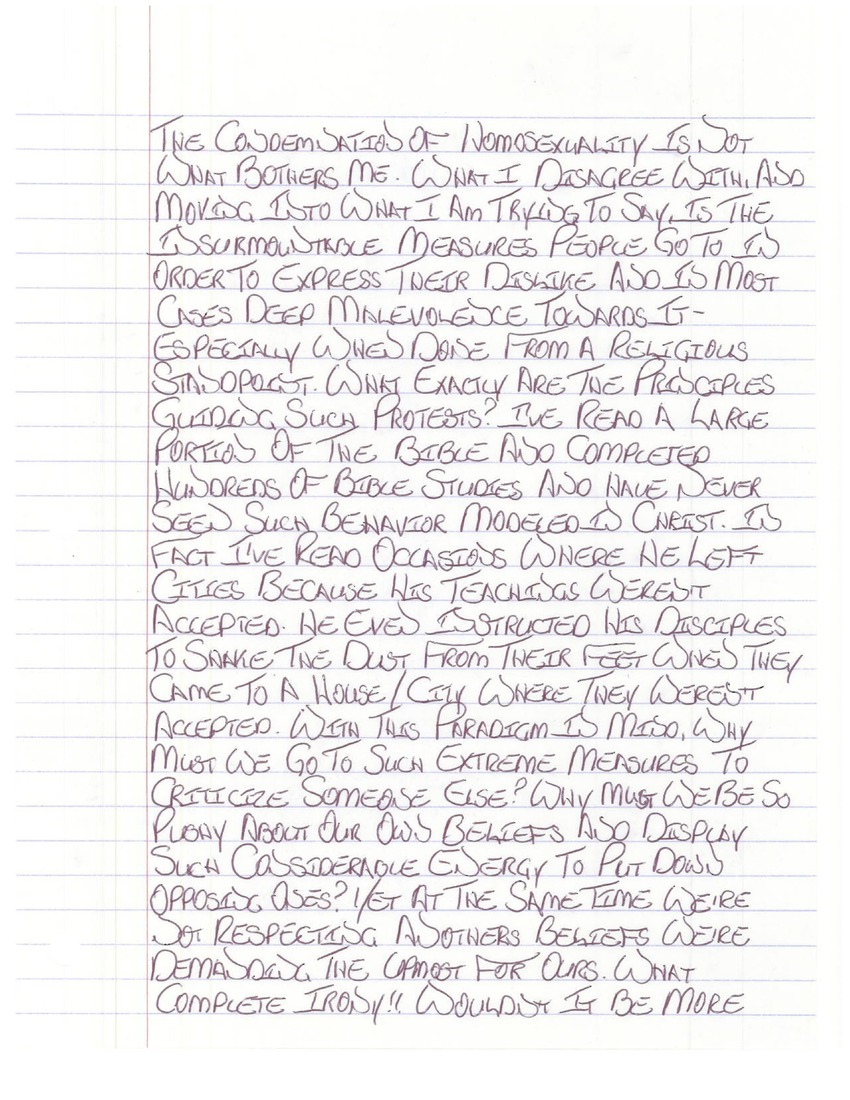 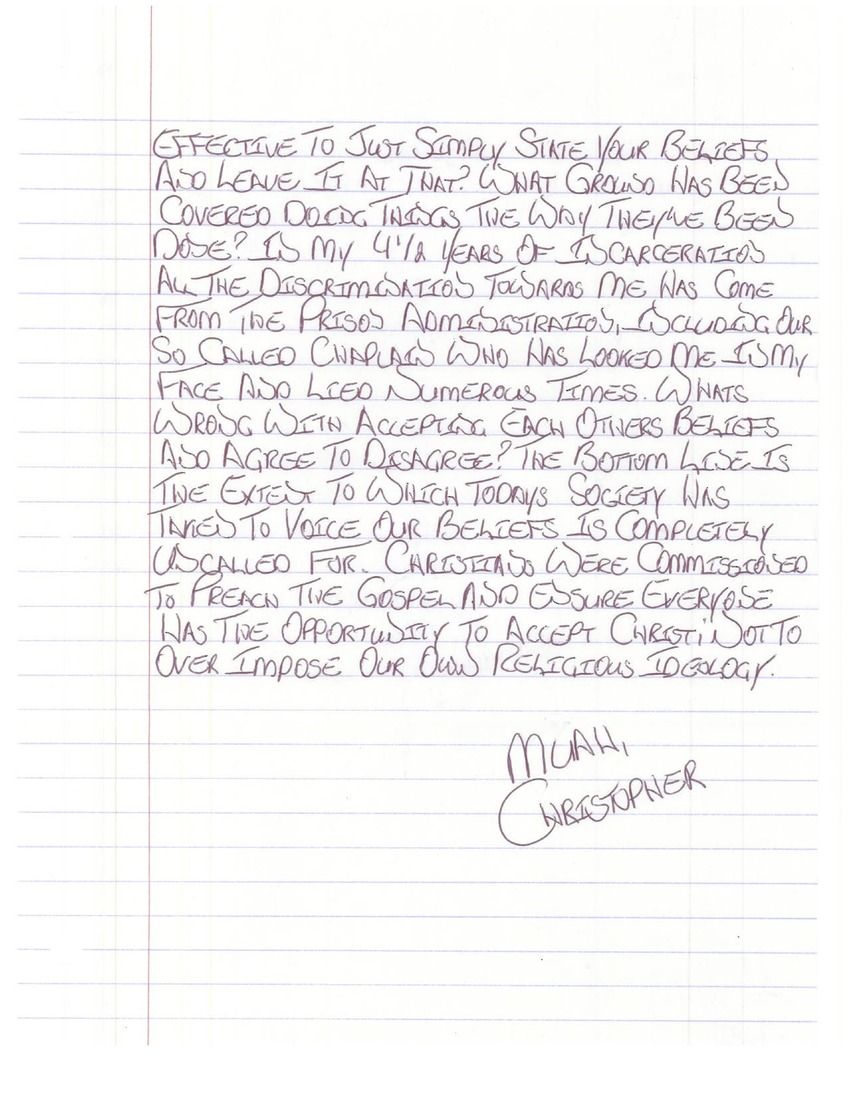 I was recently reading the March/April 2011 issue of one of my favorite publications, The American's Sovereign Bulletin. I came across an article written by Bob Wruth regarding a street preacher who was arrested for saying homosexual conduct is a sin. This particular story dealt with a case from the United Kingdom but, as we all know, situations like these happen all the time in America. As I read the article, I began to wonder about the extremity of religious views about homosexuality, which has been contested as the worst abomination.

Now before I get into what I'm trying to say, let me first start with what I'm not trying to say. Do I disagree with this street preacher or anyone else who may be of the same opinion? Absolutely not! I find nothing offensive in one expressing his beliefs. I'm not here to debate about the morality of homosexuality or to say who's right and who's wrong. The condemnation of homosexuality is not what bothers me.

What I disagree with—moving into what I am trying to say—is the insurmountable measures people go to in order to express their dislike and, in most cases, deep malevolence towards it, especially when done from a religious standpoint. What exactly are the principles guiding such protests? I've read a large portion of the Bible and completed hundred Bible studies, and I have never seen such behavior modeled in Christ. In fact, I've read occasions where he left cities because his teachings weren't accepted. He even instructed his disciples to shake the dust from their feet when they came to a house/city where they weren't accepted.

With this paradigm in mind, why must we go to such extreme measures to criticize someone else? Why must we be so pushy about our own beliefs and display such considerable energy to put down opposing ones? Yet at the same time, e're not respecting another's beliefs. We're demanding the most for ours. What complete irony! Wouldn't it just be more effective to just simply state your beliefs and leave it at that? What ground has been covered doing things the way they've been done?

In my 4 1/2 years of incarceration, all the discrimination towards me has come from the prison administration, including the so-called chaplain who has looked me in my face and lied numerous times. What's wrong with accepting each other's beliefs and agree to disagree?

The bottom line is the extent to which today's society has taken to voice our beliefs is completely uncalled for. Christians were commissioned to preach the Gospel and ensure everyone has the opportunity to accept Christ, not to over-impose our own religious ideology.