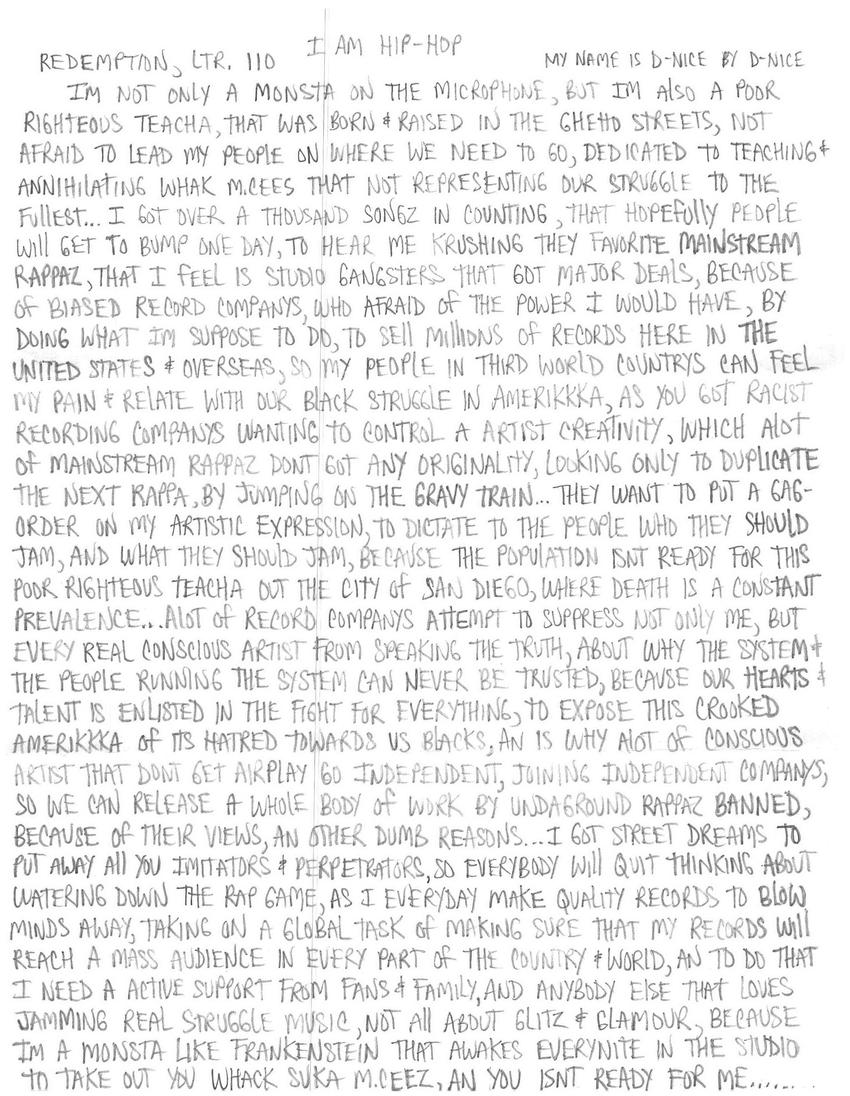 I'm not only a monsta on the microphone, but I'm also a poor righteous teacha that was born & raised in the ghetto streets, not afraid to lead my people on where we need to go; dedicated to teaching & annihilating whak M.cees that not representing our struggle to the fullest...

I got over a thousand songz in counting that hopefully people will get to bump one day. To hear me krushing they favorite mainstream rappaz that I feel is studio gangsters that go major deals because of biased record companies who afraid of the people I would have; by doing what I'm suppose to do: to sell millions of records here in the United States & overseas; so my people in the third world countries can feel my pain & relate with our black struggle in AmeriKKKa, as you got racist recording companies wanting to control an artist's creativity; which a lot of mainstream rappaz don't got any originality, looking only to duplicate the next rappa by jumping on the gravy train. They want to put a gag-order on my artistic expression, to dictate to the people who they should jam, and what they should jam because the population isn't ready for this poor righteous teacha out the city of San Diego, where death is a constant prevalence.

A lot of record companies attempt to suppress not only me, but ever real conscious artist from speaking the truth about why the system % the people running the system can never be trusted; because our hearts & talent is enlisted in the fight for everything: to expose this crooked AmeriKKKa of its hatred towards us blacks an' is why a lot of conscious artists that don't get airplay go independent, joining independent companies. So we can release a whole body of work by undaground rappaz, banned because of their views an' other dumb reasons.

I got street dreams to put away all you imitators & perpetrators so everybody will quit thinking about watering down the rap game, as I every day make quality records to blow minds away, taking on a global task of making sure that my records will reach a mass audience in every part of the country & world; an' to do that, I need an active support from fans & family, and anybody else that loves jamming real struggle music, not all about glitz & glamor.

Because I'm a monsta like Frankenstein that awakes every nite in the studio to take you whack suka M.Ceez, an' you isn't ready for me.