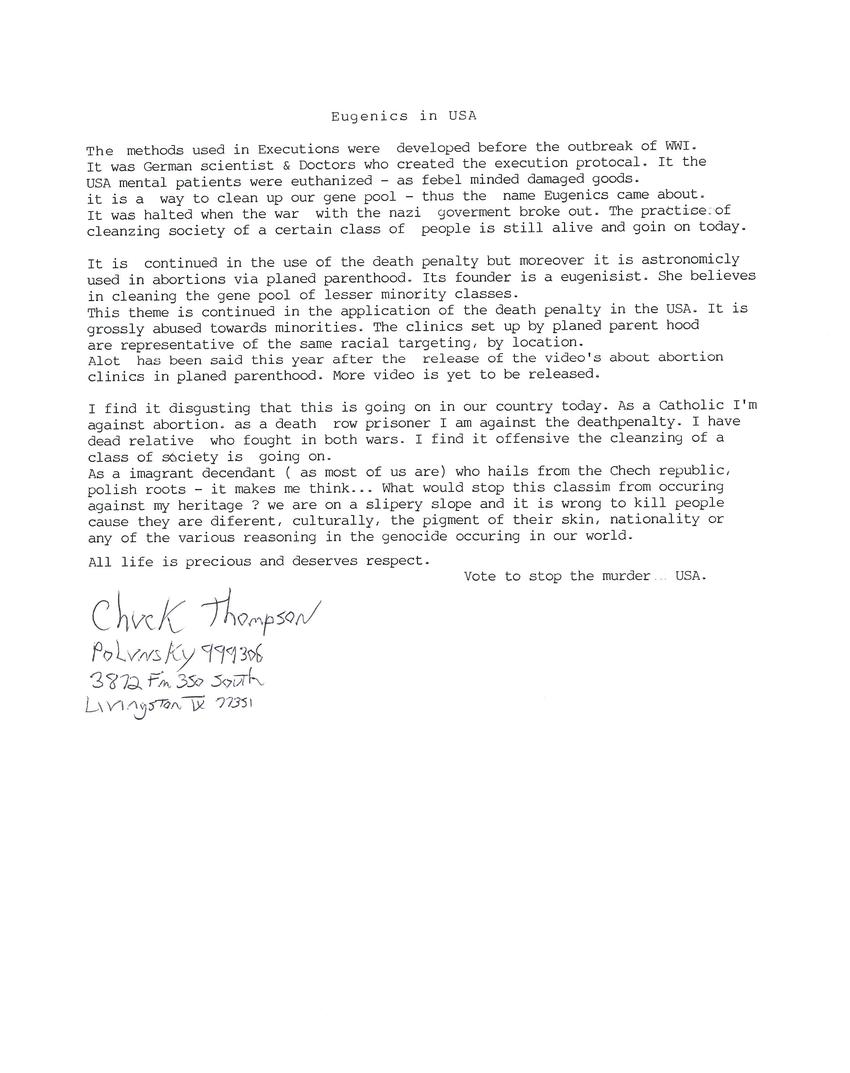 The methods used in Executions were developed before the outbreak of WWI.
It was German scientists & Doctors who created the execution protocol. The
USA mental patients were euthanized - as feeble minded damaged goods.
It is a way to clean our gene pool - thus the name Eugenics came about.
It was halted when the war with the nazi government broke out. The practice of
cleansing society of a certain class of people is still alive and going on today.

It is continued in the use of the death penalty but moreover it is astronomically
used in abortions via planned parenthood. Its founder is a eugenist. She believes
in cleaning the gene pool of lesser minority classes.
This theme is continued in the application of the death penalty in the USA. It is
grossly abused towards minorities. The clinics set up by planned parent hood
are representative of the same racial targeting, by location.
A lot has been said this year after the release of the video's about abortion
clinics in planned parenthood. More video is yet to be released.

I find it disgusting that this is going on in our country today. As a Catholic I'm
against abortion. As a death row prisoner I am against the death penalty. I have a
dead relative who fought in both wars. I find it offensive that the cleansing of a
class of society is going on.

As a immigrant descendant (as most of us are) who hails from the Czech republic,
Polish roots - it makes me think... What would stop this classism from occurring
against my heritage? We are on a slippery slope and it is wrong to kill people
cause they are different, culturally, the pigment of their skin, nationality or
any of the various reasoning in the genocide occurring in our world.

All life is precious and deserves respect.

Vote to stop the murder USA.