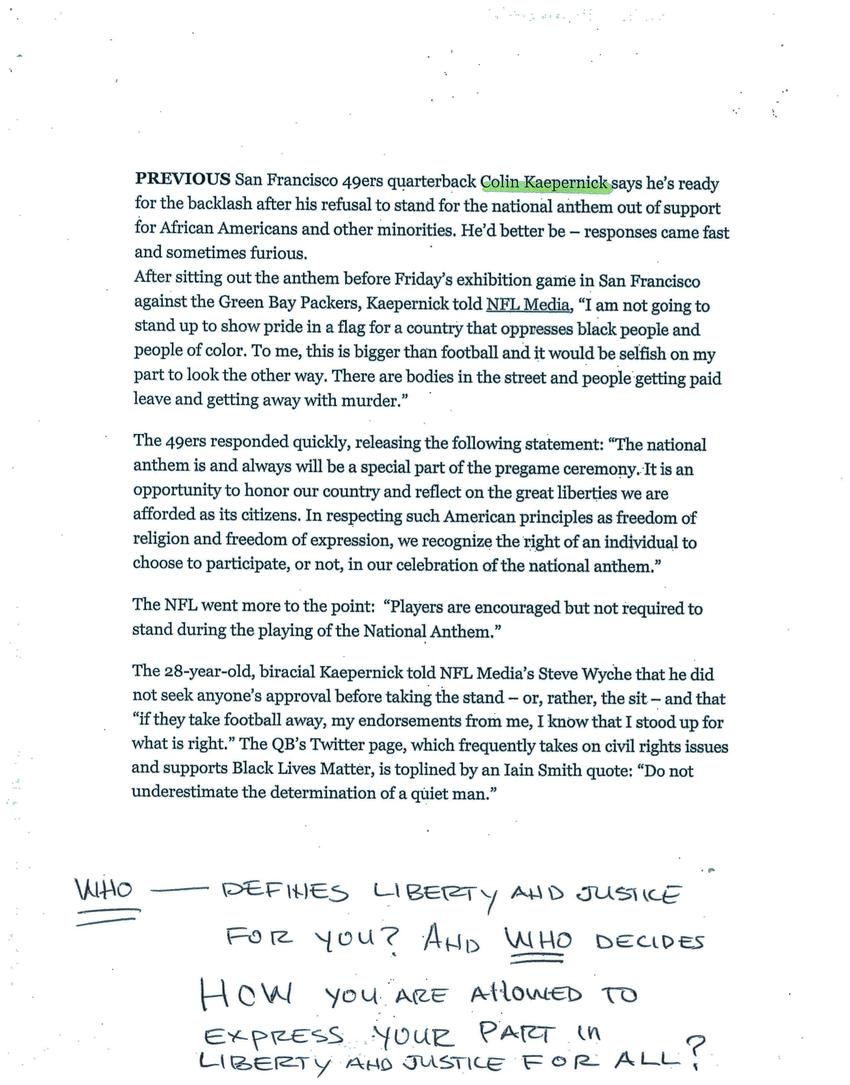 PREVIOUS
San Francisco 49ers quarterback Colin Kaepernick says he's ready for the backlash after his refusal to stand for the national anthem out of support for African Americans and other minorities. He'd better be—responses come fast and sometimes furious.

After sitting out the anthem before Friday's exhibition game in San Francisco against the Green Bay Packers, Kaepernick told NFL Media, "I am not going to stand up to show pride in a flag for a country that oppresses black people and people of color. To me, this is bigger than football and it would be selfish on my part to look the other way. There are bodies in the street and people getting paid leave and getting away with murder."

The 49ers responded quickly, releasing the following statement: "The national anthem is and always will be a special part of the pregame ceremony. It is an opportunity to honor our country and reflect on the great liberties we are afforded as its citizens. In respecting such American principles as freedom of religion and freedom of expression, we recognize the right of an individual to choose to participate, or not, in our celebration of the national anthem."

The NFL went more to the point: "Players are encouraged but not required to stand during the playing of the National Anthem."

The 28-year-old, biracial Kaepernick told NFL Media's Steve Wyche that he did not seek anyone's approval before taking the stand—or rather, the sit—and that, "if they take football away, my endorsements from me, I know that I stood up for what is right." The QB's Twitter page, which frequently takes on civil rights issues and supports Black Lives Matter, is toplined by an Iain Smith quote: "Do not underestimate the determination of a quite man."

I think it's important that when you get a large platform that you use it for good #Justiceforall. Also Kaepernick is bad ass! For his stance against injustice
I really miss your daily words of wisdom. Love Serena & Juicee
(scanned reply – view as blog post)
uploaded Feb. 6, 2017.  Original (PDF) 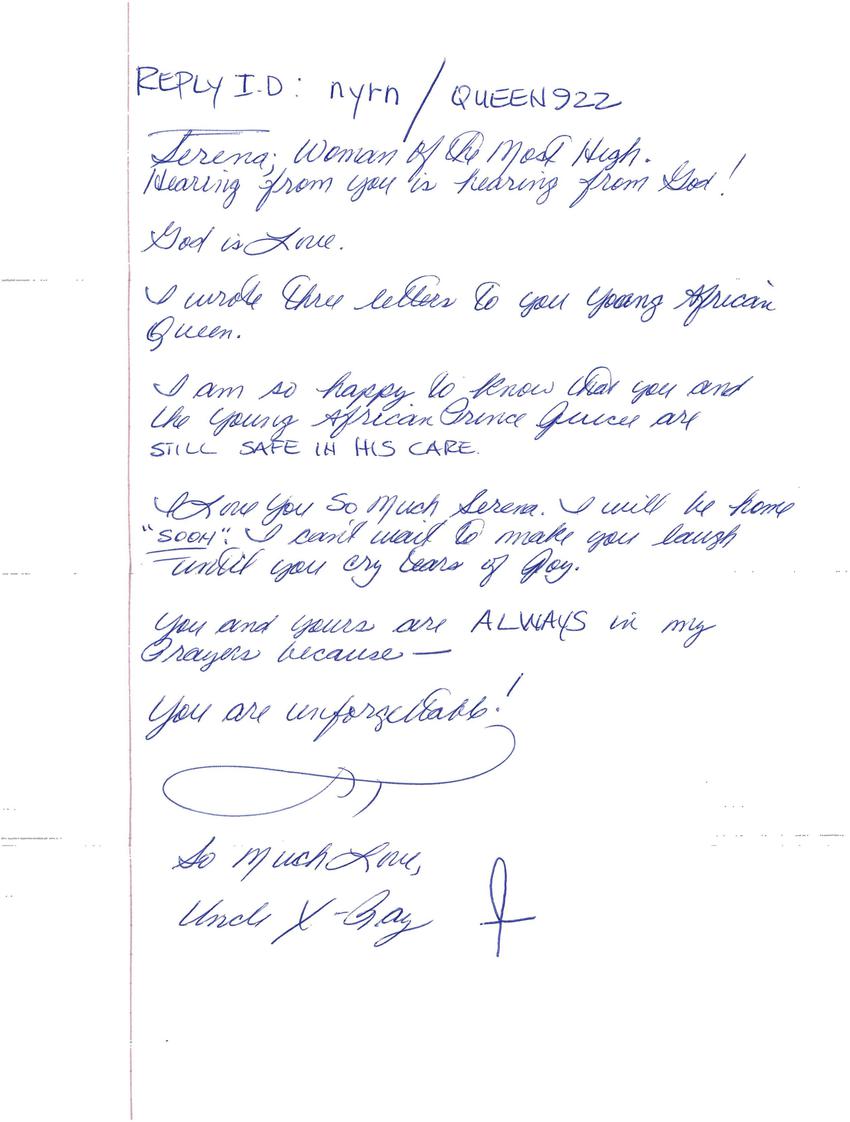