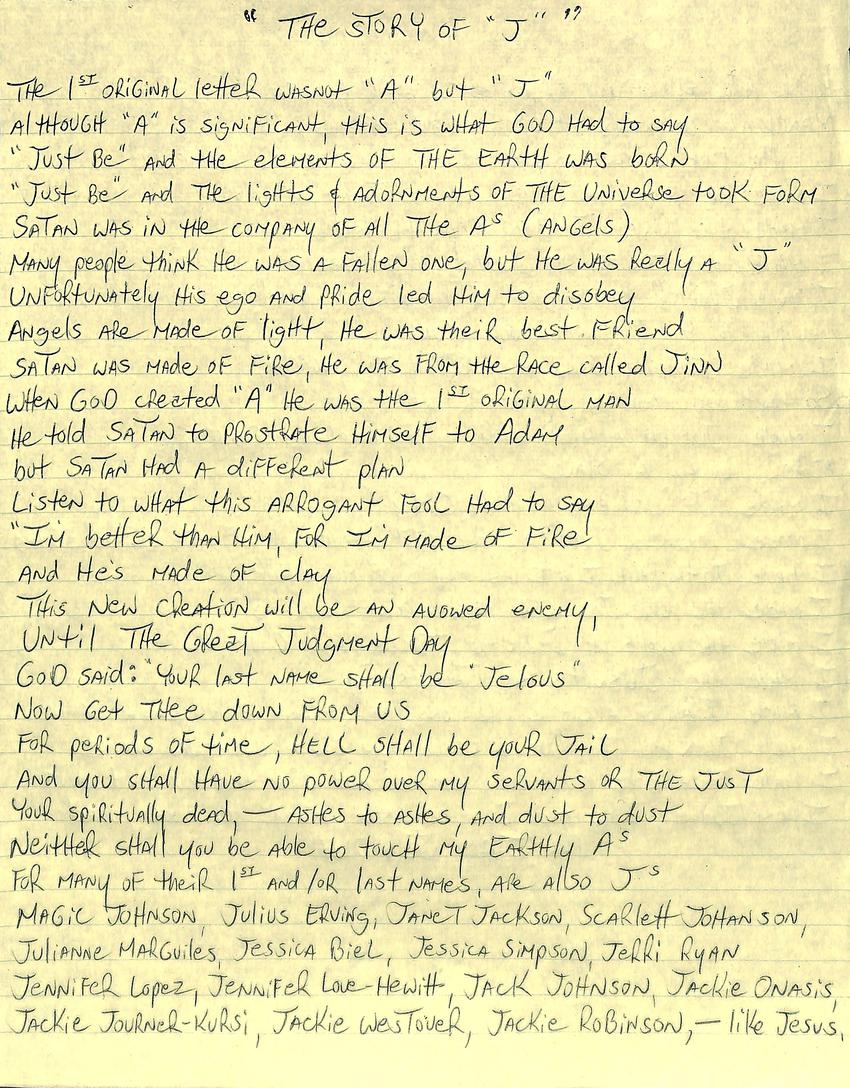 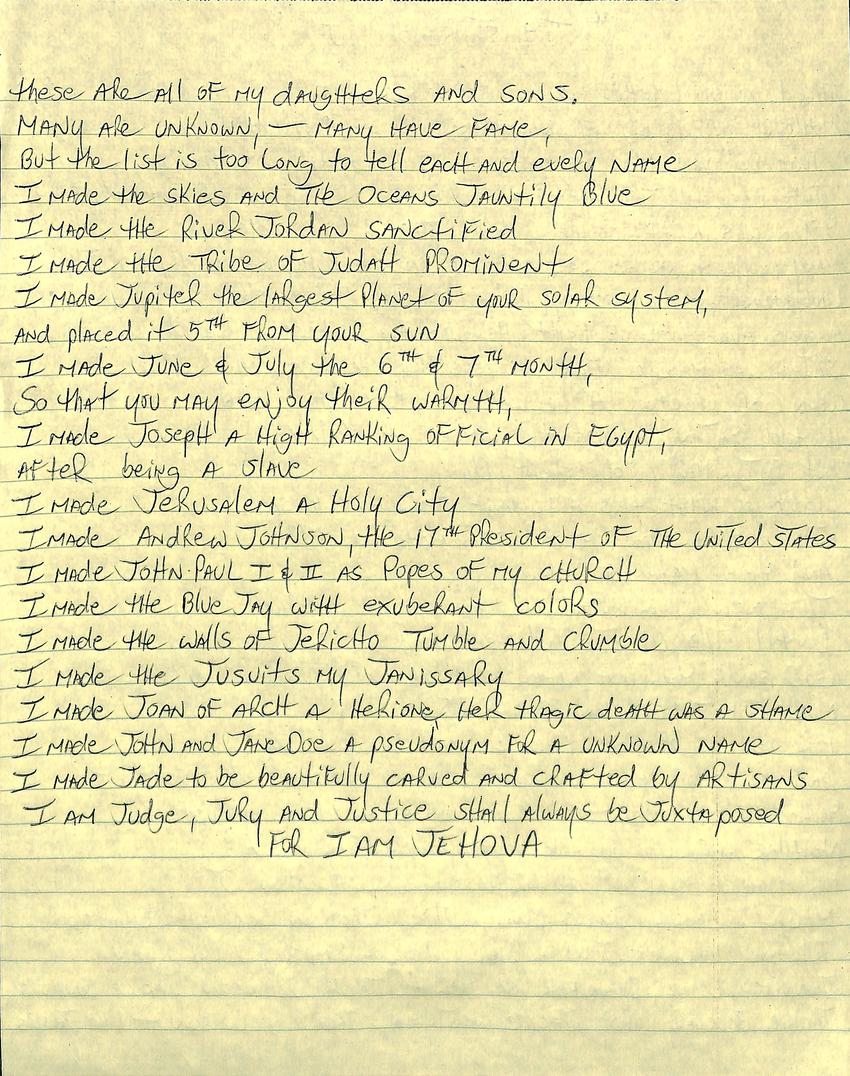 The Story of J

The first original letter wasn't A but J.
Although A is significant, this is about what God has to say.
"Just be," and the elements of the earth were born.
"Just be," and the lights and adornments of the universe took form.
Satan was in the company of all the A's (angels_
Many people think he was a fallen one, but he was really a "J".
Unfortunately, his ego and pried led him to disobey.
Angels are made of light, he was their best friend.
Satan was made of fire; he was from the race called Jinn.
When God created A, he was the first original man.
He told Satan to prostate himself to Adam,
but Satan had a different plan.
Listen to what this arrogant fool had to say.
"I'm better than Him, for I'm made of fire
and He's made of clay.
This new creation will be an avowed enemy."
God said, "Your last name shall be Jealousy.
Now get thee down from us.
For periods of time, Hell shall be your jail
and you shall have no power over my servants or the just.
You're spiritually dead—ashes to ashes, and dust to dust.
Neither shall you be able to touch my earthly A's,
for many of their first and/or last names are also J's.
Magic Johnson, Julius Erving, Janet Jackson, Scarlett Johanson,
Julianne Marguiles, Jessica Biel, Jessica Simpson, Jerri Ryan,
Jennifer Lopez, Jennifer Love-Hewitt, Jack Johnson, Jackie Onasis,
Jackie Journer-Kursi, Jackie Westover, Jackie Robinson—like Jesus.
These are all of my daughters and sons.
Many are unknown—many have fame.
But the list is too long to tell each and every name,
I made the skies and the oceans jauntily blue.
I made the River Jordan sanctified.
I made the tribe of Judah prominent.
I made Jupiter the largest planet of your solar system
and placed it fifth from your sun.
I made June and July, the sixth and seventh months,
so that you may enjoy their warmth.
I made Joseph, a high ranking official in Egypt,
after being a slave.
I made Jerusalem a holy city.
I made Andrew Johnson, the 17th President of the United States.
I made John Paul I and II as popes of my church.
I made the blue jay with exuberant colors.
I made the walls of Jericho tumble and crumble.
I made the Jesuits my janissary.
I made Joan of Arc a heroine, her tragic death was a shame.
I made John and Jane Doe, a pseudonym for the unknown.
I made jade to be beautifully carved and crafted by artisans.
I am judge and the jury, and justice shall always be juxtaposed
for I am Jehova."