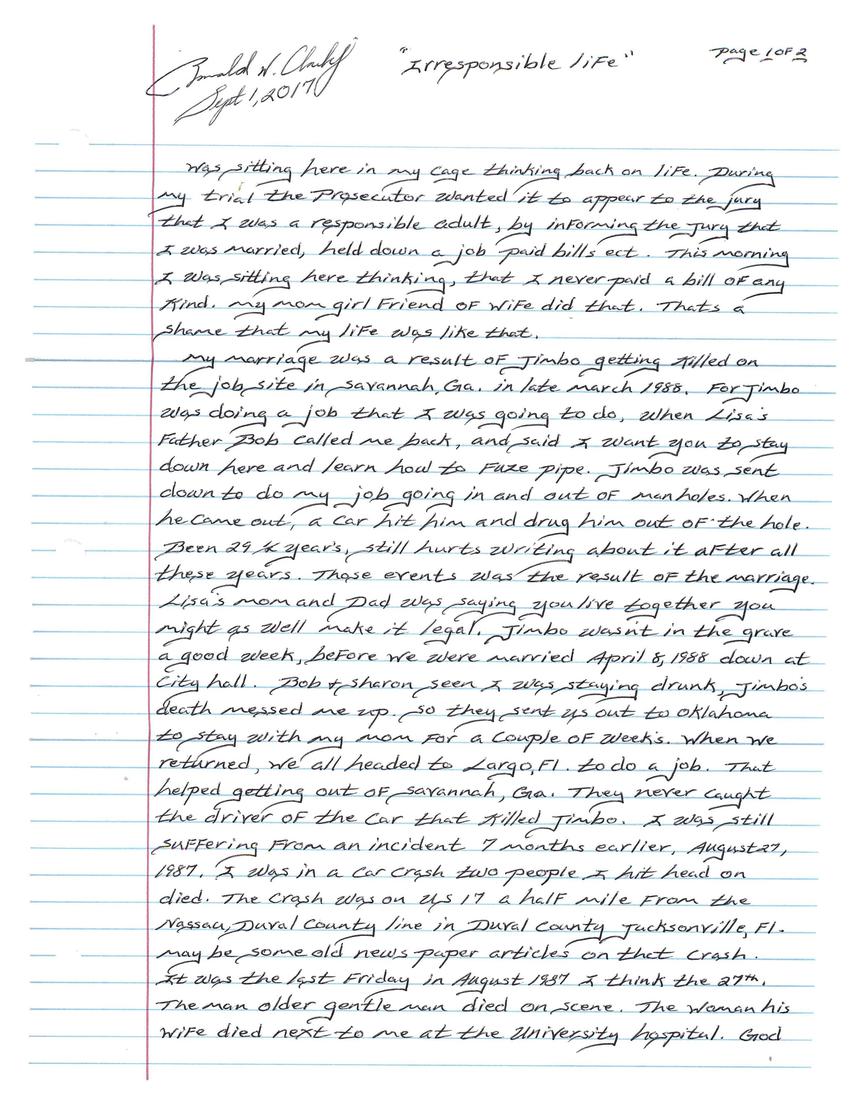 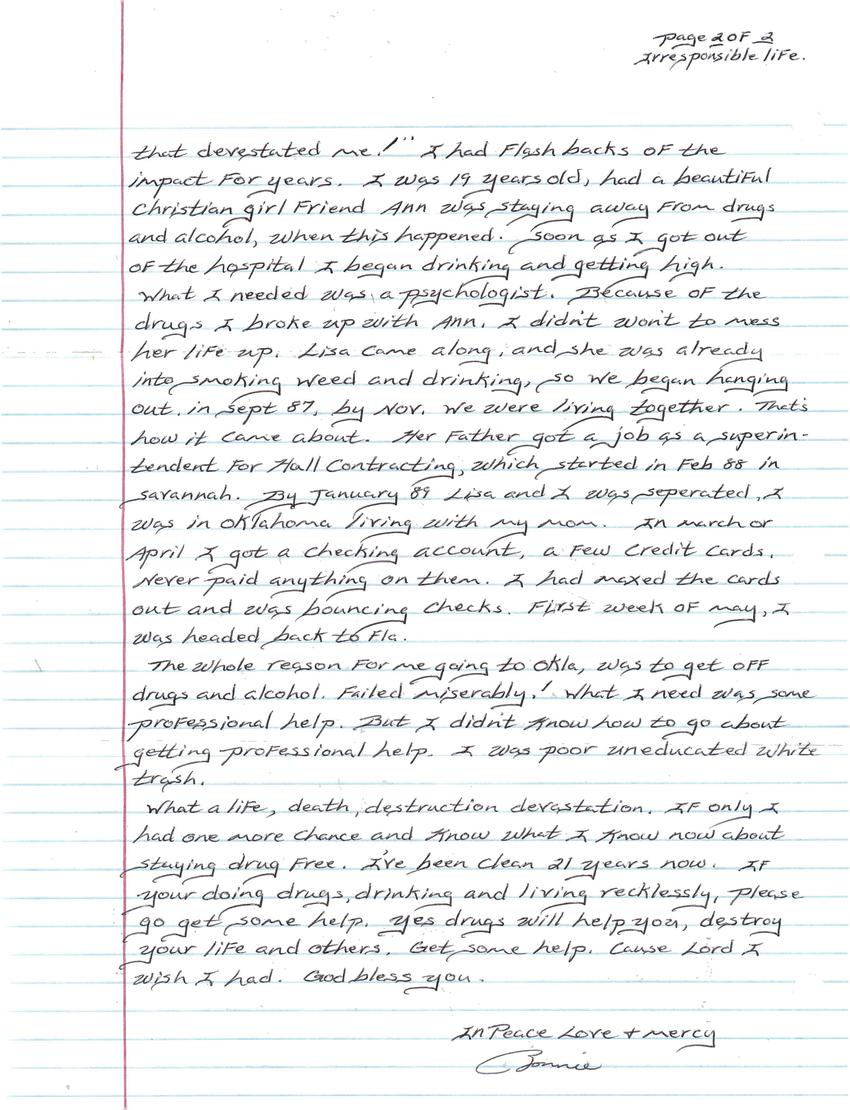 Was sitting here in my cage thinking back on life. During my trial the prosecutor wanted it to appear to the jury that I was a responsible adult, by informing the jury that I was married, held down a job, paid bill etc. This morning I was sitting here thinking, that I never paid a bill of any kind. My mom, girl friend or wife did that. That's a shame that my life was like that.
My marriage was a result of Jimbo getting killed on the job site in Savannah, Ga. in late March 1988. For Jimbo was doing a job that I was going to do, when Lisa's Father Bob called me back, and said I want you to stay down here and learn how to fuse pipe. Jimbo was sent down to do my job going in and out of man holes. When he came out, a car hit him and dragged him out of the hole. Been 29 1/2 years, still hurts writing about it after all these years. Those events was the result of the marriage. Lisa's mom and dad was saying you live together you might as well make it legal. Jimbo wasn't in the grave a good week, before we were married April 8 ,1988 down at city hall. Bob & Sharon seen I was staying drunk, Jimbo's death messed me up. So they sent us out to Oklahoma to stay with my mom for a couple of weeks. When we returned, we all headed to Largo, Fl. to do a job. That helped getting out of Savannah, Ga. They never caught the driver of the car that killed Jimbo. I was still suffering from an incident 7 months earlier, August 27, 1987. I was in a car crash two people I hit head on died. The crash was on US 17 a half mile from the Nassau, Duval County line in Duval County Jacksonville, Fl. may be some old newspaper articles on that crash. It was the last Friday in August 1987 I think the 27th. The man older gentleman died on scene. The woman his wife died next to me at the University hospital. God that devastated me! I had flash backs of the impact for years. I was 19 years old, had a beautiful Christian girl friend Ann, was staying away from drugs and alcohol, when this happened. Soon as I got out of the hospital I began drinking and getting high. What I needed was a psychologist. Because of the drugs I broke up with Ann. I didn't want to mess her life up. Lisa came along, and she was already into smoking weed and drinking, so we began hanging out in Sept 87, by Nov we were living together. That's how it came about. Her father got a job as a superintendent for hall contracting, which started in Feb 88 in Savannah. By January 89 Lisa and I was separated, I was in Oklahoma living with my mom. In March or April I got a checking account, a few credit cards. Never paid anything on them. I had maxed the cards out and was bouncing checks. First week of May, I was headed back to Fla.
The whole reason for me going to Okla., was to get off drugs and alcohol. Failed miserably! What I need was some professional help. But I didn't know how to go about getting professional help. I was poor uneducated white trash.
What a life, death, destruction, devastation. If only I had one more chance and know what I know now about staying drug free. I've been clean 21 years now. If your doing drugs, drinking and living recklessly, please go get some help. Yes drugs will help you, destroy your life and others. Get some help. Cause Lord I wish I had. God bless you.