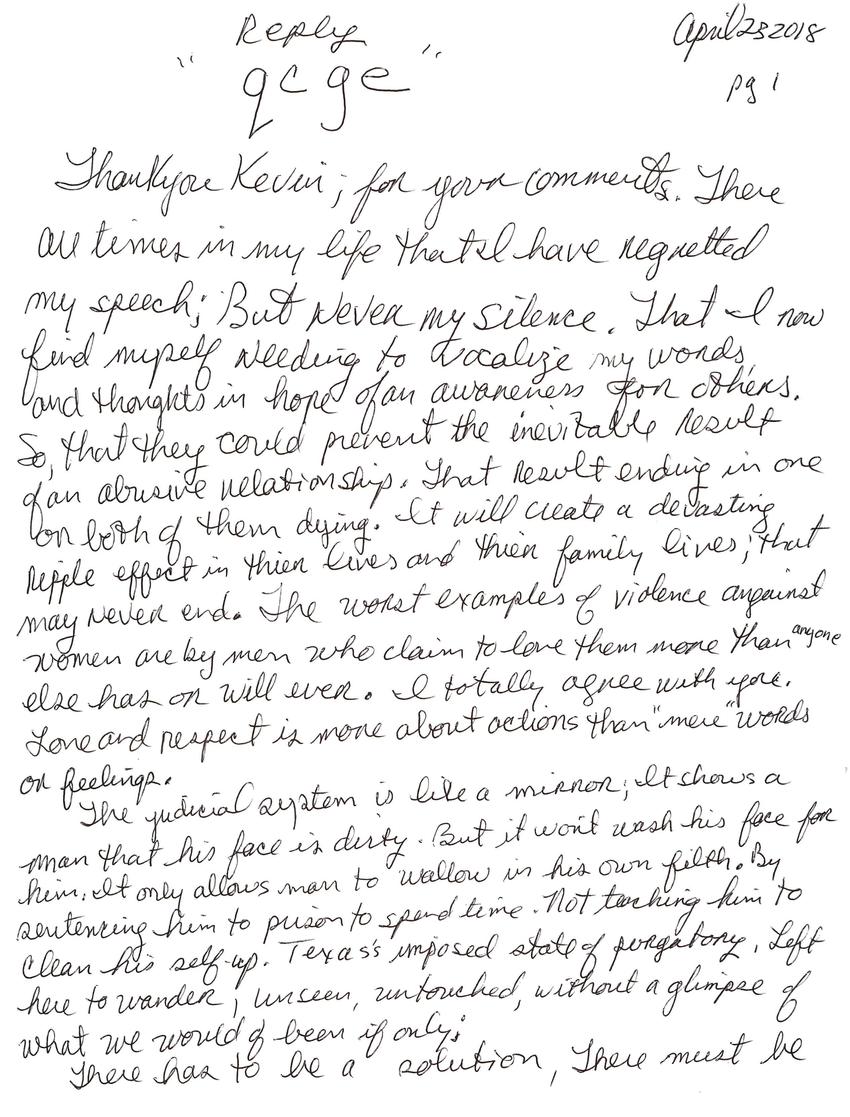 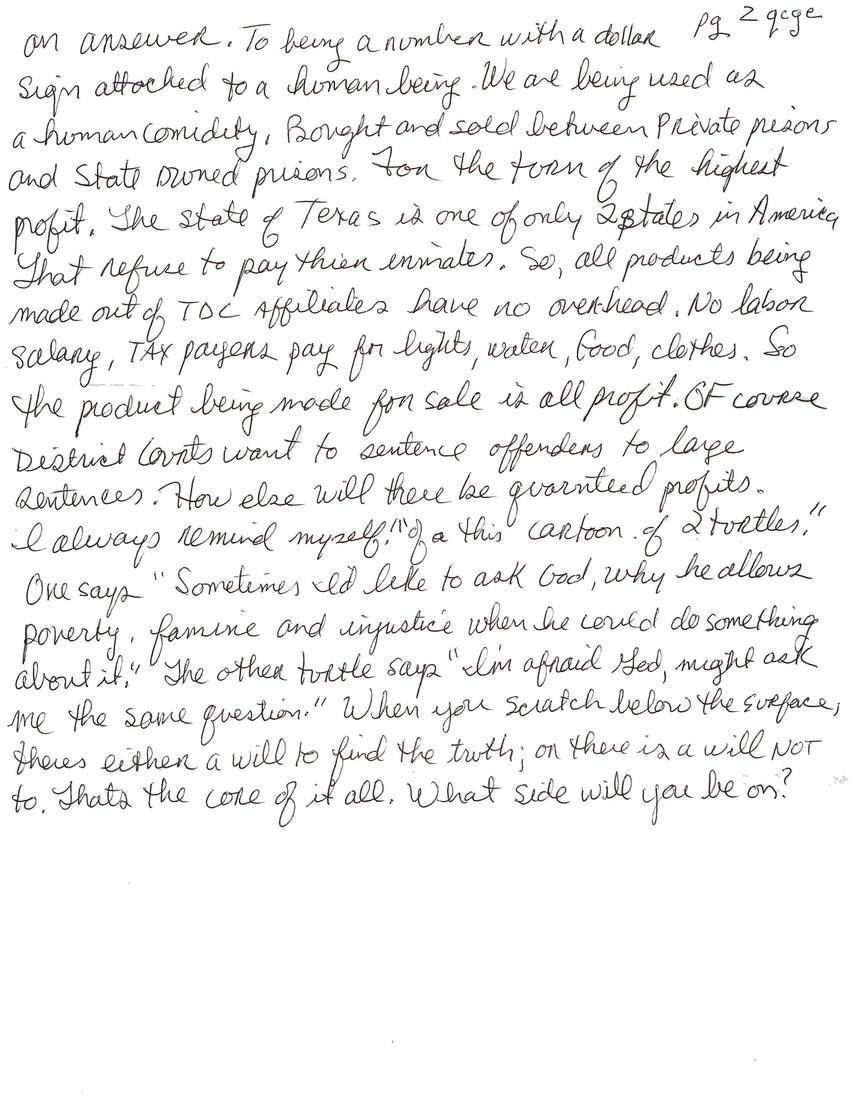 Thank you, Kevin, for your comments. There are times in my life that I have regretted my speech but never my silence.

That I now find myself needing to vocalize my words and thoughts in hope of an awareness for others, so that they could prevent the inevitable result of abusive relationships that result in ending one or both of them dying—it will create a devastating ripple effect in their lives and their family lives that may never end. The worst examples of violence against women are by men who claim to love them more than anyone else has or ever will. I totally agree with you—love and respect is more about actions than "mere" words or feelings.

The judicial system is like a mirror. It shows a man that his face is dirty. But it won't wash his face for him. It only allows man to wallow in his own filth. By sentencing him to prison to spend time, not teaching him to clean himself up. Texas's imposed state of purgatory, left here to wonder, unseen, untouched, without a glimpse of what we would have been if only...

There has to be a solution, there must be an answer to being a number with a dollar sign attached to a human being. We are being used as a human commodity, bought and sold between private prisons and state owned prisons for the highest profit. The state of Texas is one of the only two states in America that refuses to pay their inmates. So all products being made out of TOC Affiliates have no overhead. No labor salary. Taxpayers pay for lights, water, foods, and clothes. The product is being made and sold is all profit.

Of course, district courts want to sentence offenders to large sentences. How else will there be guaranteed profits?

I always remind myself of this cartoon of two turtles. One says, "Sometimes I'd like to ask God why he allows poverty, famine and injustice when he could do something about it." The other turtle says, "I'm afraid God might ask me the same question." When you scratch below the surface, there's either a will to find the truth or there is a will NOT to. That's the core of it all. What side will you be on?