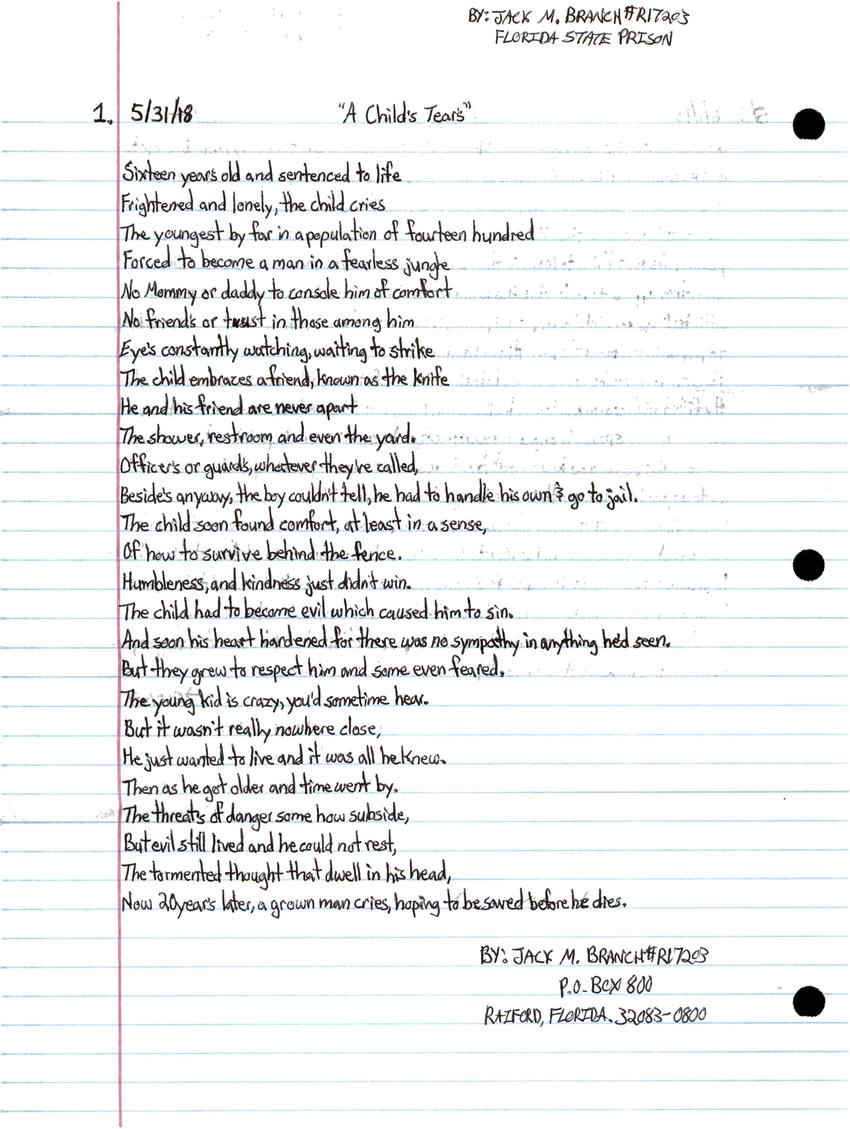 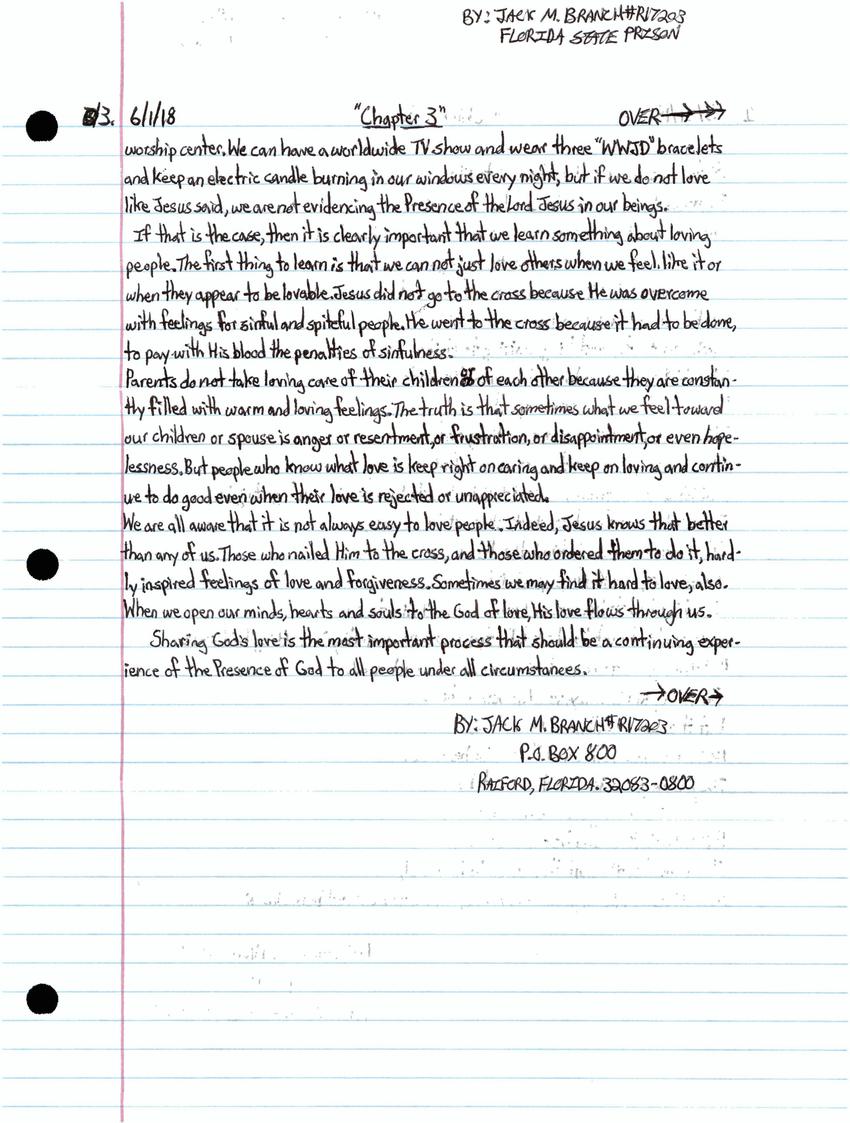 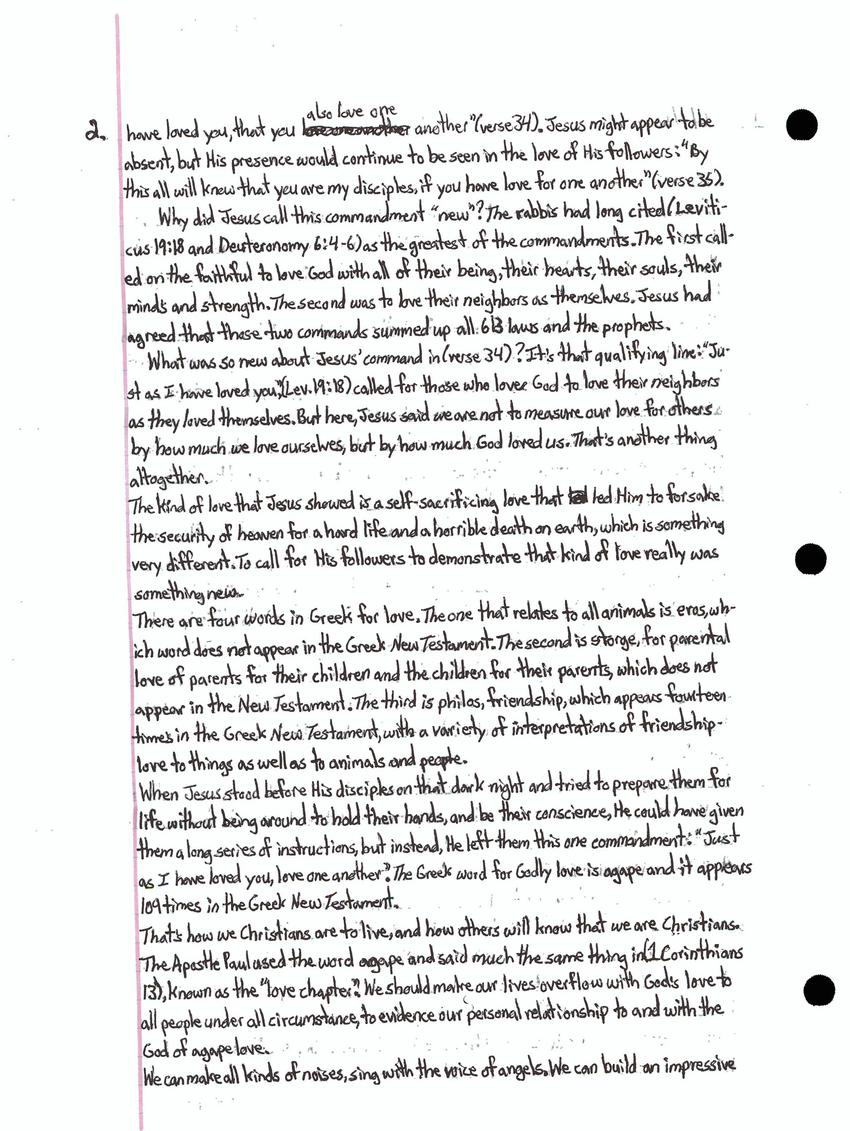 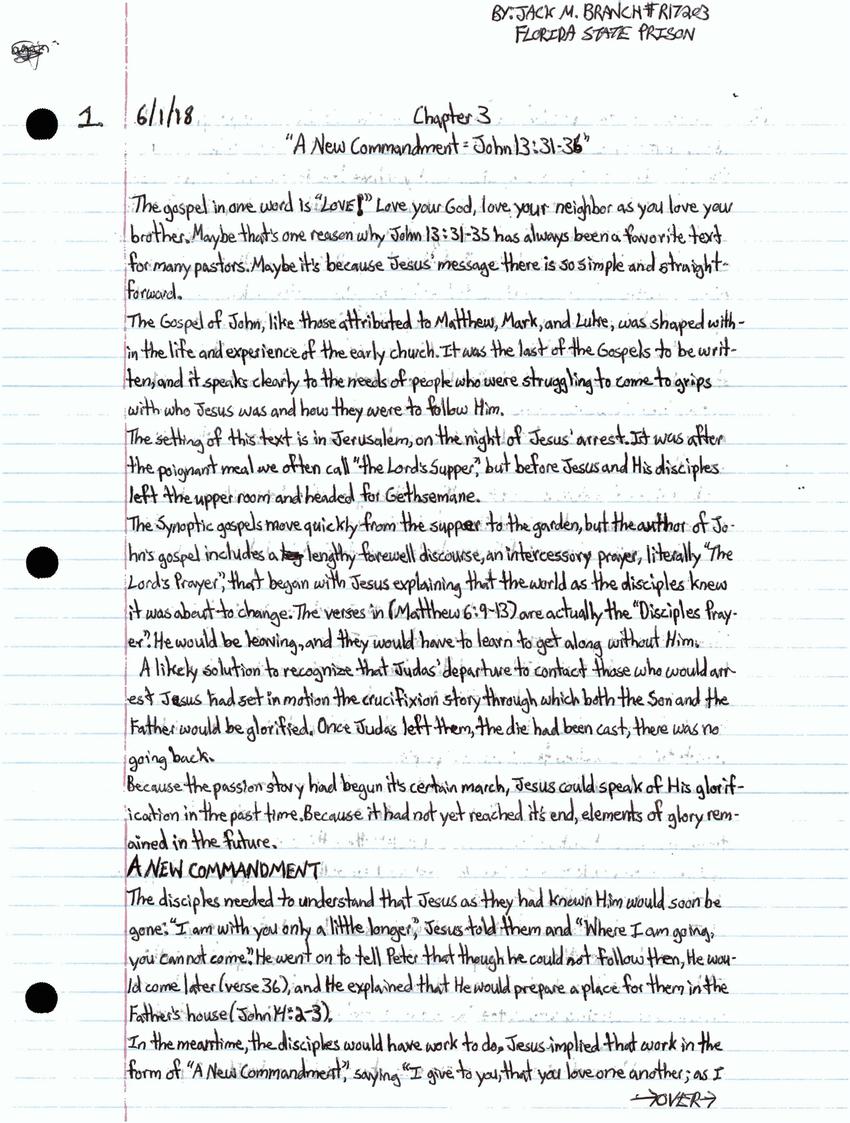 Sixteen years old and sentenced to life
Frightened and lonely, the child cries
The youngest by far in a population of fourteen hundred
Forced to become a man in a fearless jungle
No Mommy or daddy to console him of comfort
No friends or trust in those among him
Eye's constantly watching, waiting to strike
The child embraces a friend, known as the knife
He and his friend are never apart
The shower, restroom and even the yard.
Officers or guards, whatever they're called,
Besides anyway, the boy couldn't tell, he had to handle his own & go to jail.
The child soon found comfort, at least in a sense,
Of how to survive behind the fence.
Humbleness, and kindness just didn't win.
The child had to become evil which caused him to sin.
And soon his heart hardened for there was no sympathy in anything he'd seen.
But they grew to respect him and some even feared.
The young kid is crazy, you'd sometime hear.
But it wasn't really nowhere close,
He just wanted to live and it was all he knew.
Then as he got older and time went by.
The threats of danger somehow subside,
But evil still lived and he could not rest,
The tormented thought that dwell in his head,
Now 20 years later, a grown man cries, hoping to be saved before he dies.

The gospel in one word is "LOVE!" Love your God, love your neighbour as you love your brother. Maybe that's one reason why John 13:31-35 has always been a favorite text for many pastors. Maybe it's because Jesus' message there is so simple and straight forward.
The Gospel of John, like those attributed to Matthew, Mark, and Luke, was shaped within the life and experience of the early church. It was the last of the Gospels to be written, and it speaks clearly to the needs of people who were struggling to come to grips with who Jesus was and how they were to follow Him.
The setting of this text is in Jerusalem, on the night of Jesus' arrest. It was after the poignant meal we often call "the Lord's Supper", but before Jesus and His disciples left the upper room and headed for Gethsemane.
The Synoptic gospels move quickly from the supper to the garden, but the author of John's gospel includes a lengthy farewell discourse, an intercessory prayer, literally "The Lord's Prayer", that began with Jesus explaining that the world as the disciples knew it was about to change. The verses in (Matthew 6:9-13) are actually the "Disciples Prayer". He would be leaving, and they would have to learn to get along without Him.
A likely solution to recognize that Judas' departure to contact those who would arrest Jesus had set in motion the crucifixion story through which both the Son and the Father would be glorified. Once Judas left them, the die had been cast, there was no going back.
Because the passion story had begun it's certain march, Jesus could speak of His glorification in the past time. Because it had not yet reached it's end, elements of glory remained in the future.
A NEW COMMANDMENT
The disciples needed to understand that Jesus as they had known Him would soon be gone. "I am with you only a little longer," Jesus told them and "Where I am going, you cannot come." He went on to tell Peter that though he could not follow then, He would come later (verse 36), and He explained that He wold prepare a place for them in the Father's house (John 14:2-3).
In the meantime, the disciples would have work to do. Jesus implied that work in the form of "A New Commandment", saying "I give to you, that you love one another; as I have loved you, that you also love one another" (verse 34). Jesus might appear to be absent, but His presence would continue to be seen in the love of His followers: "By this all will know that you are my disciples, if you have love for one another" (verse 35),
Why did Jesus call this commandment "new"? The rabbis

I've been reading all your posts. I really enjoy the poetry you write, I think you are talented and insightful. Thank you for sharing.

Greetings from the Gulf Coast.