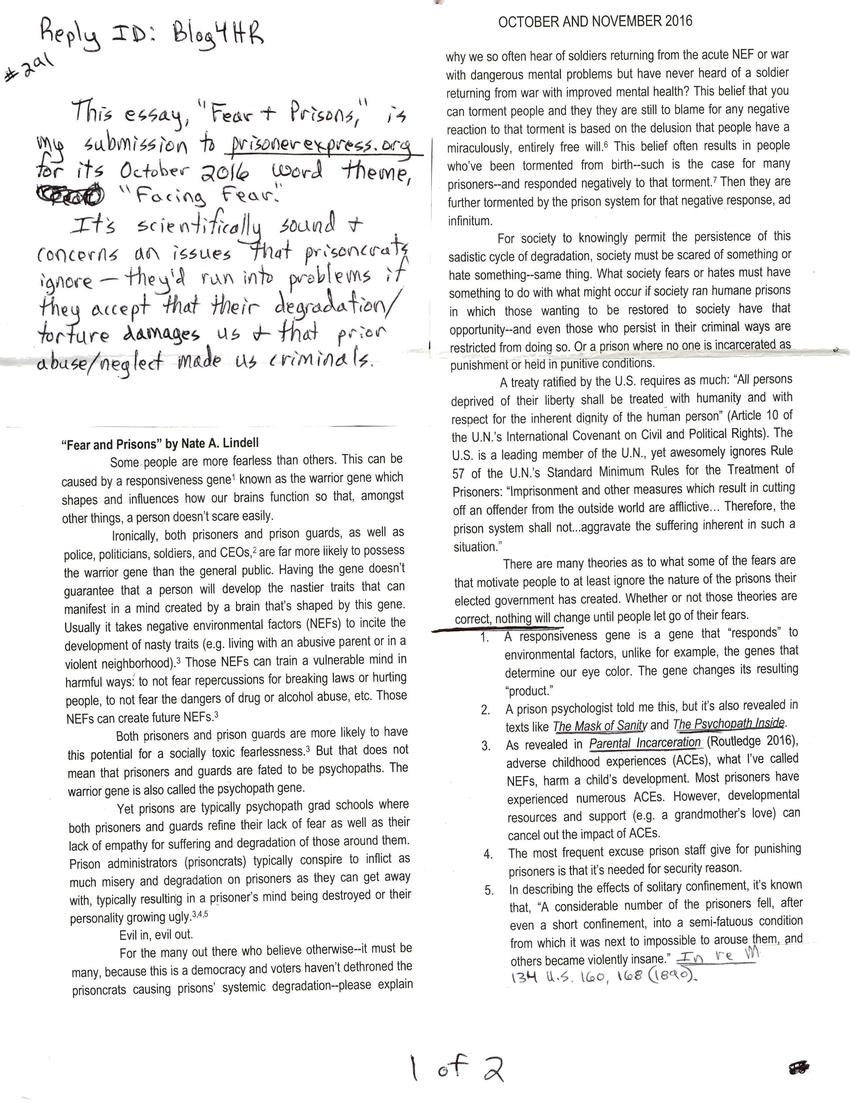 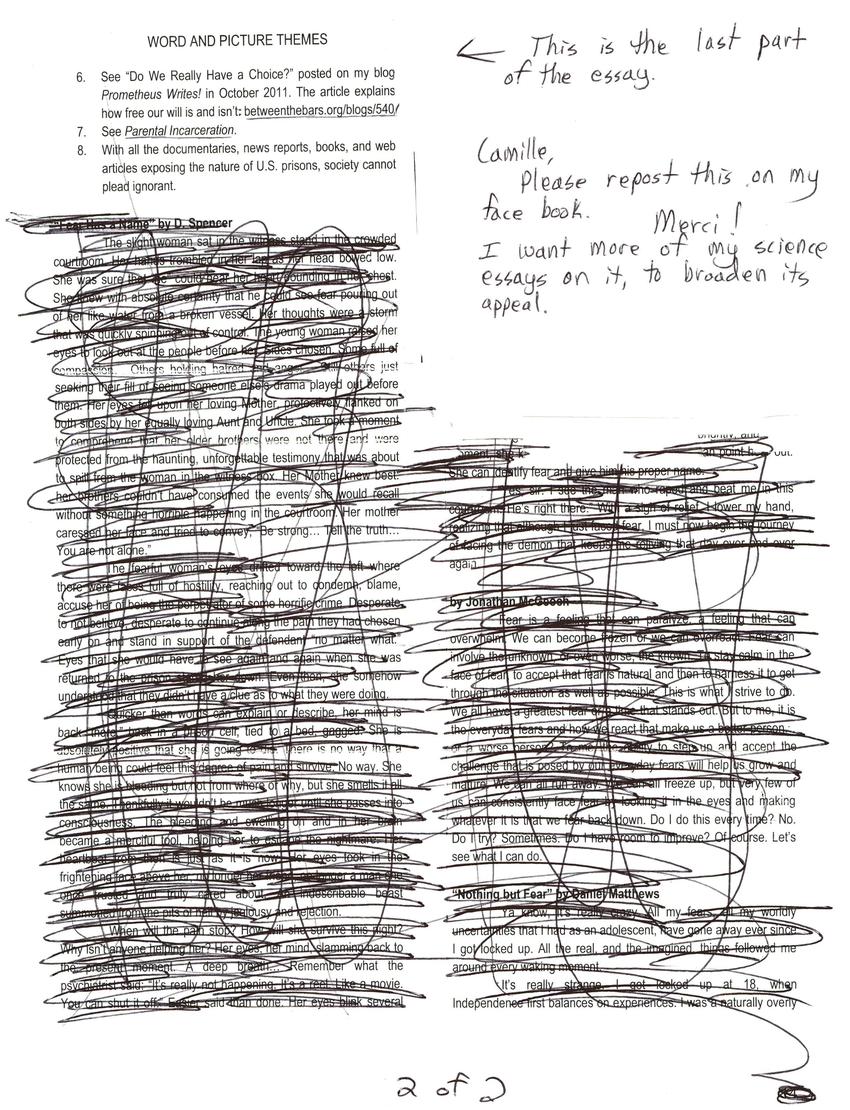 This essay, "Fear + Prisons," is my submission to prisonerexpress.org for its October 2016 word theme, "Faring Fear". Its scientifically sound + concerns an issues that prisoncrats ignore - they'd run into problems if they accept that their degradation/torture damages us + that prior abuse/neglect made us criminals.

"Fear and Prisons" by Nate A. Lindell
Some people are more fearless than others. This can be caused by a responsiveness gene known as the warrior gene which shapes and influences how our brains function so that, amongst other things, a person doesn't scare easily.
Ironically, both prisoners and prison guards, as well as police, politicians, soldiers, and CEOS^2, are far more likely to possess the warrior gene^1 than the public. Having the gene doesn't guarantee that a person will develop the nastier traits that can manifest in a mind created by a brain that's shaped by this gene. Usually it takes negative environmental factors (NEFs) to incite the development of nasty traits (e.g. living with an abusive parent or in a violent neighborhood).^3 Those NEFs can train a vulnerable mind in harmful ways: to not fear repercussions for breaking laws of hurting people, to not fear the dangers of drug or alcohol abuse, etc. Those NEFs can create future NEFs.^3
Both prisoners and prison guards are more likely to have this potential for a socially toxic fearlessness.^3 But that does not mean that prisoners and guards are fated to be psychopaths. The warrior gene is also called the psychopath gene.
Yet prisons are typically psychopath grad schools where both prisoners and guards refine their lack of fear as well as their lack of empathy for suffering and degradation of those around them. Prison administrators (prisoncrats) typically conspire to inflict as much misery and degradation on prisoners as they can get away with, typically resulting in a prisoner's mind being destroyed or their personality growing ugly. ^3,4,5
Evil in, evil out.
For the many out there who believe otherwise--it must be many, because this is a democracy and voters haven't dethroned the prisoncrat causing prisons' systemic degradation--please explain why we so often hear of soldiers returning from the acute NEF or war with dangerous mental problems but have never heard of a soldier returning from war with improved mental health? This belief that you can torment people and they they are still to blame for any negative reaction to that torment is based on the delusion that people have a miraculously, entirely free will.^6 This belief often results in people who've been tormented from bith--such is the case for many prisoners--and responded negatively to that torment.^7 They they are further tormented by the prison system for that negative response, adinfinitum.