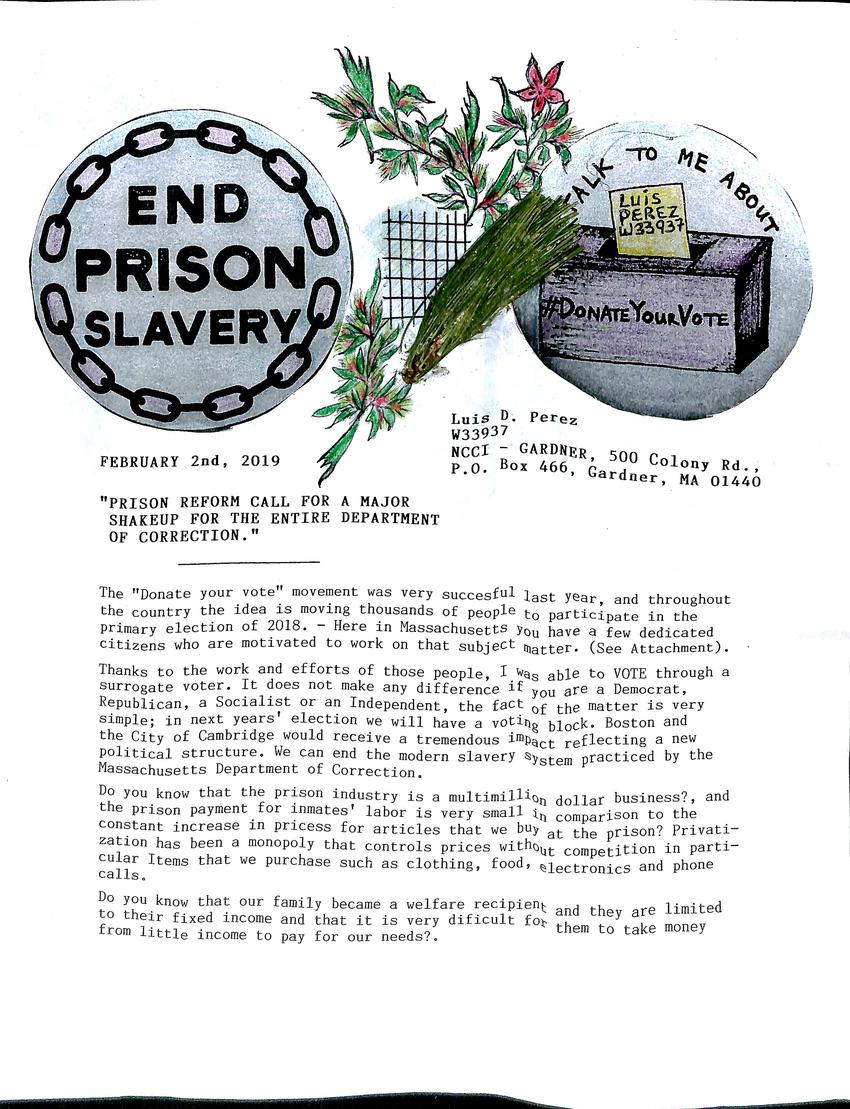 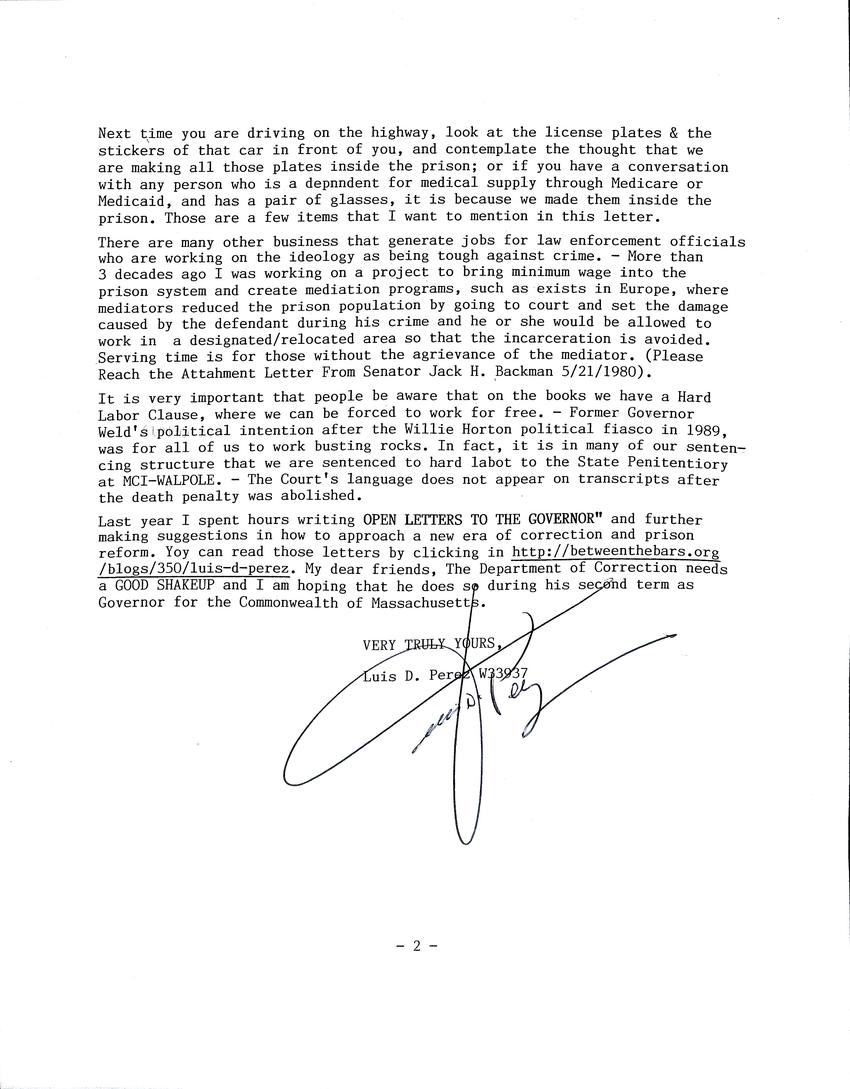 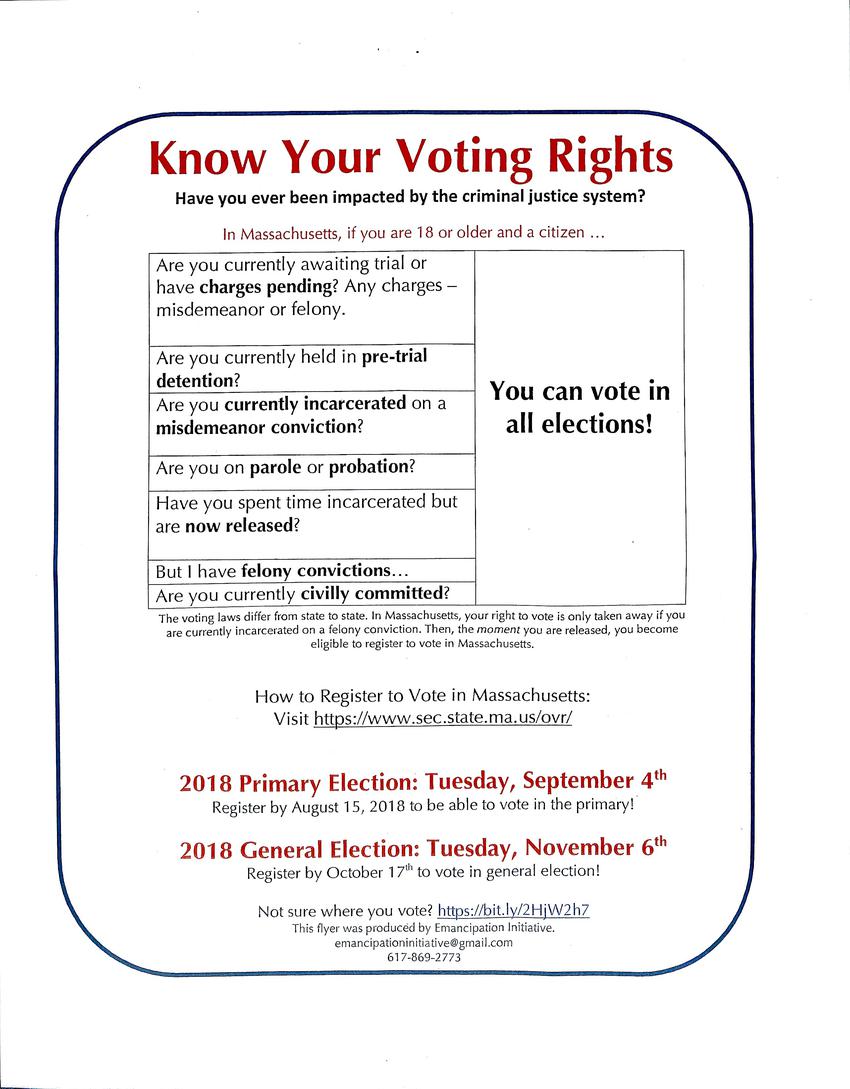 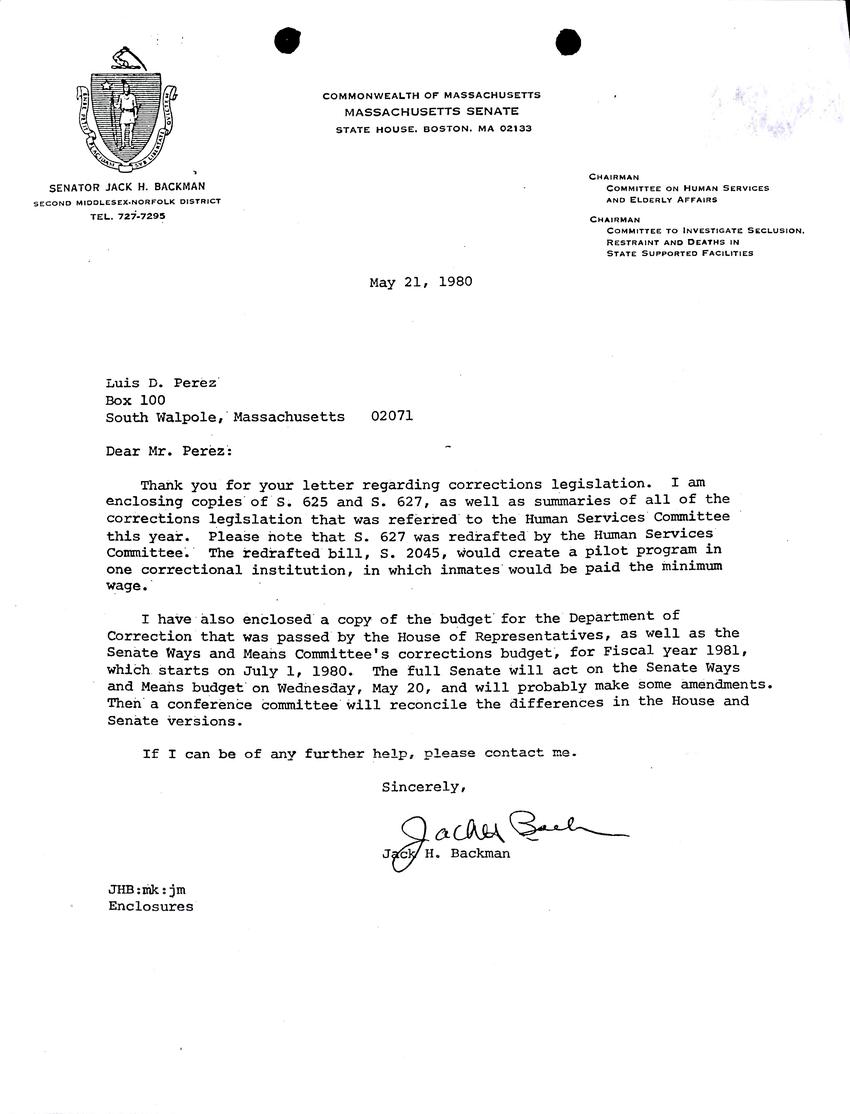 TALK TO ME ABOUT #DONATEYOURVOTE

"PRISON REFORM CALL FOR A MAJOR SHAKEUP FOR THE ENTIRE DEPARTMENT OF CORRECTION."

The "Donate your vote" movement was very successful last year, and throughout the country the idea is moving thousands of people to participate in the primary election of 2018. - Here in Massachusetts you have a few dedicated citizens who are motivated to work on that subject matter. (See Attachment).

Thanks to the work and efforts of those people, I was able to VOTE through a surrogate voter. It does not make any difference if you are a Democrat, Republican, a Socialist or an Independent, the fact of the matter is very simple; in next years' election we will have a voting block. Boston and the City of Cambridge would receive a tremendous impact reflecting a new political structure. We can end the modern slavery system practiced by the Massachusetts Department of Correction.

Do you know that the prison industry is a multimillion dollar business?, and the prison payment for inmates' labor is very small in comparison to the constant increase in prices for articles that we buy at the prison? Privatization has been a monopoly that controls prices without competition in particular Items that we purchase such as clothing, food, electronics and phone calls.

Do you know that our family became a welfare recipient and they are limited to their fixed income and that it is very difficult for them to take money from little income to pay for our needs?

Next time you are driving on the highway, look at the license plates & the stickers of that car in front of you, and contemplate the thought that we are making all those plates inside the prison; or if you have a conversation with any person who is a dependent for medical supply through Medicare or Medicaid, and has a pair of glasses, it is because we made them inside the prison. Those are a few items that I want to mention in this letter.

There are many other business that generate jobs for law enforcement officials who are working on the ideology as being tough against crime. - More than 3 decades ago I was working on a project to bring minimum wage into the prison system and create mediation programs, such as exists in Europe, where mediators reduced the prison population by going to court and set the damage caused by the defendant during his crime and he or she would be allowed to work in a designated/relocated area so that the incarceration is avoided. Serving time is for those without the agrievance of the mediator. (Please Reach the Attachment Letter From Senator Jack H. Backman 5/21/1980).

It is very important that people be aware that on the books we have a Hard Labor Clause, where we can be forced to work for free. - Former Governor Weld's political intention after the Willie Horton political fiasco in 1989, was for all of us to work busting rocks. In fact, it is in many of our sentencing structure that we are sentenced to hard labor to the State Penitentiary at MCI-WALPOLE. - The Court's language does not appear on transcripts after the death penalty was abolished.

Last year I spent hours writing OPEN LETTERS TO THE GOVERNOR" and further making suggestions in how to approach a new era of correction and prison reform. You can read those letters by clicking in http://betweenthebars.org/blogs/350/luis-d-perez. My dear friends, The Department of Correction needs a GOOD SHAKEUP and I am hoping that he does so during his second term as Governor for the Commonwealth of Massachusetts.

Have you ever been impacted by the criminal justice system?

In Massachusetts, if you are 18 or older and a citizen...

Are you currently awaiting trial or have charges pending? Any charges - misdemeanor or felony.

Are you currently held in pre-trial detention?

Are you currently incarcerated on a misdemeanor conviction?

Are you on parole or probation?

Have you spent time incarcerated but are now released?

But I have felony convictions...

Are you currently civilly committed?

You can vote in all elections!

The voting laws differ from state to state. In Massachusetts, your right to vote is only taken away if you are currently incarcerated on a felony conviction. Then, the MOMENT you are released, you become eligible to register to vote in Massachusetts.

How to Register to Vote in Massachusetts:
Visit https://www.sec.state.ma.us.ovr/

Not sure where you vote? https://bit.ly.2HjW2h7

This flyer was produced by Emancipation Initiative.
emancipationinitiative@gmail.com
617-869-2773

This office has reactivated your CPF ID# and issued a password for any campaign activity that you have as a candidate for governor. Your CPF ID# is 14945 and your password for electronic filing is S8PB1DPJ. The password is not case sensitive.

If I may be of further assistance, please let me know.

Thank you for your letter regarding corrections legislation. I am enclosing copies of S. 625 and S. 627, as well as summaries of all of the corrections legislation that was referred to the Human Services Committee this year. Please note that S. 627 was redrafted by the Human Services Committee. The redrafted bill, S. 2045, would create a pilot program in one correctional institution, in which inmates would be paid the minimum wage.

I have also enclosed a copy of the budget for the Department of Correction that was passed by the House of Representatives, as well as the Senate Ways and Means Committee's corrections budget, for Fiscal year 1981, which starts on July 1, 1980. The full Senate will act on the Senate Ways and Means budget on Wednesday, May 20, and will probably make some amendments. Then a conference committee will reconcile the differences in the House and Senate versions.

If I can be of any further help, please contact me.