The Election & Justice For All 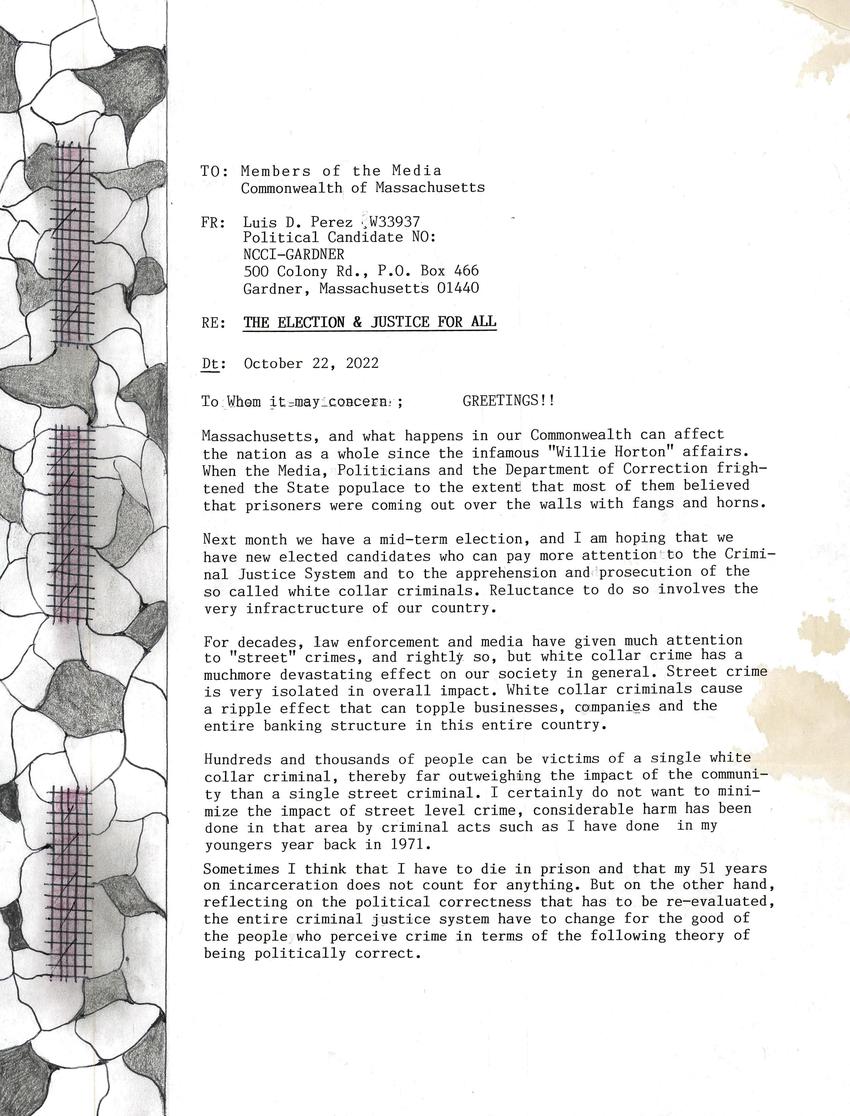 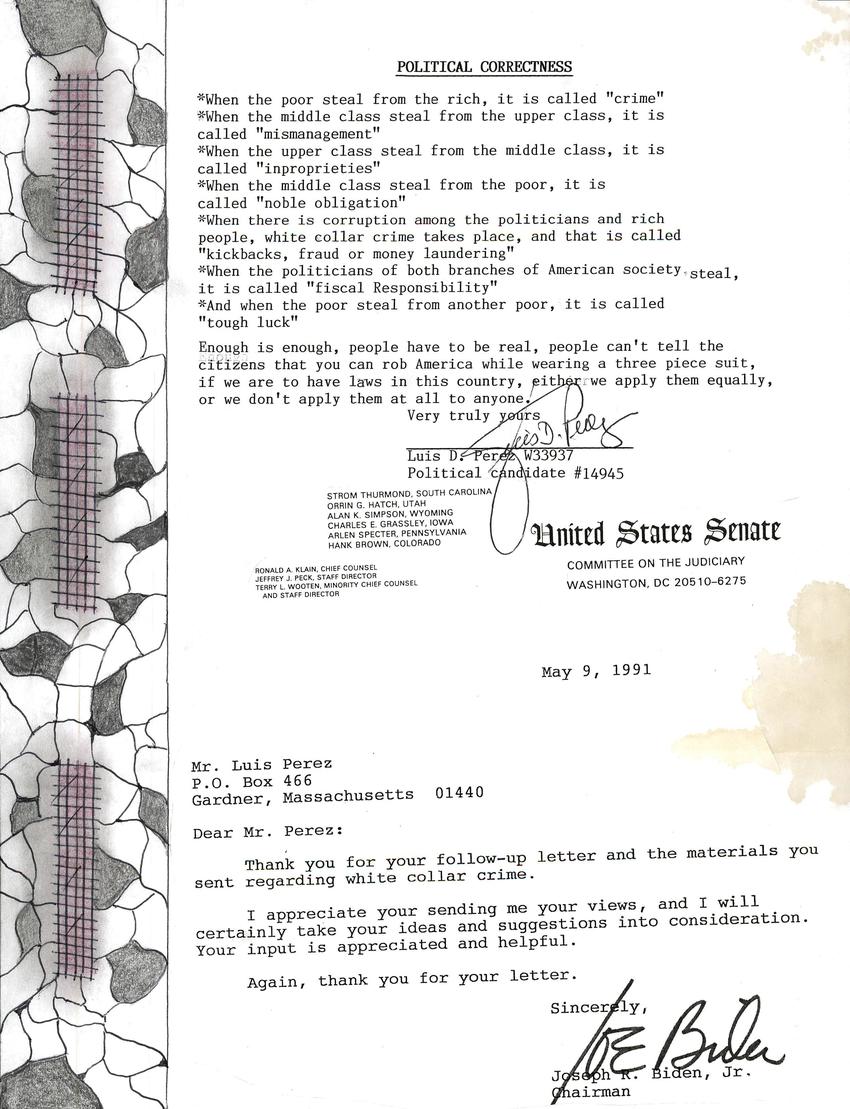 TO: Members of the Media
Commonwealth of Massachusetts

RE: THE ELECTION & JUSTICE FOR ALL

To Whom it may concern; GREETINGS!!

Massachusetts, and what happens in our Commonwealth can affect
the nation as a whole since the infamous "Willie Horton" affairs.
When the Media, Politicians and the Department of Correction frightened
the State populace to the extent that most of them believed
that prisoners were coming out over the walls with fangs and horns.

Next month we have a mid-term election, and I am hoping that we
have new elected candidates who can pay more attention to the Criminal
Justice System and to the apprehension and prosecution of the
so called white collar criminals. Reluctance to do so involves the
very infrastructure of our country.

For decades, law enforcement and media have given much attention
to "street" crimes, and rightly so, but white collar crime has a
much more devastating effect on our society in general. Street crime
is very isolated in overall impact. White collar criminals cause
a ripple effect that can topple businesses, companies and the
entire banking structure in this entire country.

Hundreds and thousands of people can be victims of a single white
collar criminal, thereby far outweighing the impact of the community
than a single street criminal. I certainly do not want to minimize
the impact of street level crime, considerable harm has been
done in that area by criminal acts such as I have done in my
youngers year back in 1971.

Sometimes I think that I have to die in prison and that my 51 years
on incarceration does not count for anything. But on the other hand,
reflecting on the political correctness that has to be re-evaluated,
the entire criminal justice system have to change for the good of
the people who perceive crime in terms of the following theory of
being politically correct.

Enough is enough, people have to be real, people can't tell the
citizens that you can rob America while wearing a three piece suit,
if we are to have laws in this country, either we apply them equally,
or we don't apply them at all to anyone.
Very truly yours
Luis D. Perez
Luis D. Perez W33937
Political candidate #14945

Thank you for your follow-up letter and the materials you
sent regarding white collar crime.

I appreciate your sending me your views, and I will
certainly take your ideas and suggestions into consideration.
Your input is appreciated and helpful.

Again, thank you for your letter.