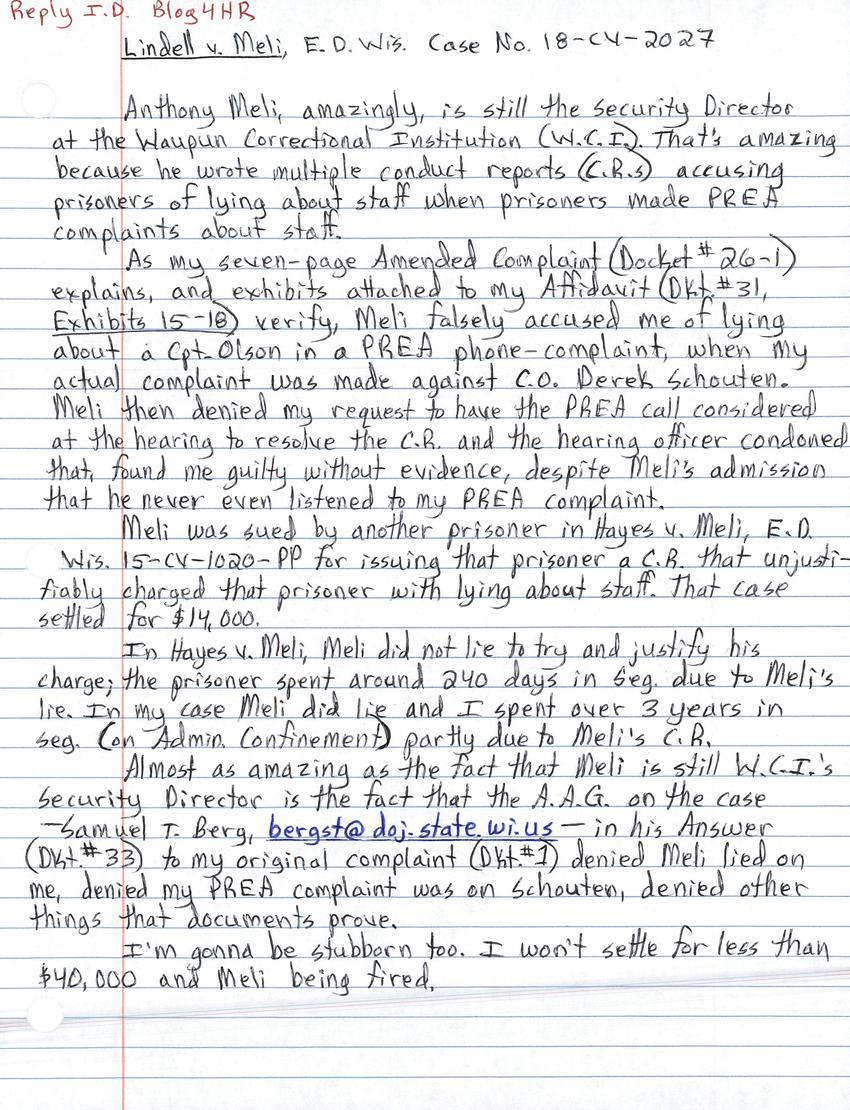 Anthony Meli, amazingly, is still the security director at the Waupun Correctional Institution. That's amazing because he wrote multiple conduct reports accusing prisoners of lying about staff when prisoners made PREA complaints about staff.
As my seven- page amended complaints explains, and exhibits attached to my affidavit verify, Meli falsely accused me of lying about a Cpt. Olson in a PREA phone- complaint, when my actual complaint was made against C.O. Derek Schouten. Meli then denied my request to have the PREA call considered at the hearing to resolve the conduct report and the hearing officer condoned that, found me guilty without evidence, despite Meli's admission that he never even listened to my PREA complaint.
Meli was sued by another prisoner in Hayes v. Meli, E.D.for issuing that prisoner a conduct report that unjustifiably charged that prisoner with lying about staff. That case settled for $14,000.
In Hayes v. Meli, Meli did not lie to try and justify his charge; the prisoner spent around 240 days in Seg. due to Meli's lie. In my case Meli did lie and I spent over 3 years in Seg ( on Admin. Confinement) partly due to Meli's conduct report.
Almost as amazing as the fact that Meli is still at Waupun Correction Institution's security director is the fact that the A.A.G. on the case- Samual T. Berg. bergst@state.wi.us - in his answer to my original complaint denied Meli lied on me, denied my PREA complaint was on Schouten, denied other things that documents prove.
I'm gonna be stubborn too. I won't settle for less than $40,000 and Meli being fired.

Thanks for writing! I finished the transcription for your post. Good luck and I hope you find the justice that you deserve.
(scanned reply – view as blog post)
uploaded Sept. 17, 2019.  Original (PDF) 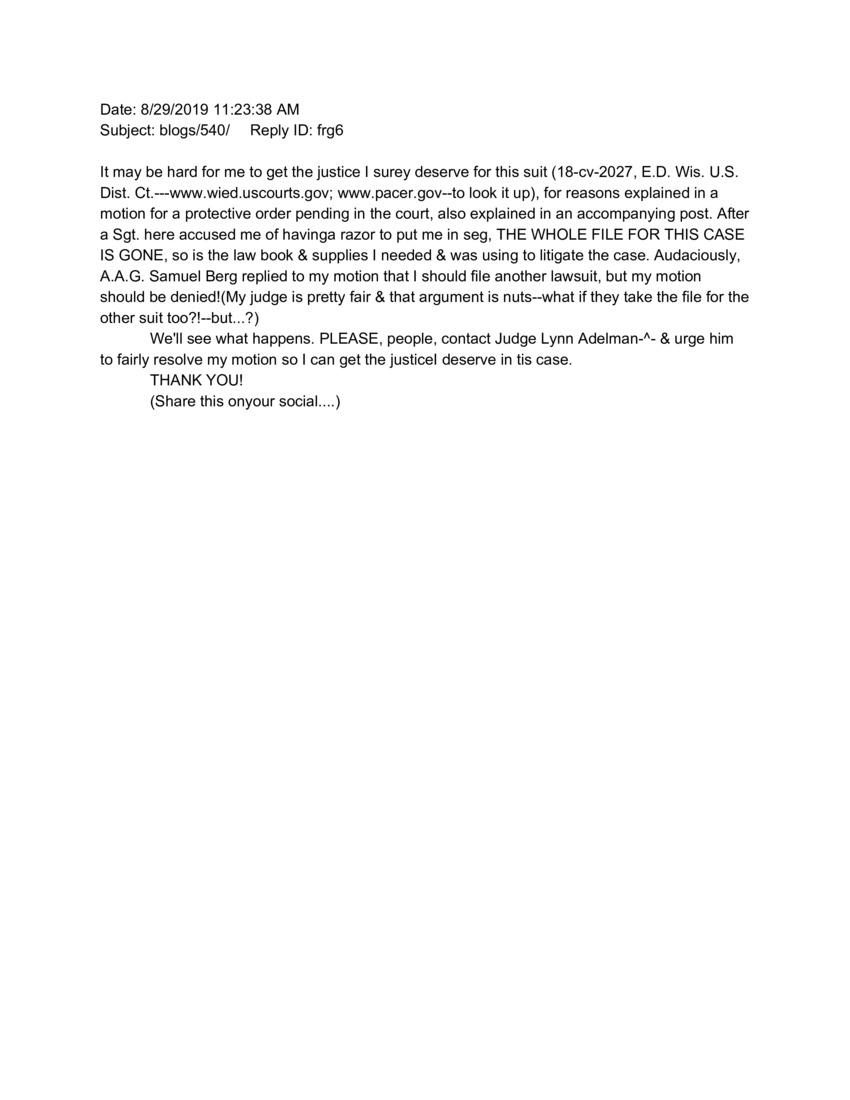