The Plans That Disrupts The True Purpose. Where Is The End To The Foolishness 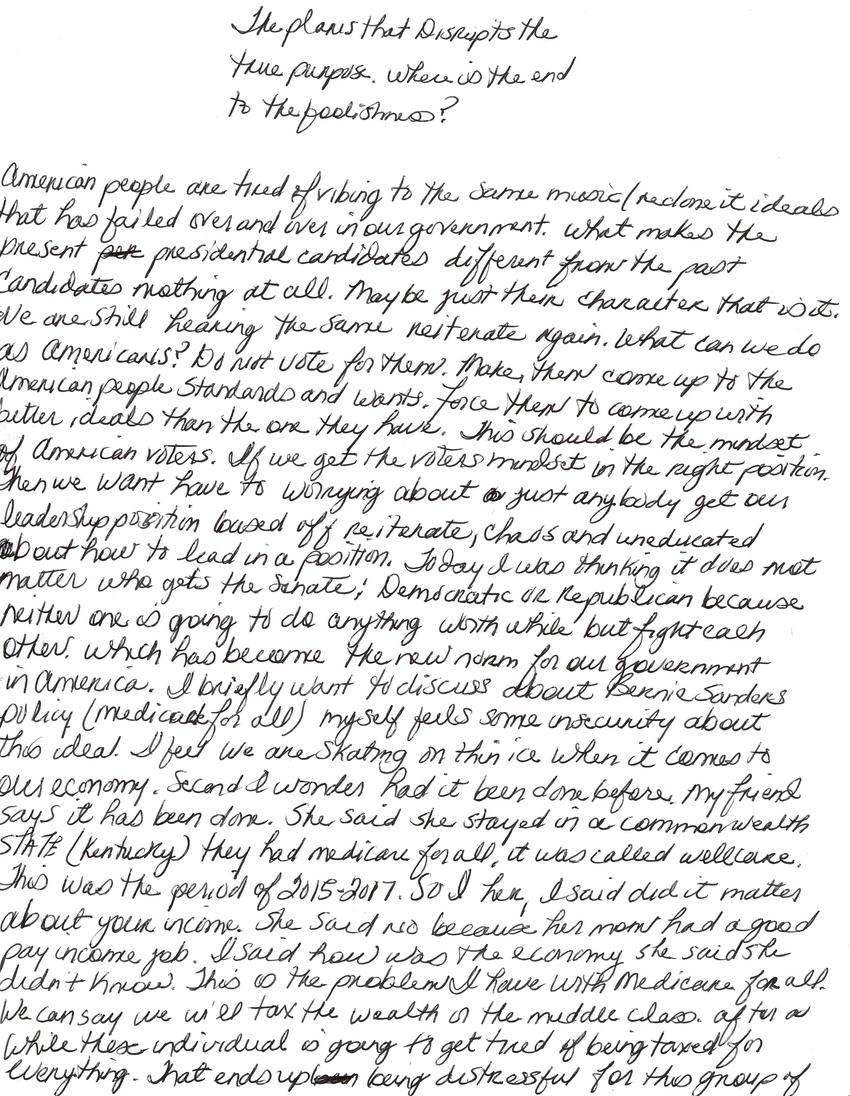 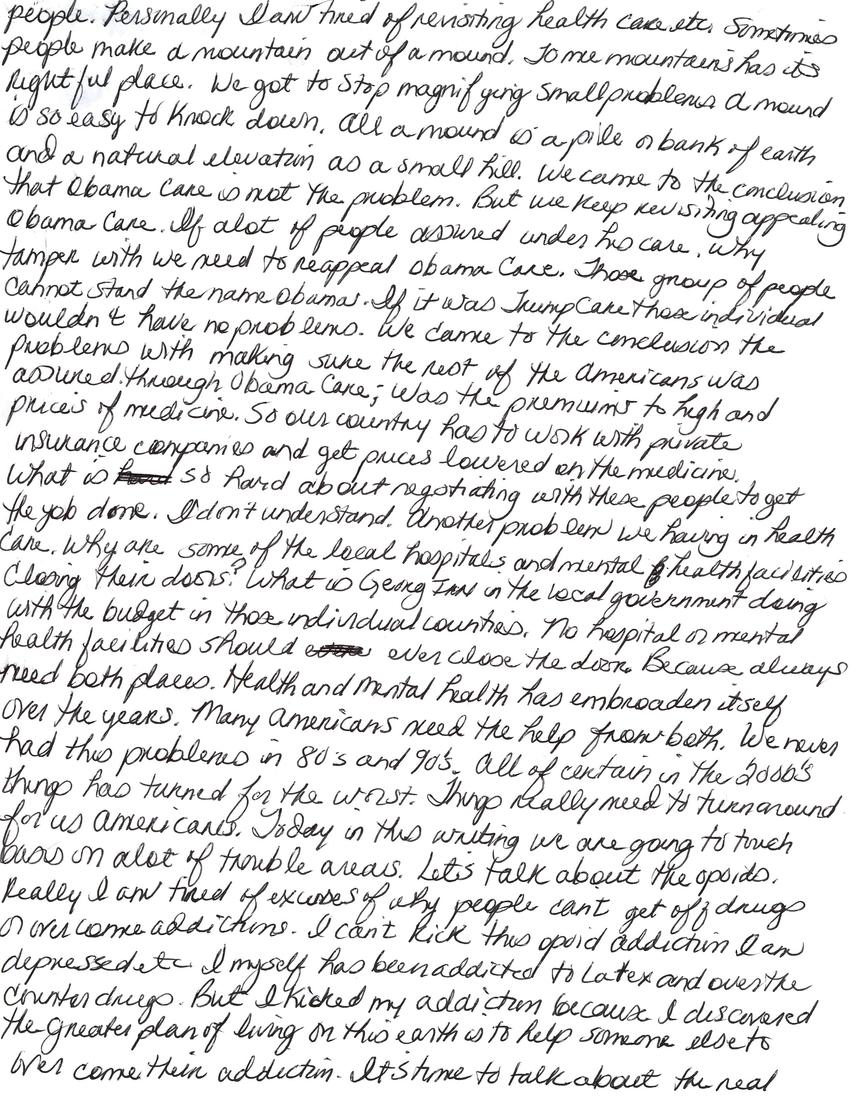 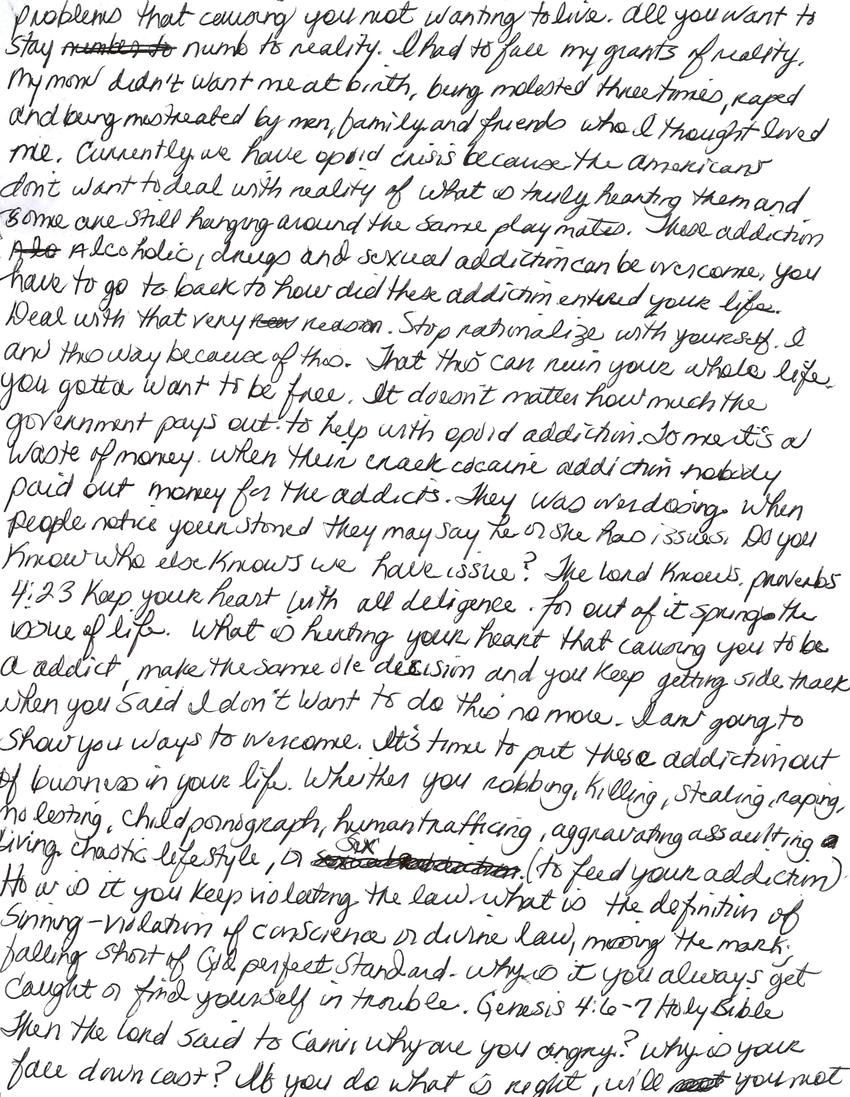 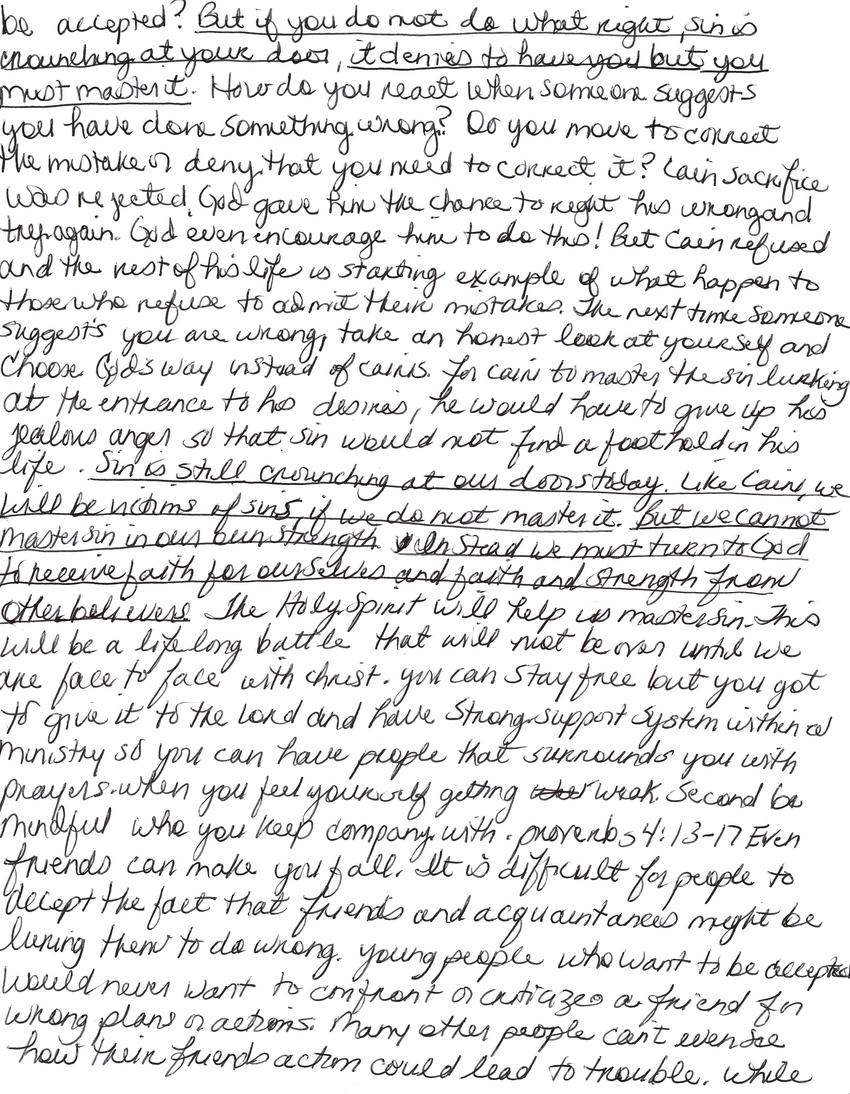 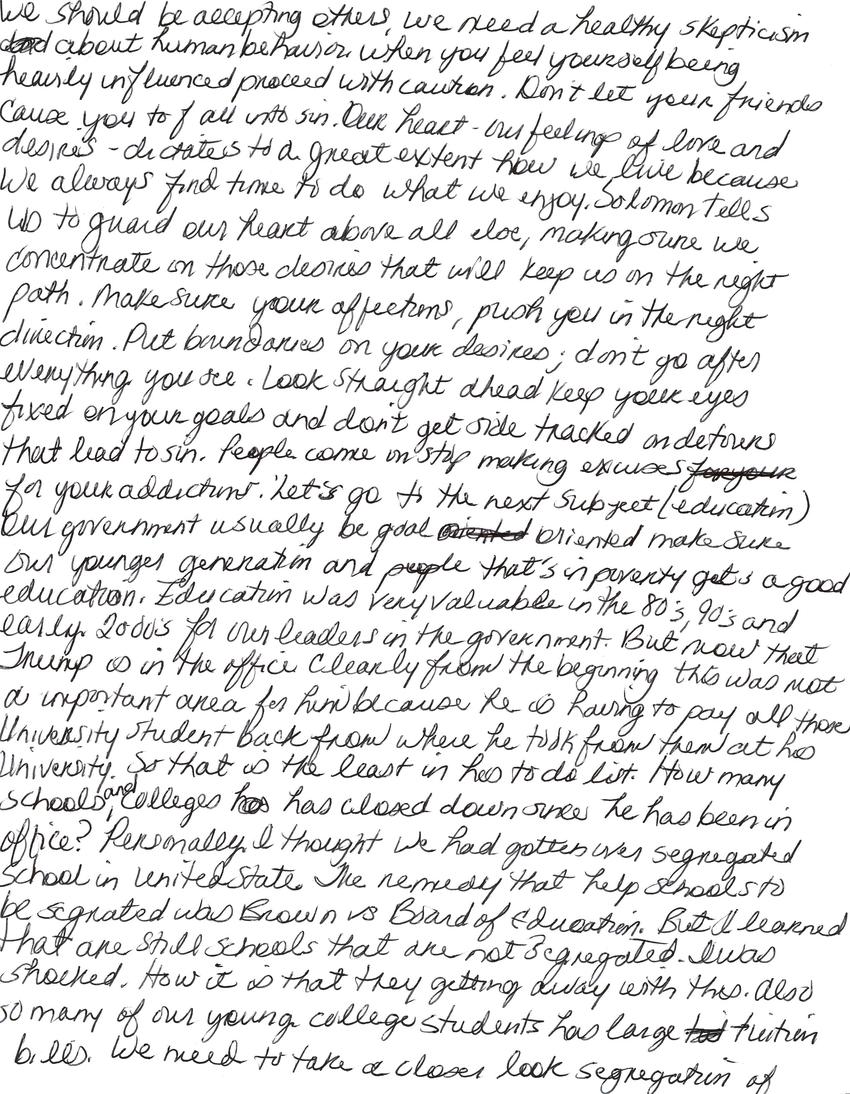 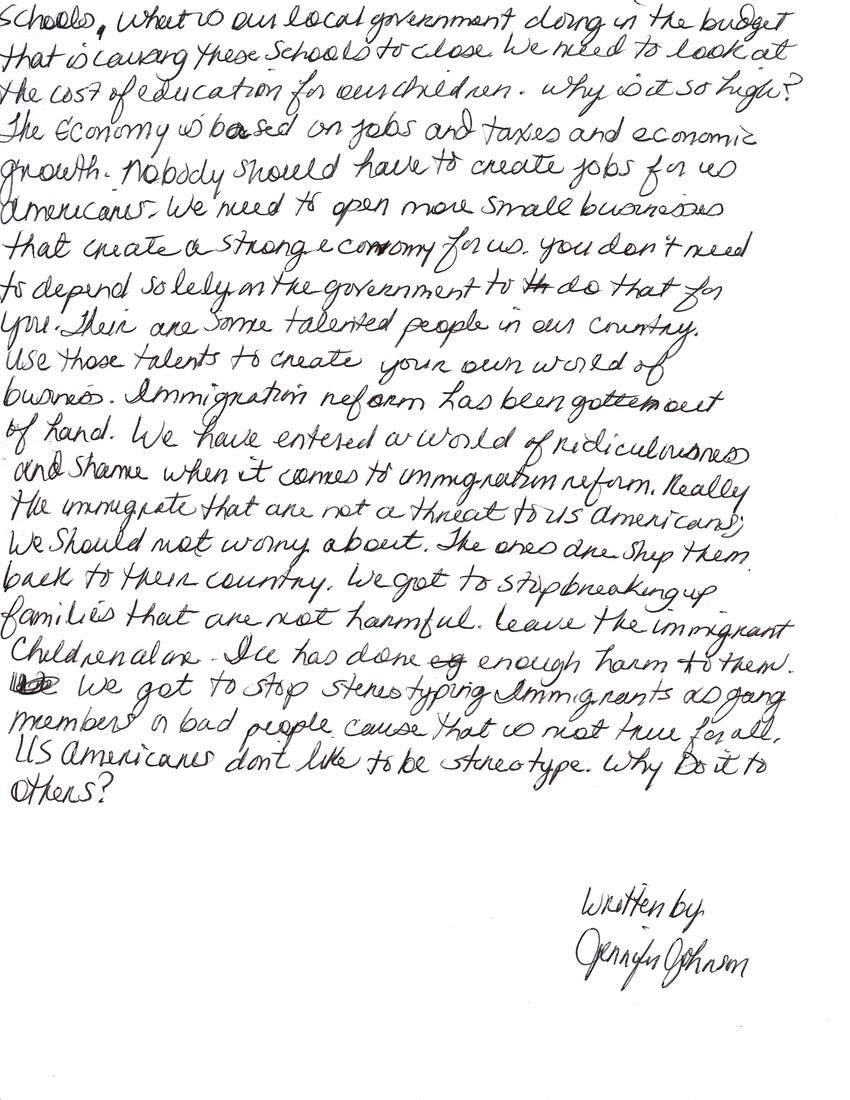 The Plans That Disrupts The True Purpose
Where is The End to the Foolishness?

American people are tired of vibing to the same music/redundant ideals that has failed over and over in our government.

What can we do as Americans? Do not vote for them. Make them come up to the American people's standards and wants. Force them to come up with better ideals than the one they have. This should be the mindset of American voters. If we get the voters' mindset in the right position. Then we want have to worry about just anybody getting our leadership position based on reiterate, chaos, and uneducated about how to lead in a position.

Today I was thinking—it does not matter who gets the Senate. Democratic or Republic. Because neither one is going to do anything worthwhile but fight each other, which has become the new norm for our government in America.

I briefly want to discuss Bernie Sanders's policy (Medicare For All). To me, it feels some insecurity about this ideal. I feel we are skating on thin ice when it comes to our economy. Second, I wonder if it has been done before. My friend says it has been done. She said she stayed in a Commonwealth state (Kentucky). They had Medicare For All. It was called WellCare. This was period of 2015-2017.

I asked her, "Did it matter about your income?" She said no because her mom had a good pay income job. I said, "How was the economy?" She said she didn't know.

This is the problem I have with Medicare For All. We can say we will tax the wealth on the middle class. After a while, these individuals are going to get tired of being taxed for everything. That ends up being distressful for this group of people.

Personally, I am tired of revisiting health care, etc. Sometimes people makes a mountain out of a mound. To me, mountains have their rightful place. We got to stop magnifying small problems. A mound is so easy to knock down. All a mound is, is a pile or bank of earth and a natural elevation as a small hill.

Welcome to the conclusion: Obama Care is not the problem.

But we keep revisiting the appealing of Obama Care. If a lot of people are insured under his care, why temper with it? Why say that we need to repeal Obama Care? Those group of people cannot stand the name Obama. If it was Trump Care, those individuals wouldn't have no problems.

We came to the conclusion, the problems with making sure the rest of Americans were insured through Obama Care. Was the premiums too high? Were the prices of medicines too high?

So, our country has to work with private insurance companies and get prices lowered on their medicine. What is so hard about negotiating with these people to get the job done? I don't understand.

Another problem we are having in health care: why are some of the local hospitals and mental health facilities closing their doors? What is Georgians in the local government doing with the budge in those individual counties?

No hospital or mental health facilities should close their doors. Because, always, help is needed in both places. Health and mental health has broadened over the years. Many Americans need help from both. We never had this problem in the '80s and '90s. All of a sudden, in the 2000's, things have turned for the worst. Things really need to turn around for us Americans.

Today, as of this writing, we are going to touch base on a lot of trouble areas. Let's talk about the opioids.

Really, I am tired of excuses of why people can't get off drugs or overcome addictions. I can't kick this opioid addication. I am depressed. etc. I have been addicted to Latex and over-the-counter drugs. But I kicked my addiction because I discovered the greater plan of living on this earth: to help someone else to overcome this addiction.

It's time to talk about the problems that's causing you not wanting to live. All you want to do is stay numb to reality. I had to face my giants of reality. My mom didn't want me at birth—being molested three times, raped, and mistreated by men, family, and friends who I thought loved me.

Currently, we have this opioid crisis because Americans don't want to deal with the reality of what is truly hurting them. Some are still hanging around the same playmates. Those addicted to alcohol, drugs, and sex can be overcome. You have to go back to how these addictions entered your life. Deal with that very reason. Stop rationalizing with yourself. "I am this way because of this." That "this" can ruin your whole life.

You gotta want to be free. It doesn't matter how much the government pays out to help with the opioid addiction. To me, it's a waste of money. When there was crack cocaine addictions, nobody paid out money for the addicts then. They were overdosing. When people notice you're stoned, they may say he/she has issues.

Do you know who else has issues? The Lord knows. Proverbs 4:23: Keep your heart with all diligence. For out of it springs the issue of life.

What is hurting your heart that's causing you to be an addict? Make some ole decision, and you keep getting side tracked when you said you didn't want to do this no more.

I am going to show you ways to overcome it. It's time to put those addictions out of business in your life. Whether you're robbing, killing, stealing, raping, molesting, child pornography, human trafficking, aggravating assaulting, living a chaotic lifestyle, or using sex to feed your addiction—how is it you keep violating the law?

What is the definition of sinning? Violation of conscience or divine law, missing the mark, falling short of gold perfect standard.

Why is it you always get caught or find yourself in trouble? Genesis 4:6-7: Then the Lord said to Cane, why are you angry? Why is your face downcast?

If you do what is right, will you not be accepted? But if you do not do what's right, sin is crouching at your door. It denies to have you, but you must master it.

How do you react when someone suggests you have done something wrong? Do you move to correct the mistake or deny that you need to correct it? Cain's sacrifice was rejected. God gave him the chance to right his wrong and try again. God even encouraged him to do this! But Cain refused, and the rest of his life is a starring example of what happens to those who refuse to admit their mistakes.

The next time someone suggests you are wrong, take an honest look at yourself and choose God's way instead of Cain's. For Cain to master the sin lurking at the entrance of his desires, he would have to give up his anger so that sin would not find a foothold in his life.

Sin is still crouching at our doors today. Like Cain, we will be victims of sins if we do not master it. But we cannot master sin with our own strength. Instead, we must turn to God to receive faith for our lives and faith, and strength from other believers. The Holy Spirit will help us master sin.

This will be a lifelong battle that will not be over until we are face-to-face with Christ. You can stay free, but you got to give it to the Lord and have a strong support system within a ministry so you can have people surround you with prayers when you feel yourself getting weak.

Second, be mindful of who you keep company with. Proverbs 4:13-17: Even friends can make you fall. It is difficult for people to accept the fact that friends and acquaintances might be luring them to do wrong. Young people who want to be accepted would never want to confront or criticize a friend for wrong plans or actions. Many other people can't even see how their friends' actions could lead to trouble.

While we should be accepting others, we need a healthy skepticism about human behavior. when you feel yourself being heavily influence, proceed with caution. Don't let your friends cause you to fall into sin. Our heart—our feelings of love and desires—dictates to a great extent how we live because we always find time to do what we enjoy.

Solomon tells us to guard our heart above all else, making sure we concentrate on those desires that will keep us on the right path. Make sure your affections push you in the right direction. Put boundaries on your desires. Don't go after everything you see. Look straight ahead, keep your eyes fixed on your goals, and don't get side-tracked on detours that lead to sin.

People, come on, stop making excuses for your addictions.

Let's go to the next subject: education.

Our government usually be goal oriented to make sure our younger generation and people that are in poverty get a good education. Education was very valuable in the '80s, '90s, and early 2000's for our leaders in the government.

But now that Trump is in office—clear by the beginning—this was not an important area for him. Because he is having to pay all those university students back from where he took from them at his university. So, that is the least in his to-do list. How many schools and colleges have closed down since he has been in office?

Personally, I thought we had gotten over segregated schools in the United States. The remedy that helps schools to be segregated was Brown vs. Board of Education. But I learned that there are still schools that are not segregated. I was shocked. How is it that they are getting away with this?

Also, so many of our young college students have large tuition bills. We need to take a closer look at segregation of schools. What is our local government doing in the budget that is causing these schools to close? We need to look at the cost of education for our children. Why is it so high?

The economy is based on jobs and taxes, and economic growth. Nobody should have to create jobs for us Americans. We need to open more small businesses that create a strong economy for us. You don't need to depend solely on the government to do that for you. There are some talented people in our country. Use those talents to create your own world of business.

Immigration reform has gotten out of hand. We have entered a world of ridiculousness and shame when it comes to immigration reform. Really, the immigrants are not a threat to us Americans. We should not worry about the ones that are being shipped back to their county. We got to stop breaking up families that are not harmful. Leave the immigrant children alone. It has done enough harm to them.

We got to stop stereotyping immigrants as gang members or bad people 'cause that is not true for all. Us Americans don't like to be stereotyped. Why do it to others?