You Thought About Me, But Not Really, You Were Done With Me 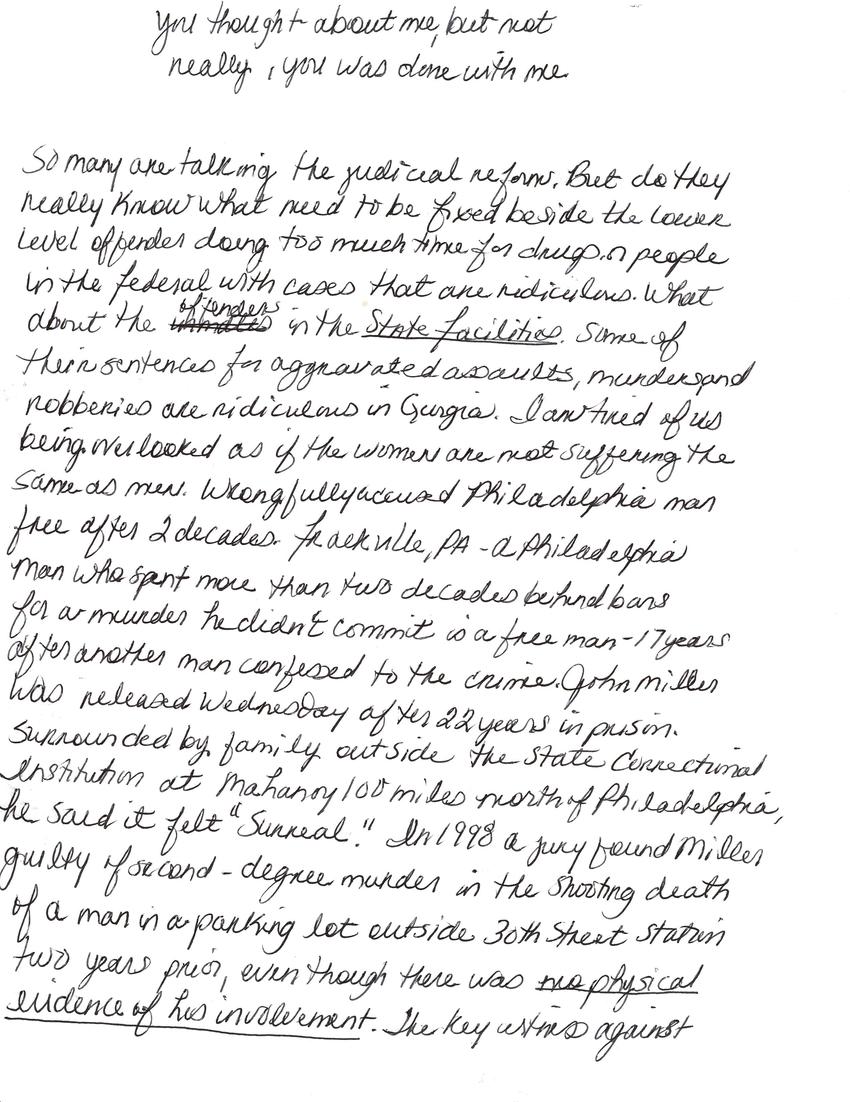 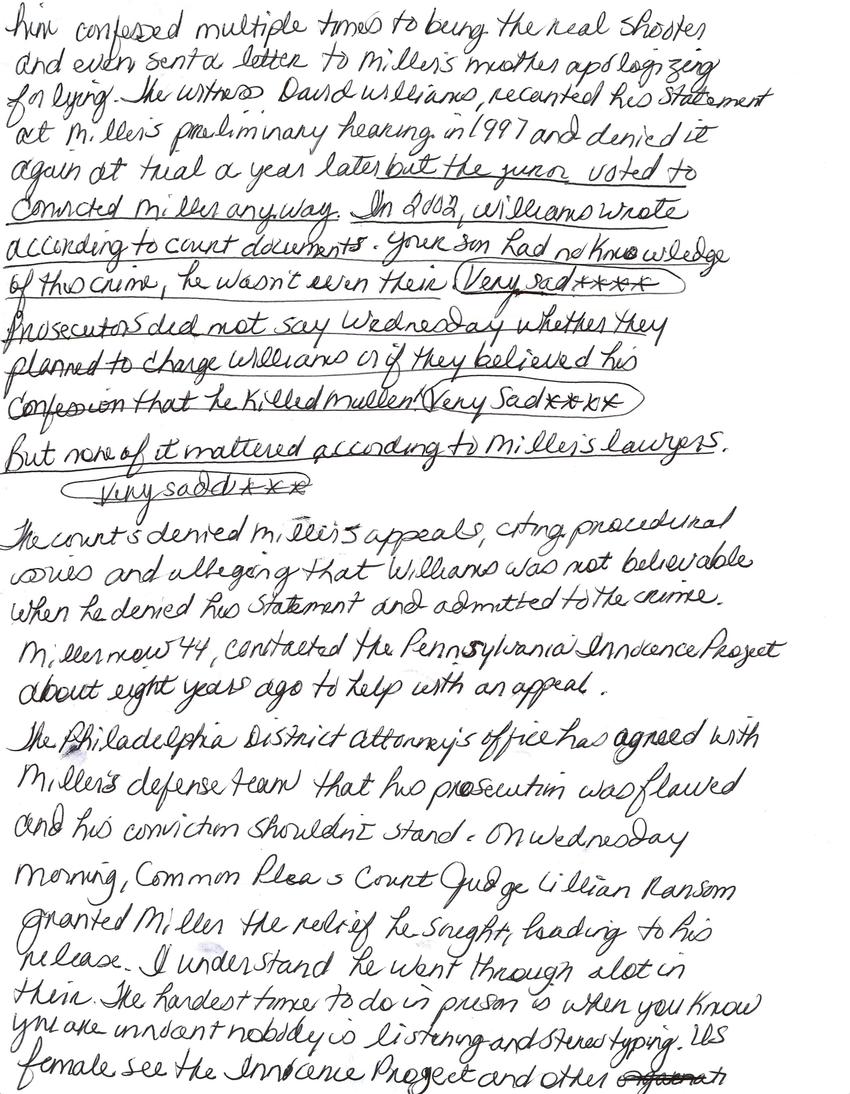 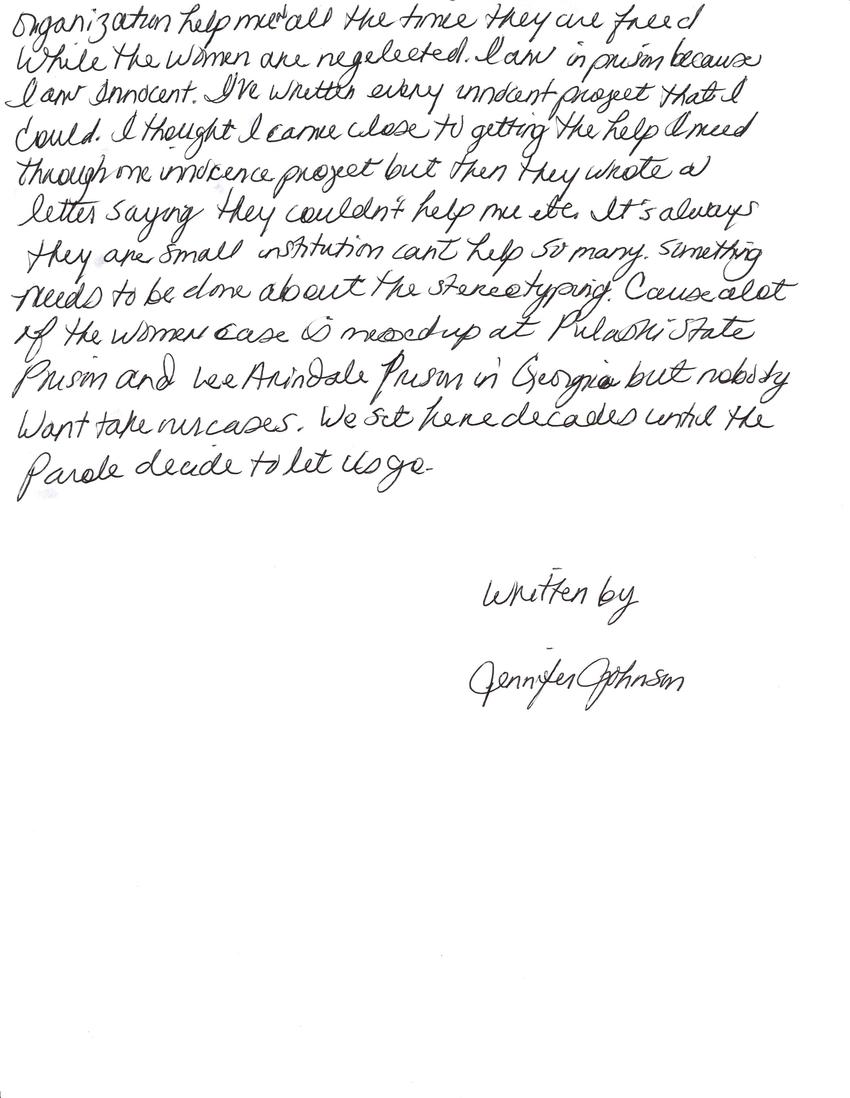 You Thought About Me, But Not Really
You Was Done With Me

So many are talking the judicial reforms. But do they really know what needs to be fixed besides the lower level offenders doing too much time for drugs or people in the federal with cases that are ridiculous? What about the offenders in the state facilities? Some of their sentences for aggravated assaults, murders, and robberies are ridiculous in Georgia.

I am tired of us being overlooked as if the women are not suffering the same as men.

John Miller was released Wednesday after 22 years in prison. Surrounded by family outside the state correctional institution at Mahonoy 100 miles north of Philadelphia. He said it felt "surreal."

In 1998, a jury found Miller guilty of second-degree murder in the shooting death of a man in a parking lot outside 30th Street Station two years prior, even though there was no physical evidence of his involvement. The key witness against him confessed multiple times to being the real shooter and even sent a letter to Miller's mother apologizing for lying. The witness, David Williams, recanted his statement at Miller's preliminary hearing in 1997 and denied it again at trial a year later. But the jurors voted to convict Miller anyway.

In 2012, according to court documents, Williams wrote, "Your son had no knowledge of this crime. He wasn't even there."
Very sad***

Prosecutors did not say Wednesday whether they planned to change Williams or if they believed his confession that he killed Miller.
Very sad***

But none of it mattered, according to Miller's lawyers.
Very sad***

The courts denied Miller's appeals, citing procedural issues and alleging that Williams was not believable when he denied his statement and admitted to the crime.

Miler, now 44, contacted the Pennsylvania Innocent Project about eight years ago to help with an appeal. The Philadelphia District Attorney's office has agreed with Miller's defense team that his prosecution was flawed and his conviction shouldn't stand.

I understand he went through a lot in there. The hardest time to do in prison is when you know you are innocent and nobody is listening and stereotyping.

US women see the Innocence Project and other organizations help men all the time. They are freed while the women are neglected.

I am in prison because I am innocent. I've written every innocence project that I could. I thought I came close to getting the help I need through one innocence project, but then they wrote a letter saying they couldn't help me, etc. It's always because they are small institutions. Can't help so many.

Something needs to be done about the stereotyping. 'Cause a lot of the women's cases are messed up at Pulaski State Prison and Lee Arindale Prison in Georgia. But nobody wants to take in our cases. We sit here for decades until the Parole decides to let us go.