Guns In America And Killings Everywhere 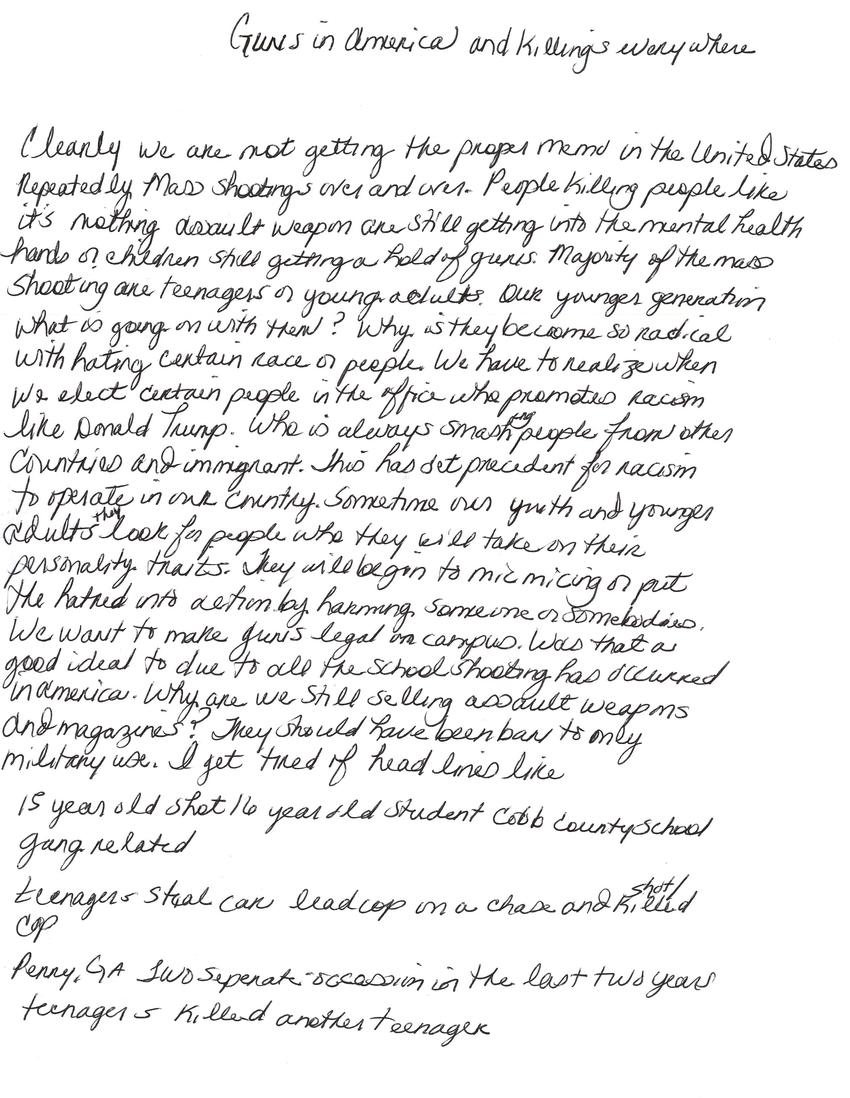 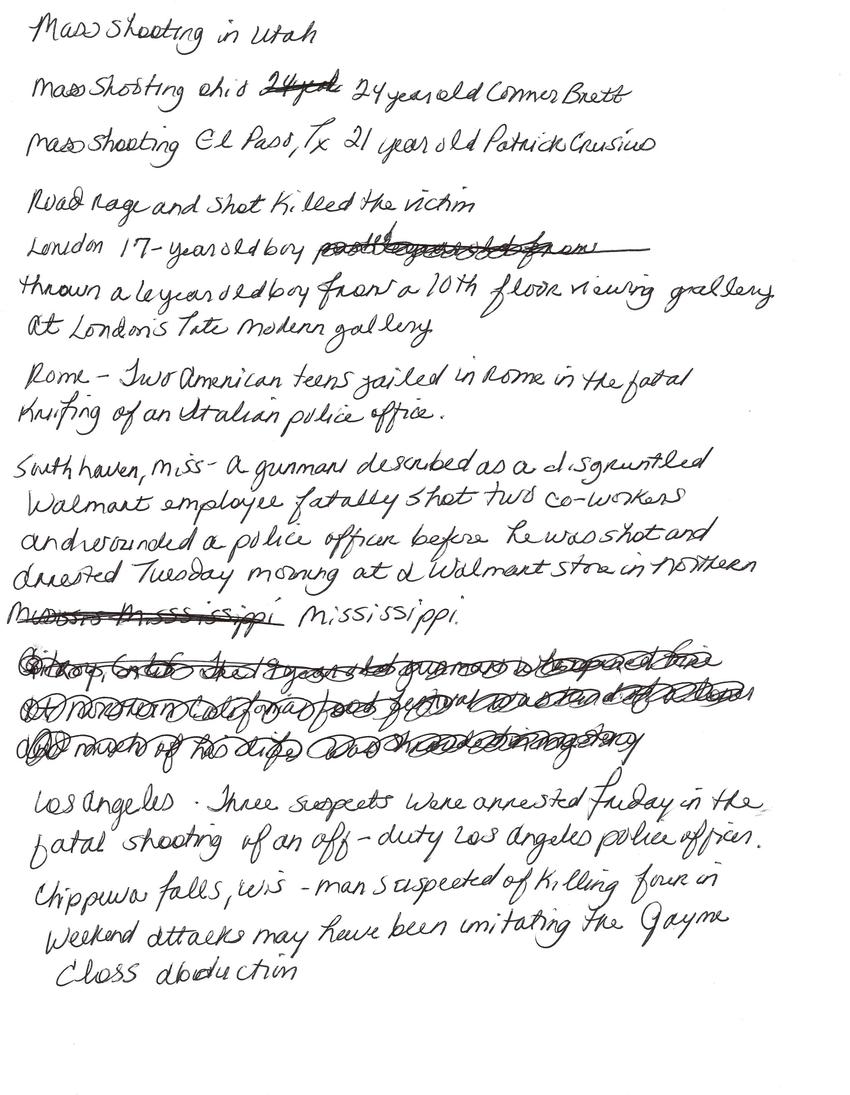 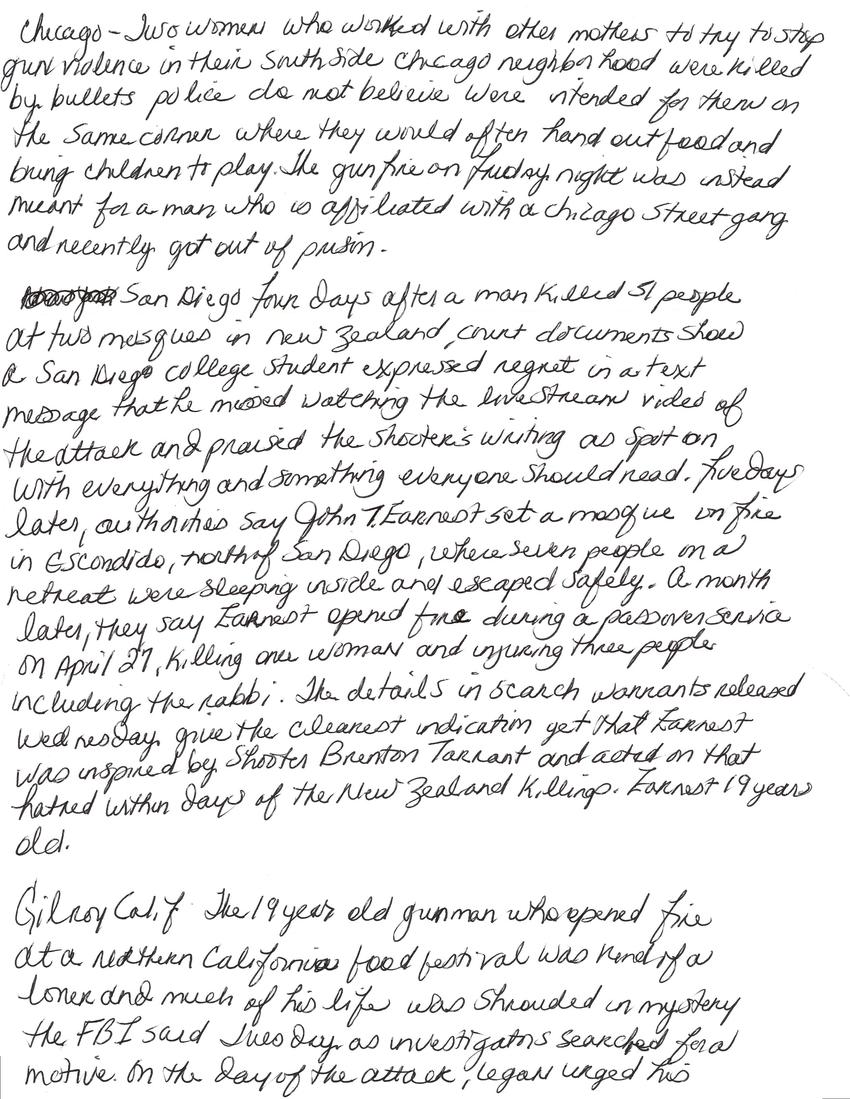 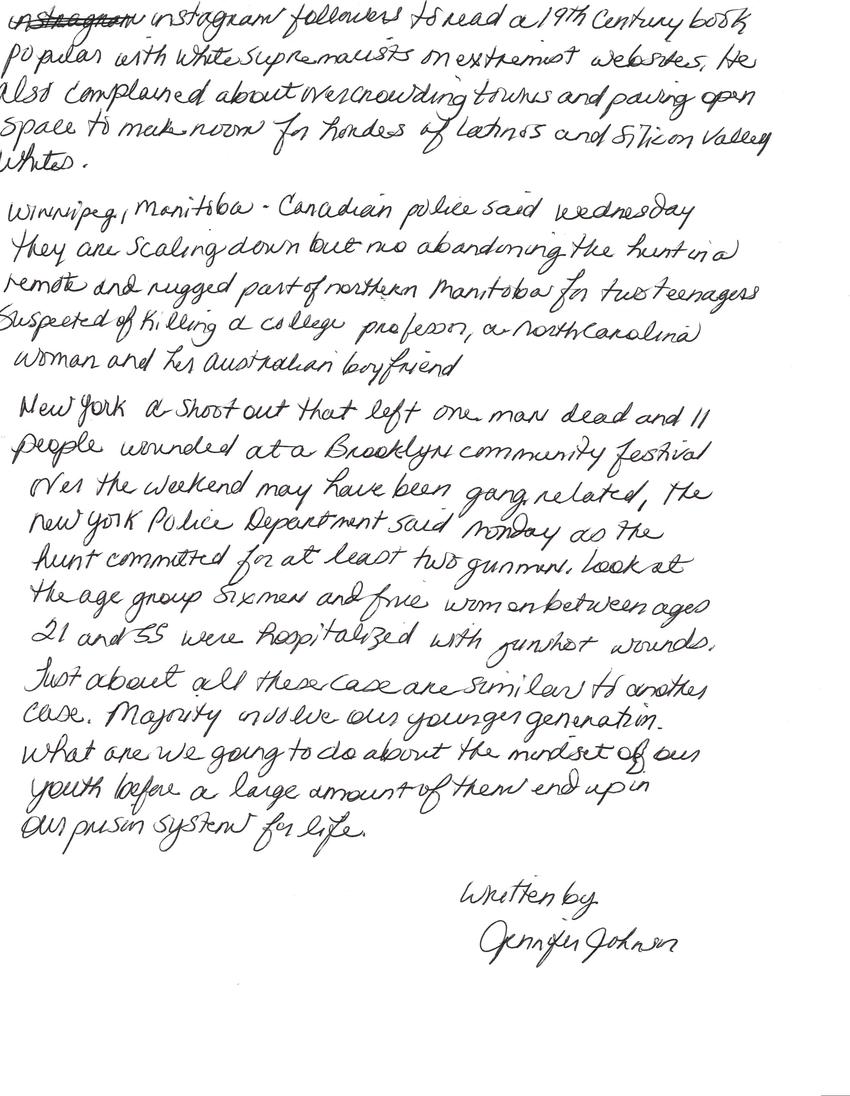 Guns in America and Killings Everywhere

Clearly, we are not getting the proper mend in the United States. Repeatedly, mass shootings over and over. People killing people like it's nothing. Assault weapons are still getting into the hands of the mentally ill or children. Majority of mass shootings are teenagers or young adults. Our younger generation.

What is going on with them? Why are they still so radical with hating a certain race or people?

We have to realize that when we elect certain people into office who promote racism—like Donald Trump. Who is always smashing people from other countries and immigrants. This has set a precedent for racism to operate in our country. Sometimes, our youth and young adults—they look for people who will take on their personality traits. They will begin to mimic or put the hatred into action by harming someone or somebody.

We want to make guns legal on campus. Was that a good idea due to all the school shootings that have occurred in America? Why are we still selling assault weapons and magazines? They should have been banned to only military use.

I get tired of headlines like:
- 15-year old shot 16-year-old student Cobb County School, gang related
- Teenager steals car, leads cop on a chase and shot/killed by cop
- Perry, GA, Two separate occasions in the last two years. Teenagers killing another teenager.
- Mass shooting in Utah
- Mass shooting in Ohio, 24-year-old Conner Brett
- Mass shooting in El Paso, TX, 21-year-old Patrick Crusiou
- Road rage and shot and killed the victim
- London, 17-year-old boy thrown a 6-year-old boy from a tenth floor viewing gallery at London's Tate modern gallery
- Rome, Two American teens jailed in Rome for the fatal knifing of an Italian police officer
- South Haven, MI, A gunman described as a "disgruntled Walmart employee" fatally shot two co-workers and wounded a police officer before he was shot and arrested Tuesday morning at a Walmart store in Northern Mississippi
- Los Angeles, Three suspects were arrested Friday in the fatal shooting of an off-duty Los Angeles police officer.
- Chippuwa Falls, WI, Man suspected of killing four in weekend attacks may have imitating the Jayme Closs abduction
- Chicago, Two women who worked with other mothers to try to stop gun violence in their south side Chicago neighborhood were killed by bullets. Police do not believe were intended for them. On the same corner where they would often hand out food and bring children to play, the gunfire on Friday night was instead meant for a man who is affiliated with a Chicago street gang and recently got out of prison.
- San Diego, Four days after a man killed 51 people at two mosques in New Zealand, court documents show a San Diego college student expressed regret in a text message that he missed watching the livestream video of the attack and praised the shooter's writing as "spot on" with everything. As something "everyone should read." Five days later, authorities say John T. Earnest set a mosque on fire in Escondido, north of San Diego, where seven people on a retreat were sleeping inside and escape safely. A month later, they say Earnest opened fire during a Passover service on April 27th, killing one woman and injuring three people, including the rabbi. The details in search warrants released Wednesday give the clearest indication that Earnest was inspired by shooter Brenton Tarrant and acted on that hatred within days of the New Zealand killings. Earnest is 19 years old.
- Gilroy, CA, The 19-year-old gunman who opened fire at a Northern California food festival was kind of a loner and much of his life was shrouded in mystery, the FBI said Tuesday as investigations searched for a motive. On the day of the attack, Legan urged his Instagram followers to read a 19th century book popular with white supremacists on extremist websites. He also complained about overcrowding towns and paving open space to make room for hordes of Latinos and Silicon Valley whites.
- Winnipeg, Manitoba, Canadian police said Wednesday they are scaling down but not abandoning the hunt in a remote and rugged part of Northern Manitoba for two teenagers suspected of killing a college professor, a North Carolina woman, and her Australasian boyfriend.
- New York, A shootout that left one man dead and 11 people wounded at a Brooklyn community festival over the weekend may have been gang related, the New York Police Department said Monday as the hunt committed for at least two gunmen. Look at the age group, six men and five women between the ages 21 and 55 were hospitalized with gunshot wounds.

Just about all these cases are similar to another case. Majority involved our younger generation. What are we going to do about the mindset of our youth before a large amount of them end up in our prison system for life?