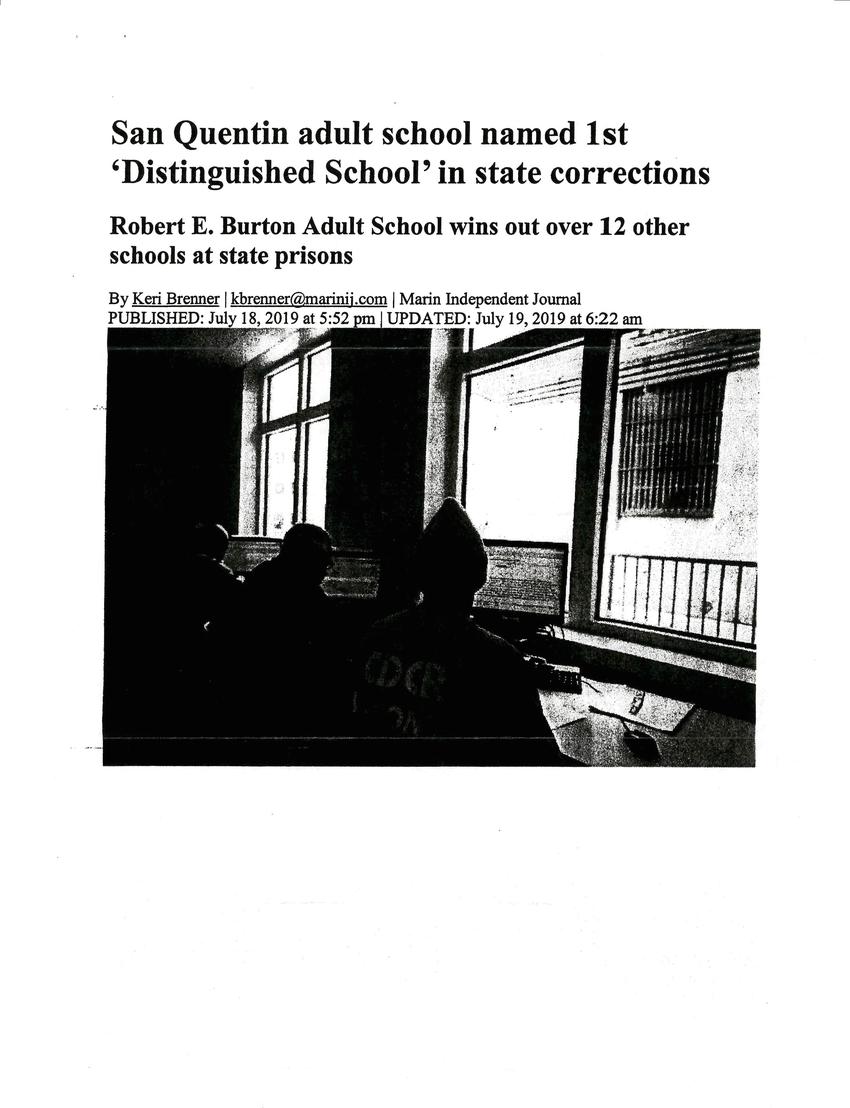 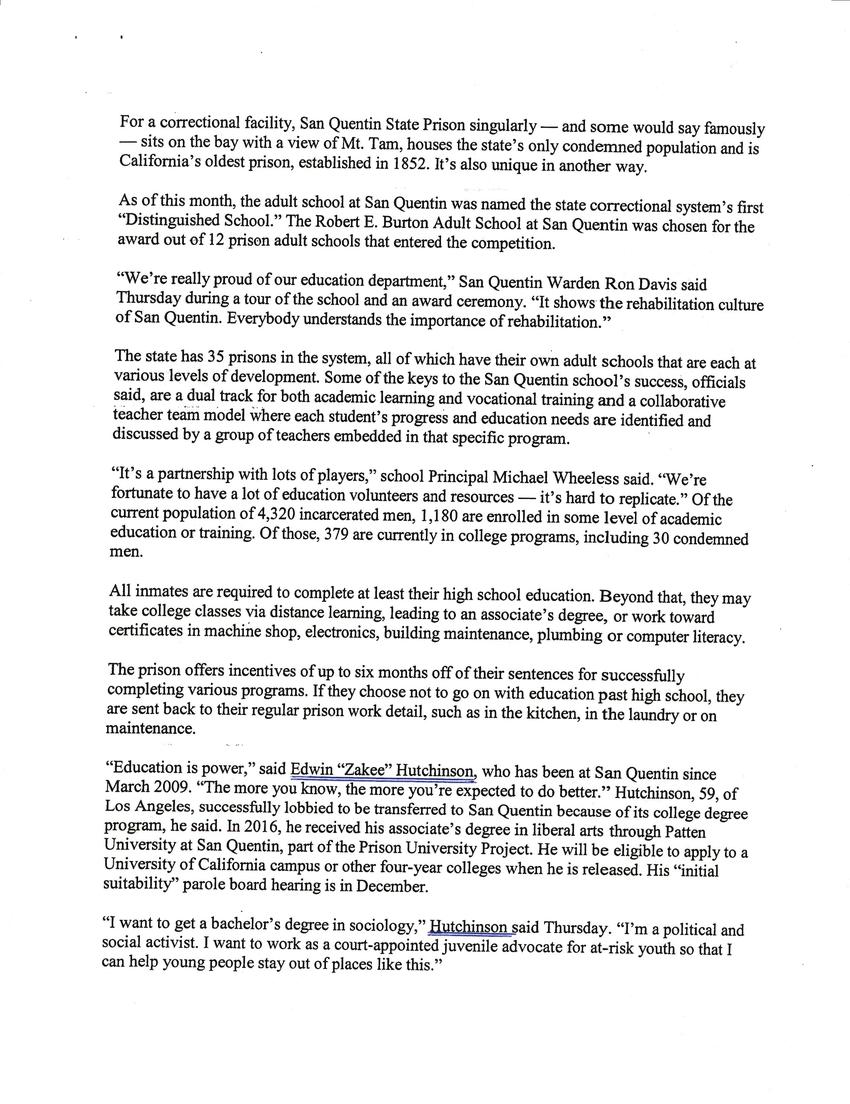 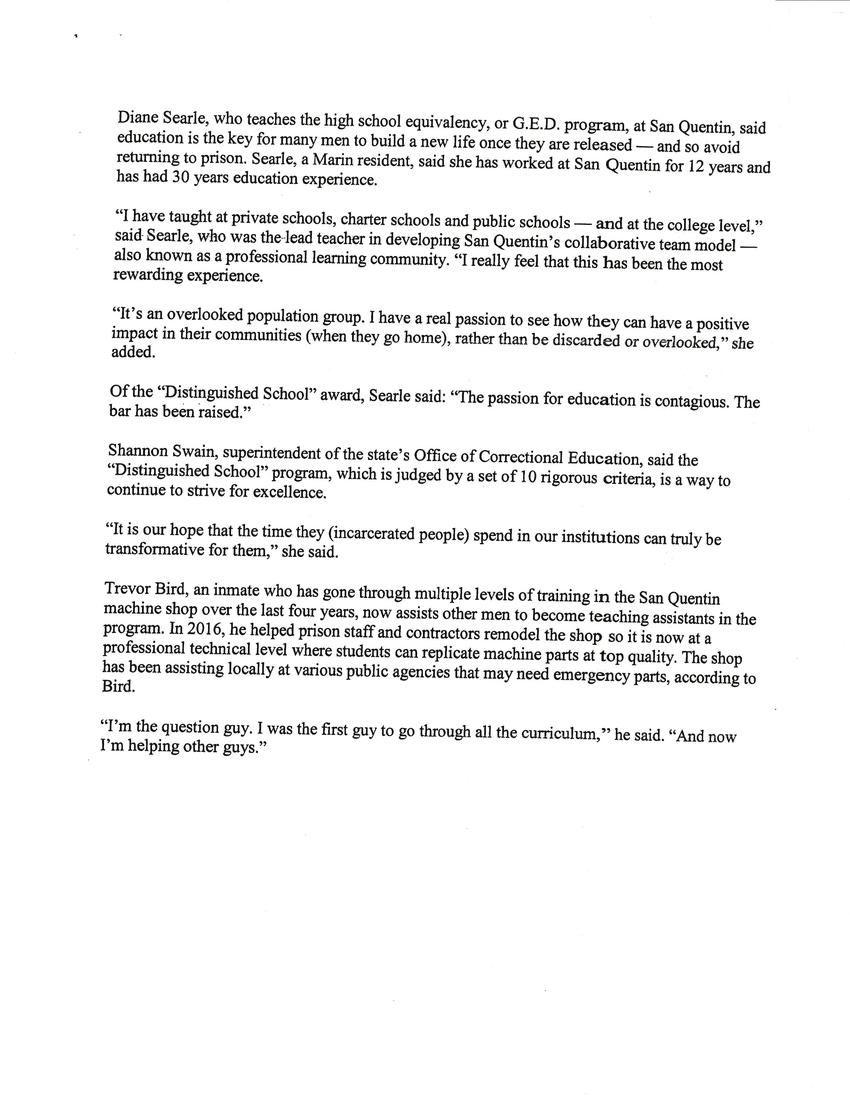 Robert E. Burton Adult School wins out over 12 other
schools at state prisons

For a correctional facility, San Quentin State Prison singluarly -- and some would say famously
-- sits on the bay with a view of Mt. Tam, houses the state's only condemned population and is
California's oldest prison, established in 1852. It's also unique in another way.

"We're really proud of our education department," San Quentin Warden Ron Davis said
Thursday during a tour of the school and an award ceremony. "It shows the rehabilitation culture
of San Quentin. Everybody understands the importance of rehabilitation."

The state has 35 prisons in the system, all of which have their own adult schools that are each at
various levels of development. Some of the keys to the San Quentin school's success, officials
said, are a dual track for both academic learning and vocational training and a collaborative
teacher team model where each student's progress and education needs are identified and
discussed by a group of teachers embedded in that specific program.

"It's a partnership with lots of players," school Principal Michael Wheeless said. "We're
fortunate to have a lot of education volunteers and resources -- it's hard to replicate." Of the
current population of 4,320 incarcerated men, 1,180 are enrolled in some level of academic
education or training. Of those, 379 are currently in college programs, including 30 condemned
men.