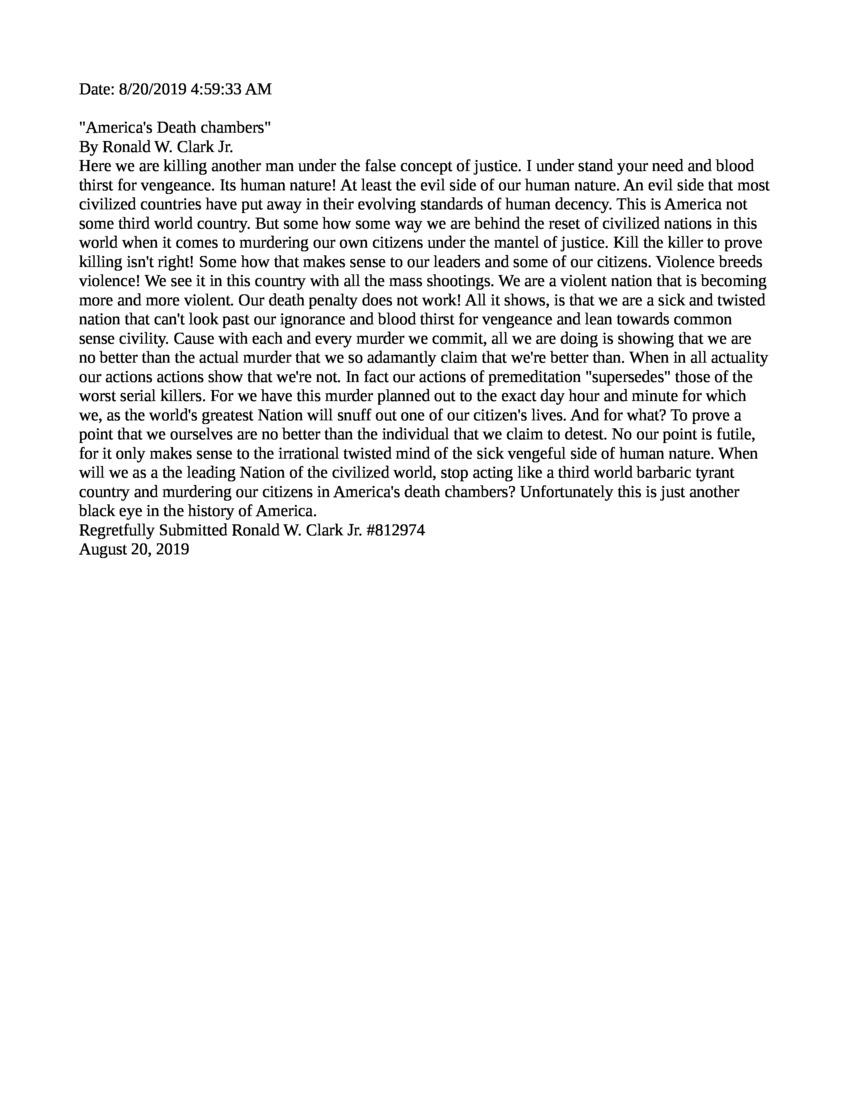 Here we are, killing another man under the false concept of justice. I understand your need and blood thirst for vengeance. It's human nature! At least the evil side of our human nature. An evil side that most civilized countries have put away in their evolving standards of human decency. This is America, not some third world country.

But somehow, someway, we are behind the rest of the civilized nations in this world when it comes to murdering our own citizens under the mantle of justice. Kill the killer to prove killing isn't right! Somehow, that makes sense to our leaders and some of our citizens. Violence breeds violence! We see it in this country with all the mass shootings. We are a violent nation that is becoming more and more violent.

Our death penalty doesn't work! All it shows is that we are a sick and twisted nation that can't look past our ignorance and blood lust for vengeance. We lean towards commonsense civility. 'Cause with each and every murder we commit, all we are doing is showing that we are no better than the actual murder that we so adamantly claim that we're better than. In all actuality, our actions show that we're not. In fact, our actions of premeditation supersedes those of the worst serial killers. We have this murder planned out to the exact day, hour, and minute for which we, as the world's greatest nation, will snuff out one of our citizen's lives.

And for what? To prove a point—that we ourselves are no better than the individual that we claim to detest.

No, our point is futile. It only makes sense to the irrational twisted mind of the sick vengeful side of human nature. When will we as a leading nation of the civilized world stop acting like a third world barbaric tyrant country and cease murdering our citizens in America's death chambers? Unfortunately, this is just another black eye in the history of America.