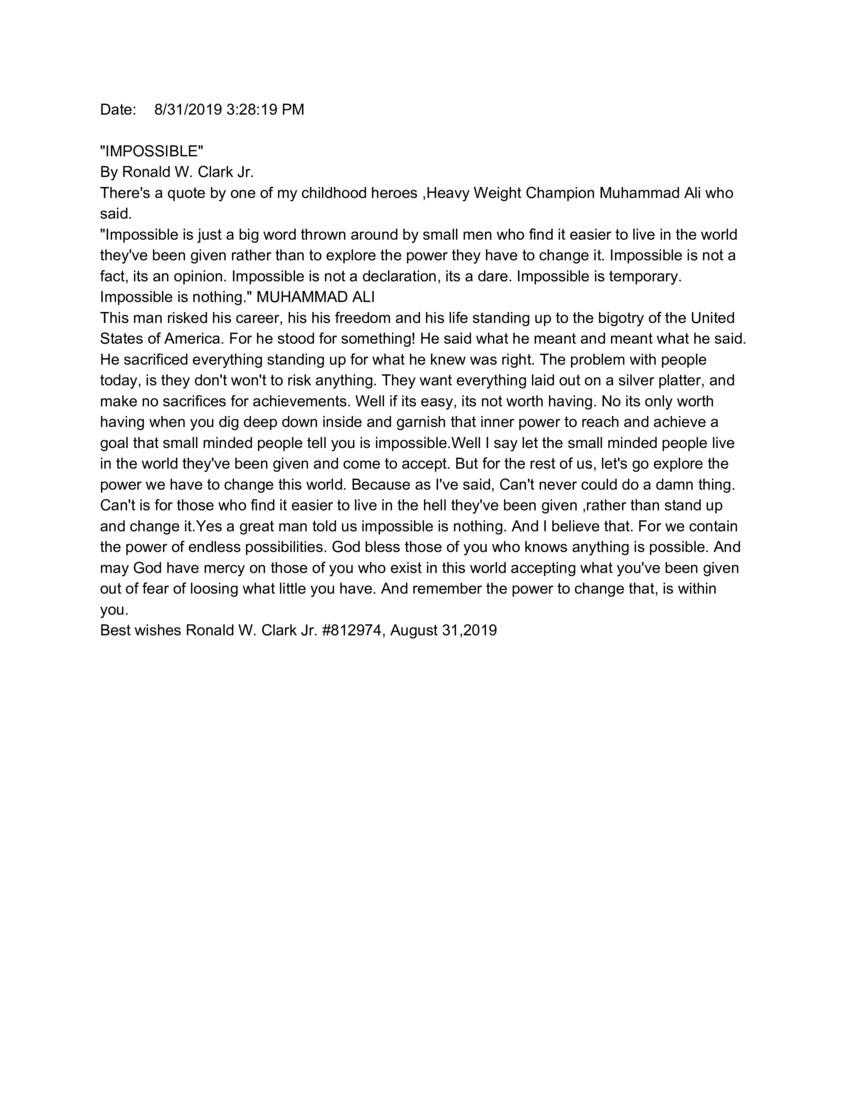 "IMPOSSIBLE"
By Ronald W. Clark Jr.
There's a quote by one of my childhood heroes, Heavyweight Champion Muhammad Ali who said:

This man risked his career, his freedom and his life standing up to the bigotry of the United States of America. For he stood for something! He said what he meant and meant what he said. He sacrificed everything standing up for what he knew was right. The problem with people today, is they don't want to risk anything. They want everything laid out on a silver platter, and make no sacrifices for achievements. Well if it's easy, it's not worth having. No it's only worth having when you dig deep down inside and garnish that inner power to reach and achieve a goal that small minded people tell you is impossible. Well I say let the small minded people live in the world they've been given and come to accept. But for the rest of us, let's go explore the power we have to change the world. Because as I've said, can't never could do a damn thing. Can't is for those who find it easier to live in the hell they've been given, rather than stand up and change it. Yes a great man told us impossible is nothing. And I believe that. For we contain the power of endless possibilities. God bless those of you who know anything is possible. And may God have mercy on those of you who exist in this world accepting what you've been given out of fear of losing what little you have. And remember the power to change that, is within you.