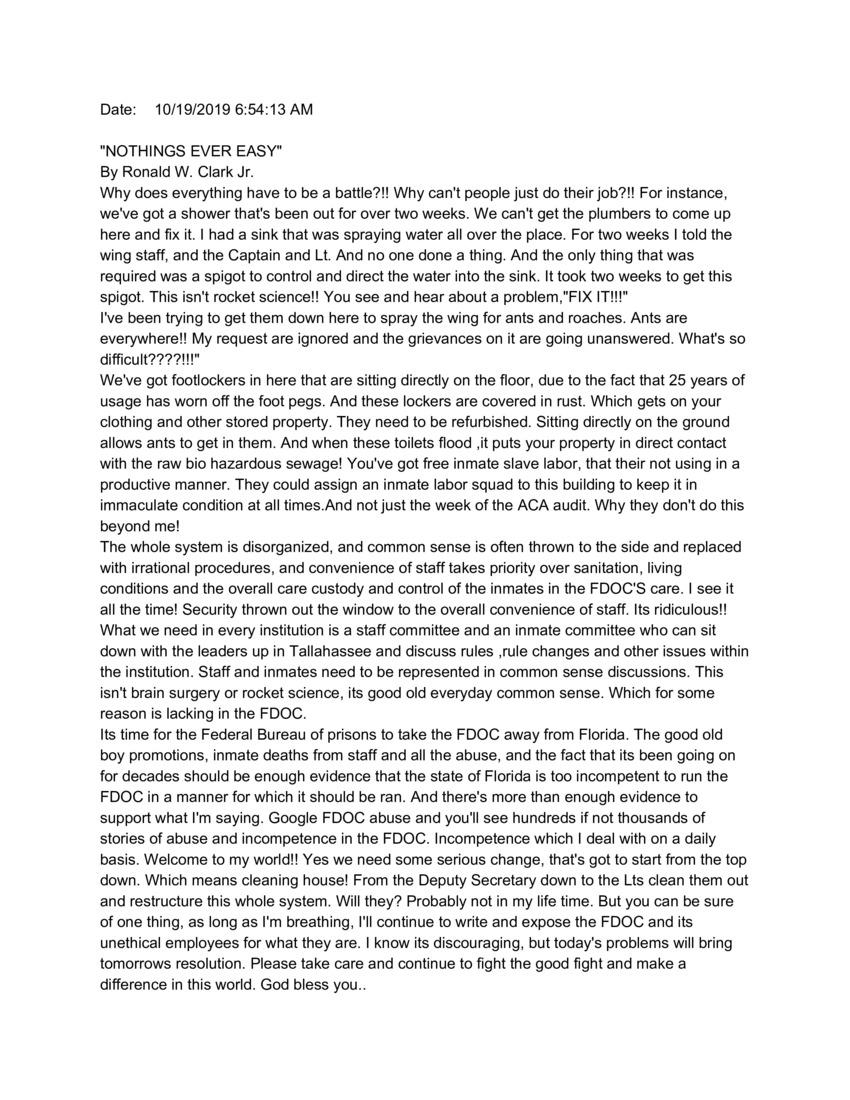 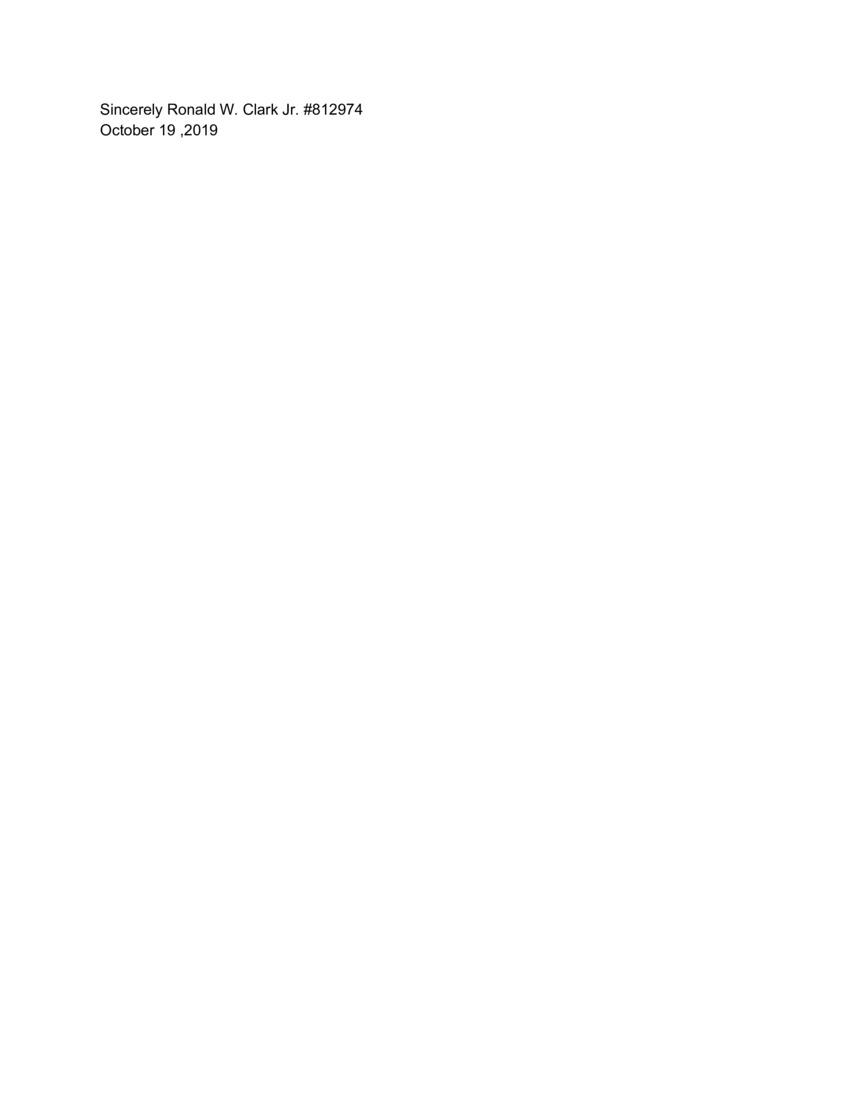 Why does everything have to be a battle!? Why can't people just do their jobs!?

For instance, we've got a shower that's been out for over two weeks. We can't get the plumbers to come up here and fix it. I had a sink that was spraying water all over the place. For two weeks, I told the wing staff and the captain and the lieutenant, and no one does a thing. And the only thing that was required was a spigot to control and direct the water into the sink. It took two weeks to get this spigot. This isn't rocket science! You see and hear a problem, FIX IT!

I've been trying to get them down here to spray the wing for ants and roaches. Ants are everywhere! My requests are ignored and the grievances on it are going unanswered. What's so difficult!?

We've got footlockers in here that are sitting directly on the floor due to the fact that 25 years of usage has worn off the foot pegs. And these lockers are covered in rust, which gets on your clothing and other stored property. They need to be refurbished. Sitting directly on the ground allows ants to get in them. And when the toilets flood, it puts your property in direct contact with the raw hazardous sewage!

You've got free inmate slave labor that they're not using in a productive manner. They could assign an inmate labor squad to this building to keep it in immaculate condition at all times. And not just the week of the ACA audit. Why they don't do this is beyond me!

The whole system is disorganized, and common sense is often thrown to the side and replaced with irrational procedures. Convenience for staff members takes priority over sanitation, living conditions, and the overall care, custody, and control of the inmates in FDOC's care. I see it all the time! Security's thrown out the window for the overall staff's convenience. It's ridiculous!

What we need in every institution is a staff committee and inmate committee who can sit down with the leaders in Tallahassee and discuss rules, rule changes, and other issues within the institution. Staff and inmates need to be represented in commonsense discussions. This isn't brain surgery or rocket science. It's good old everyday common sense, which for some reason is lacking in the FDOC.

It's time for the Federal Bureau or Prisons to take the FDOC away from Florida. The good old boy promotions, inmates' deaths form staff and abuse, and the fact that it's been going on for decades should be enough evidence that the state of Florida is too incompetent to run the FDOC in a manner in which it should be ran. There's more than enough evidence to support what I'm saying. Google FDOC abuse, and you'll see hundreds if not thousands of stories of FDOC abuse and incompetence, which I deal with on a daily basis.

Welcome to my world1

Yes, we need some serious change that's got to start from the top down. Which means cleaning house! From the Deputy Secretary down to the Lts., clean them out and restructure this whole system. Will they? Probably not in my lifetime. But you can be sure of one thing: as long as I'm breathing, I'll continue to write and expose the FDOC and its unethical employees for what they are. I know it's discouraging, but today's problems will bring tomorrow's resolution.

Please take care and continue to fight the good fight, and make a difference in this world. God bless you.