This is why we should not do drugs 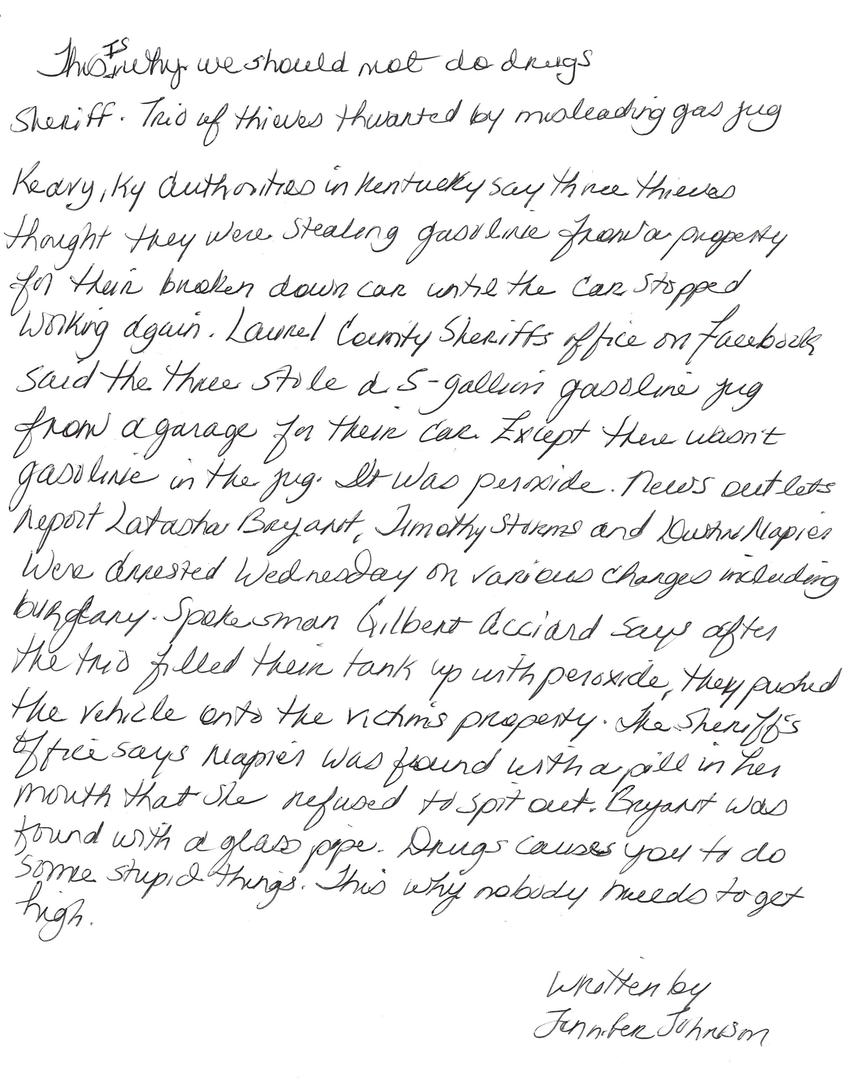 This is why we should not do drugs, Sheriff.

There are thieves thwarted by misleading gas jug Keavy, Ky authorities in Kentucky say three thieves thought they were stealing gasoline from a property for their broken down car until the car stopped working again. Laurel County Sheriffs Office on Facebook said that the three stole a five gallon gasoline jug from a garage for their car.

Except there wasn't gasoline in the jug. It was peroxide.

News outlets report Latasha Bryant, Timothy Storms, and Dustin Napier were arrested Wednesday on various charges including burglary. Spokesman Gilbert Acciard says after the trio filled their tank up with peroxide, they pushed the vehicle onto the victims' property.

The sheriff's office says Napier was found with a pill in her mouth that she refused to spit out. Bryant was found with a glass pipe. Drugs cause you to do some stupid things. This is why nobody needs to get high.