The Need for HB-531 and Prison Reform 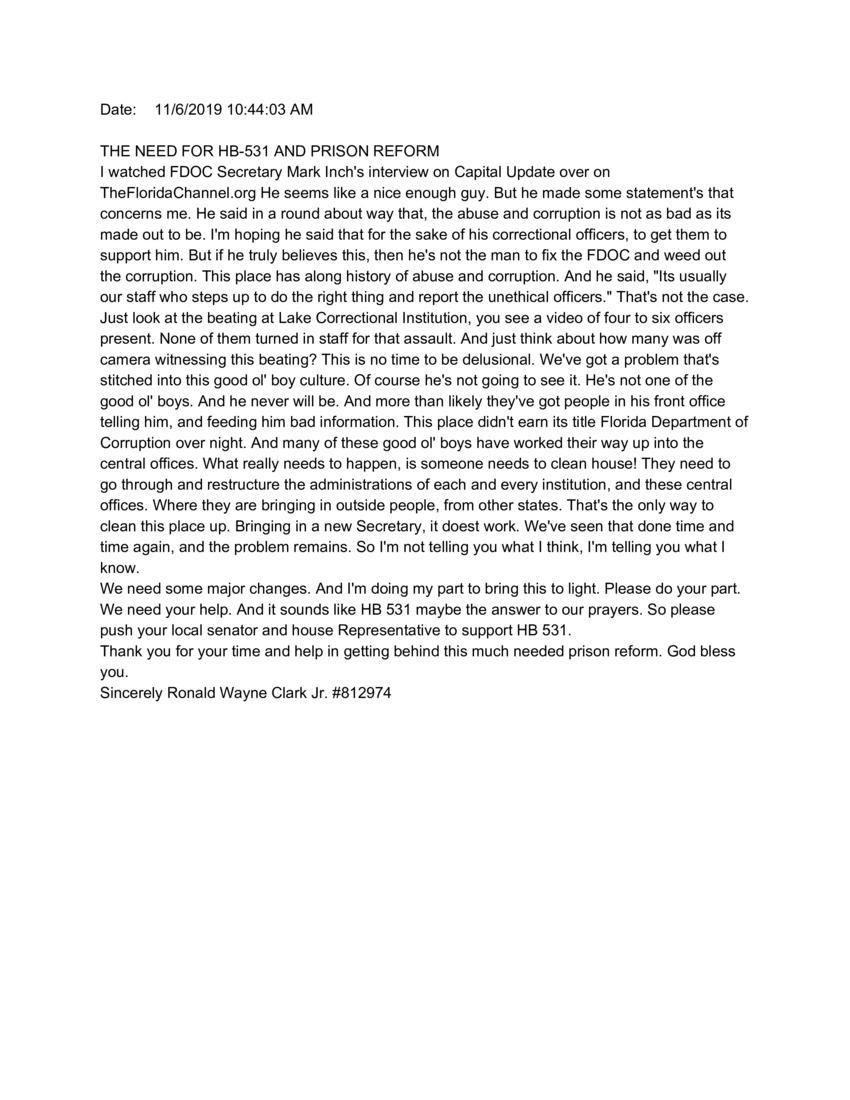 I watched FDOC Secretary Mark Inch's interview on Capital Update over on TheFloridaChannel.org. He seems like a nice enough guy. But he made some statements that concerns me.

He said in a roundabout way that the abuse and corruption is not as bad as it's made out to be. I'm hoping he said that for the sake of his correctional officers, to get them to support him. But if he truly believes this, then he's not the man to fix FDOC and weed out the corruption. This place has a long history of abuse and corruption.

And he said, "It's usually our staff who steps up to do the right thing and report the unethical officers." That's not the case. Just look at the beating at Lake Correctional Institution, and you'll see a video of four to six officers present. None of them turned in staff for that assault. And just think about how many were off camera witnessing the beating.

This is no time to be delusional. We've got a problem that's stitched into this good ol' boy culture. Of course, he's not going to see it. He's not one of the good ol' boys, and he never will be. More than likely, they've got people in his front office telling and feeding him bad information. This place didn't earn its title as Florida Department of Corruption over night. Many of these good ol' boys worked their way up into the central offices.

What really needs to happen is someone needs to clean house! They need to go through and restructure the administrations of each and every institution and these central offices by bringing in outside people from other states. That's the only way to clean this place up. Bringing in a new Secretary doesn't work. We've seen that done time and time again, and the problem remains.

We need some major changes, and I'm doing my part to bring this to light. Please do your part.

We need your help, and it sounds like HB 531 may be the answer to our prayers. So, please push your local senator and house representative to support HB 531. Thank you for your time and help in getting behind this much needed prison reform. God bless you.