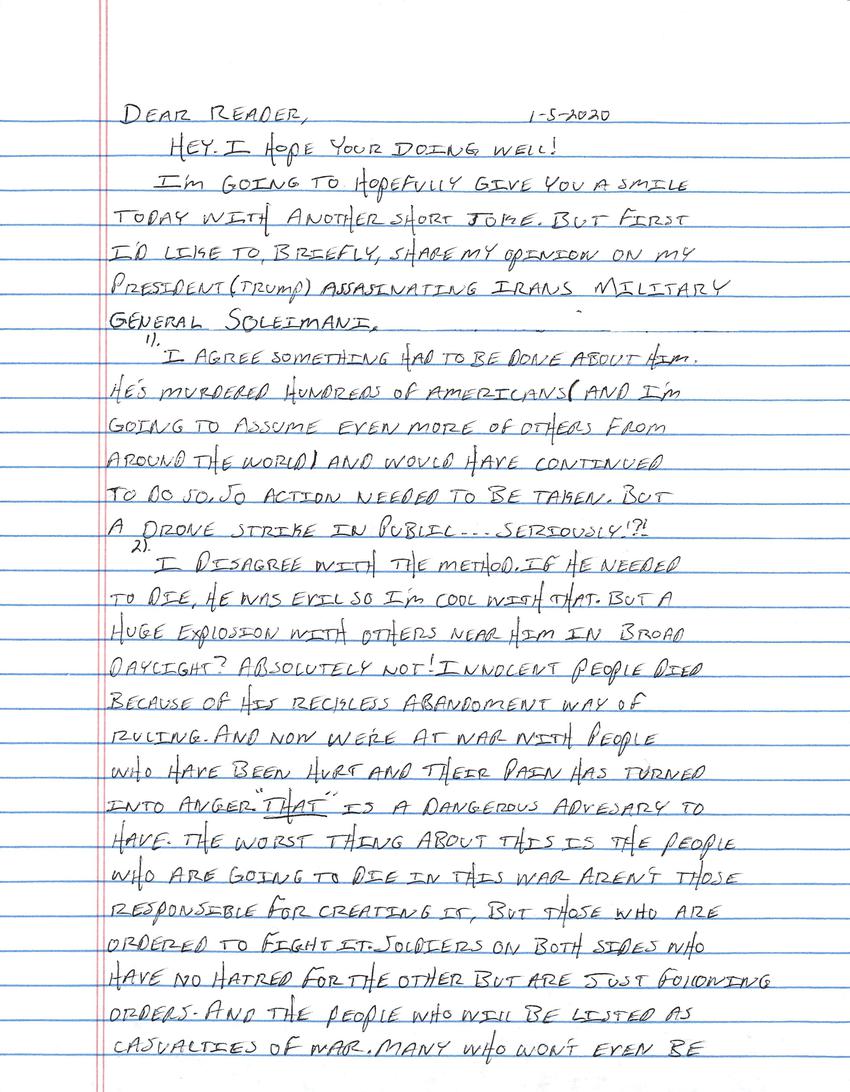 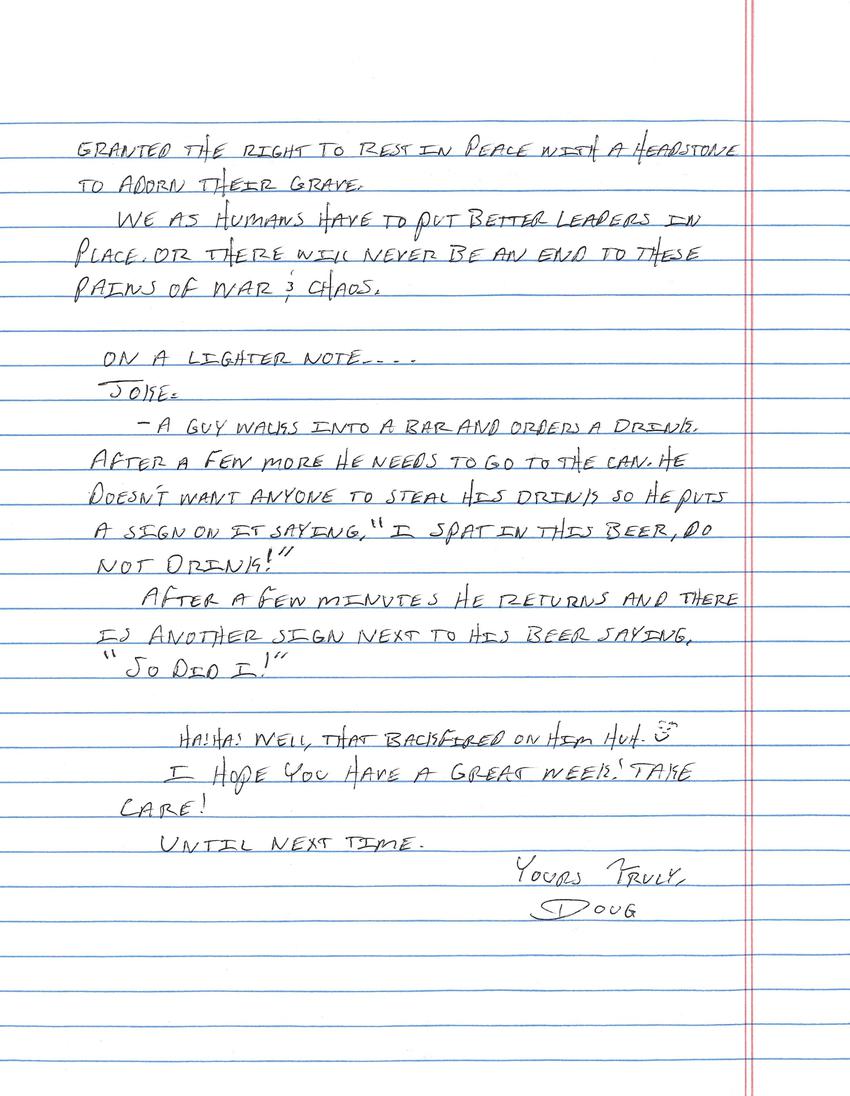 I'm going to hopefully give you a smile today with another short joke. But first, I'd like to briefly share my opinion on my president (Trump) assassinating Iran's Military General Soleimani.

1.) I agree something had to be done about him. He's murdered hundreds of Americans (and I'm going to assume even more of others from around the world) and would have continued to do so. Action needed to be taken. But a drone strike in public... seriously!?

2.) I disagree with the method. If he needed to die, he was evil, so I'm cool with that. But a huge explosion with others near him in broad daylight? Absolutely not! Innocent people died because of his reckless way of ruling. And now we're at war with people who have been hurt and their pain has turned into anger. THAT is a dangerous adversary to have.

The worst thing about this is the people who are going to die in this war aren't those responsible for creating it, but those who are, are ordered to fight it. Soldiers on both sides who have no hatred for the other but are just following orders. And the people who will be listed as casualties of war. Many who won't even be granted the right to rest in peace with a headstone to adorn their grave.

We as humans have to put better leaders in place or there will never be an end to these pains of war and chaos.

A guy walks into a bar and orders a drink. After a few more he needs to go to the can. He doesn't want anyone to steal his drink, so he puts a sign on it saying, "I spat in this beer. Do not drink!"

After A few minutes he returns and there is another sign next to his beer saying, "So did I!"

I hope you have a great week! Take care!