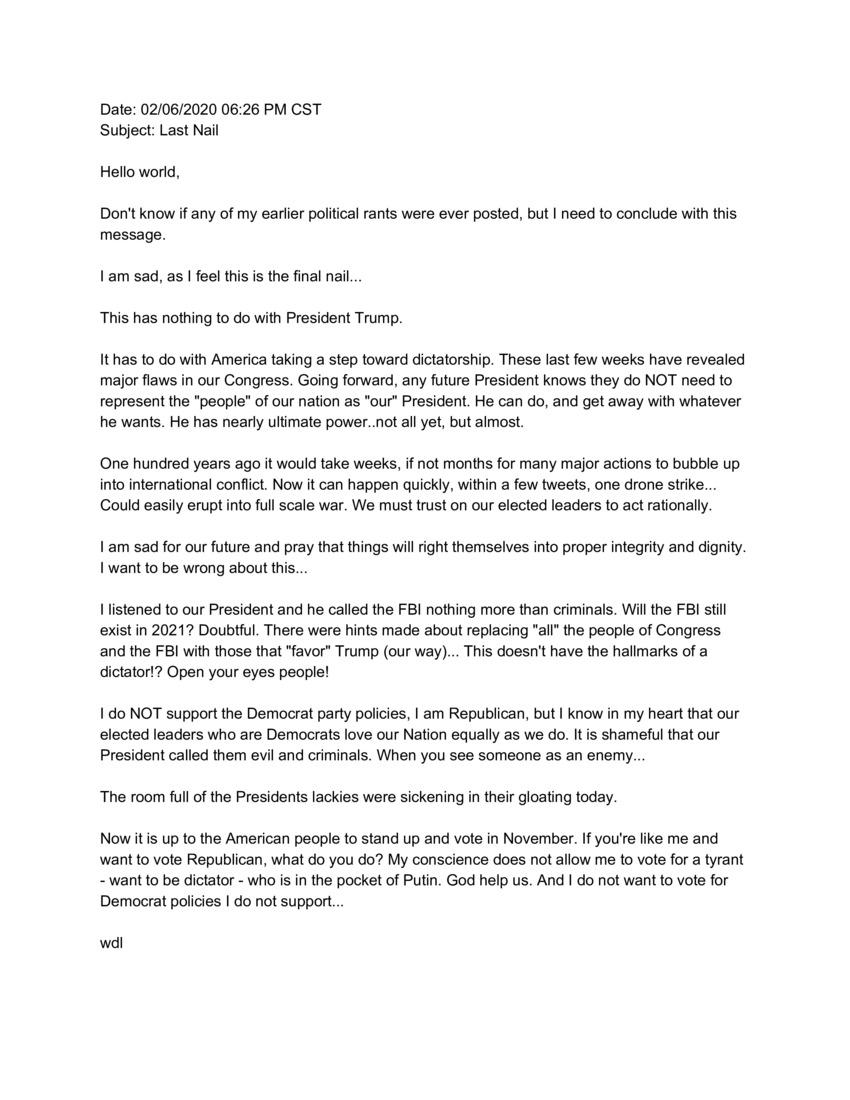 Don't know if any of my earlier political rants were ever posted, but I need to conclude with this message.

This has nothing to do with President Trump.

It has to do with America taking a step toward dictatorship. These last few weeks have revealed major flaws in our Congress. Going forward, any future President knows they do NOT need to represent the "people" of our nation as "our" President. He can do, and get away with whatever he wants. He has nearly ultimate power...not all yet, but almost.

One hundred years ago it would take weeks, if not months for many major actions to bubble up into international conflict. Now it can happen quickly, within a few tweets, one drone strike... Could easily erupt into full-scale war. We must trust on our elected leaders to act rationally.

I am sad for our future and pray that things will right themselves into proper integrity and dignity. I want to be wrong about this...

I listened to our President and he called the FBI nothing more than criminals. Will the FBI still exist in 2021? Doubtful. There were hints made about replacing "all" the people of Congress and the FBI with those that "favor" Trump (our way)... This doesn't have the hallmarks of a dictator!? Open your eyes people!

I do NOT support the Democrat party policies, I am Republican, but I know in my heart that our elected leaders who are Democrats love our National equally as we do. It is shameful that our President called them evil and criminals. When you see someone as an enemy...

The room full of the Presidents lackies were sickening in their gloating today.

Now it is up to the American people to stand up and vote in November. If you're like me and want to vote Republican, what do you do? My conscience does not allow me to vote for a tyrant - want to be Dictator - who is in the pocket of Putin. God help us. And I do not want to vote for Democrat policies I do not support...