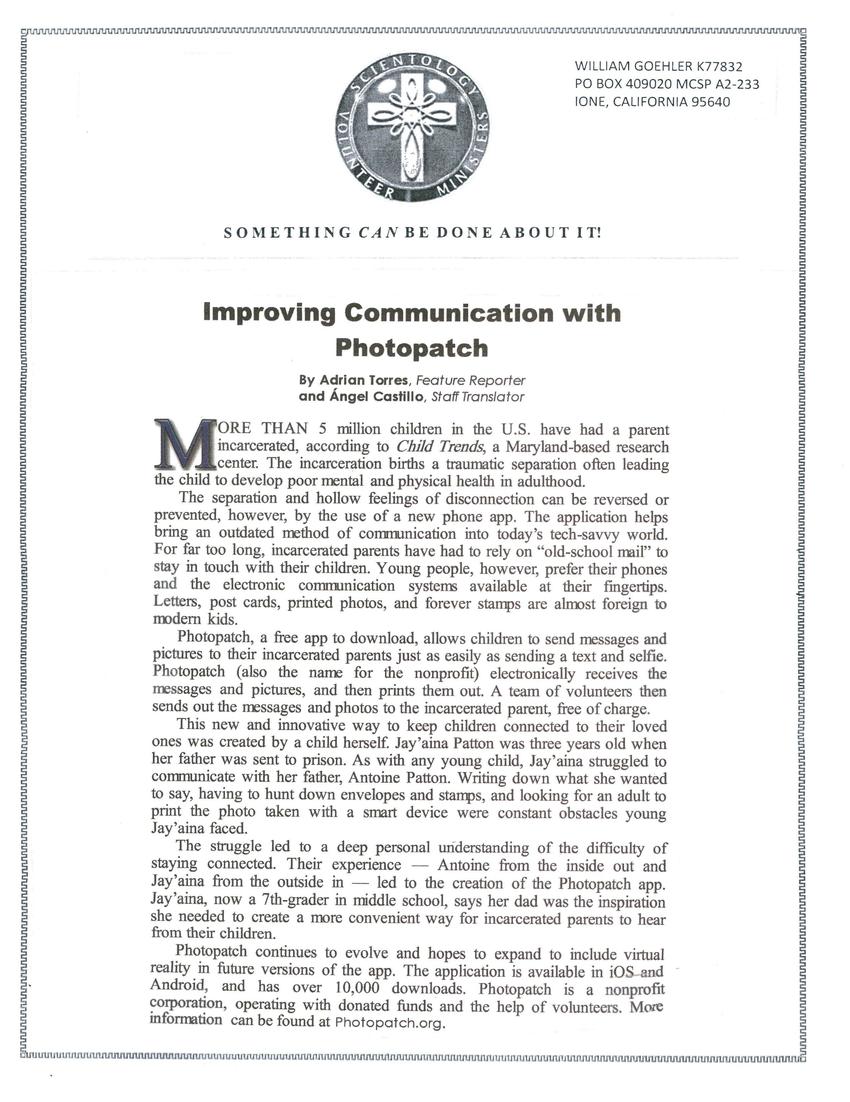 More than 5 million children in the U.S. have had a parent incarcerated, according to Child Trends, a Maryland-based research center. The incarceration births a traumatic separation often leading the child to develop poor mental and physical health in adulthood.

The separation and hollow feelings of disconnection can be reversed or prevented, however, by the use of a new phone app. The application helps bring an outdated method of communication into today's tech-savvy world. For far too long, incarcerated parents have had to rely on "old-school mail" to stay in touch with their children. Young people, however, prefer their phones and the electronic communication systems available at their fingertips. Letters, postcards, printed photos, and forever stamps are almost foreign to modern kids.

This new and innovative way to keep children connected to their loved ones was created by a child herself, Hay'aina Patton was three years old when her father was sent to prison. As with any young child, Jay'aina struggled to communicate with her father, Antoine Patton. Writing down what she wanted to say, having to hunt down envelopes and stamps, and looking for an adult to print the photo taken with a smart device were constant obstacles young Hay'aina faced.

The struggle led to a deep personal understanding of the difficulty of staying connected. Their experience- Antoine from the inside out and Jay'aina from the outside in0 led to the creation of the Photopath app. Jay'aina, now a 7th-grader in middle school, says her dad was the inspiration she needed to create a more convenient way for incarcerated parents to hear from their children.

Photopatch continues to evolve and hopes to expand to include virtual reality in future versions of the app. The application is available in iOS-and Android, and has over 10,000 downloads. Photopatch is a nonprofit corporation, operating with donated funds and the help of volunteers. More information can be found at Photopatch.org.

Thanks for writing! I finished the transcription for your post. AMAZING!!