Real Talk - The View Of A Connecticut Prisoner Vol. 4 No. 1 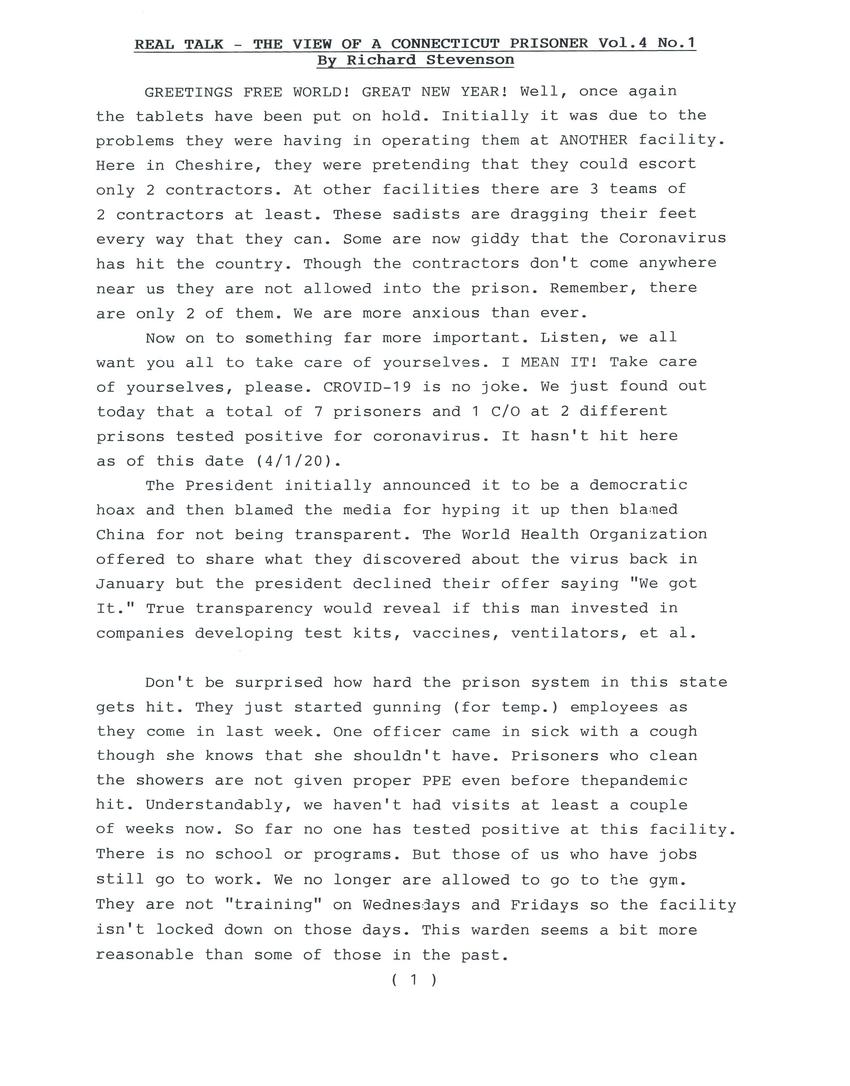 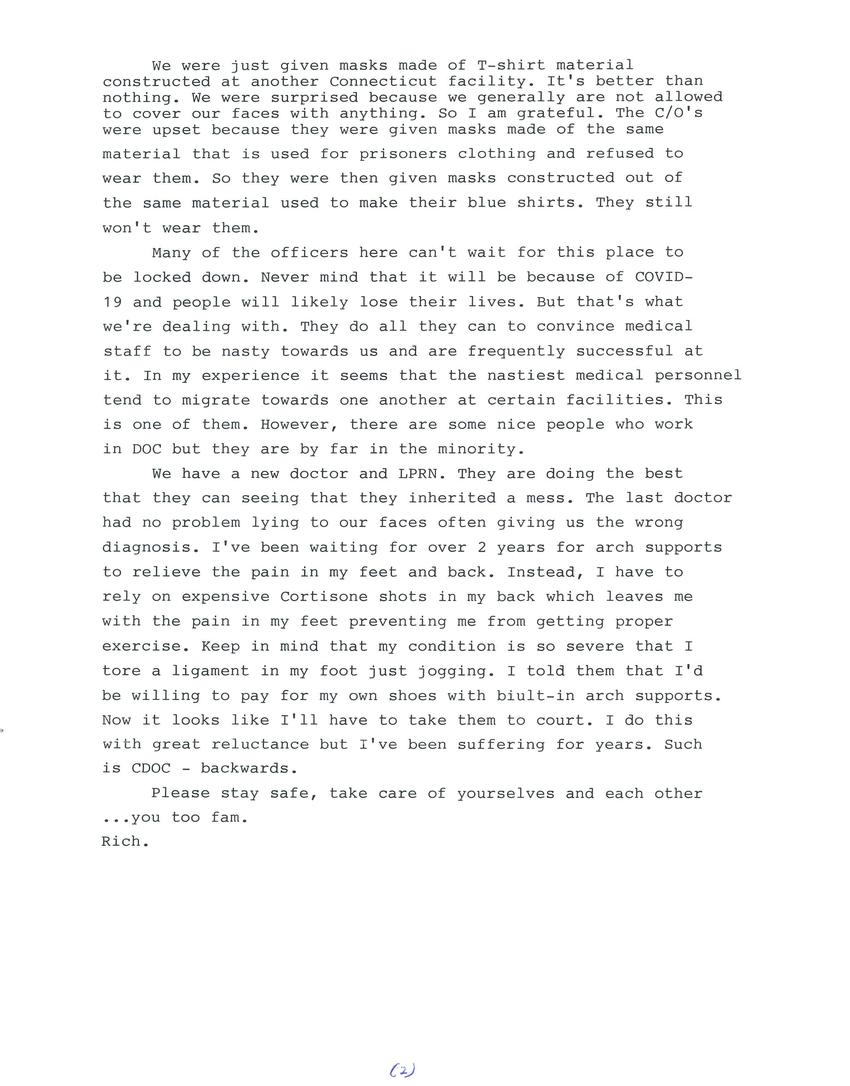 REAL TALK - THE VIEW OF A CONNECTICUT PRISONER Vol. 4 No. 1
By Richard Stevenson

Well, once again, the tablets have been put on hold. Initially it was due to the problems they were having in operating them at ANOTHER facility. Here in Cheshire, they were pretending that they could escort only two contractors. At other facilities there are three teams of two contractors at least. These sadists are dragging their feet every way they can. Some are now giddy that the Coronavirus has hit the country. Though the contractors don't come anywhere near us, they are not allowed into the prison. Remember, there are only two of them. We are more anxious than ever.

We just found out today that a total of seven prisoners and one C/O at two different prisons tested positive for Coronavirus. It hasn't hit here as of this date (4/1/20).

The President initially announced it to be a Democratic hoax and then blamed the media for hyping it up then blamed China for not being transparent. The World Health Organization offered to share what they discovered about the virus back in January, but the President declined their offer saying, "We got it." True transparency would reveal if this man invested in companies developing test kids, vaccines, ventilators, et al.

Don't be surprised how hard the prison system in this state gets hit. They just started gunning (for temp.) employees as they come in last week. One officer came in sick with a cough though she knows that she shouldn't have. Prisoners who clean the showers are not given proper PPE, even before the pandemic hit. Understandably, we haven't had visits at least a couple of weeks now.

So far no one has tested positive at this facility. There is no school or programs. But those of us who have jobs still go to work. We no longer are allowed to go to the gym. They are not "Training" on Wednesdays and Fridays so the facility isn't locked down on those days. This warden seems a bit more reasonable than some of those in the past.

We were just given masks made of T-shirt material constructed at another Connecticut facility. It's better than nothing. We were surprised because we generally are not allowed to cover our faces with anything. So I am grateful.

Many of the officers here can't wait for this place to be locked down. Never mind that it will be because of COVID-19 and people will likely lose their lives. But that's what we're dealing with. They do all they can to convince medical staff to be nasty towards us and are frequently successful at it. In my experience it seems that the nastiest medical personnel tend to migrate towards one another at certain facilities. This is one of them. However, there are some nice people who work in DOC, but they are far in the minority.

We have a new doctor and LPRN. They are doing the best that they can seeing that they inherited a mess. The last doctor had no problem lying to our faces, often giving us the wrong diagnosis.

I've been waiting for over two years for arch supports to relieve the pain in my feet and back. Instead I have to rely on expensive Cortisone shots in my back, which leaves me with the pain in my feet, preventing me from getting proper exercise. Keep in mind that my condition is so severe that I tore a ligament in my foot just jogging. I told them that I'd be willing to pay for my own shoes with built-in arch supports. Now it looks like I'll have to take them to court. I do this with great reluctance, but I've been suffering for years.

Please stay safe, take care of yourselves and each other... you too, fam.