Why Not Self Defense In Georgia Or Every State 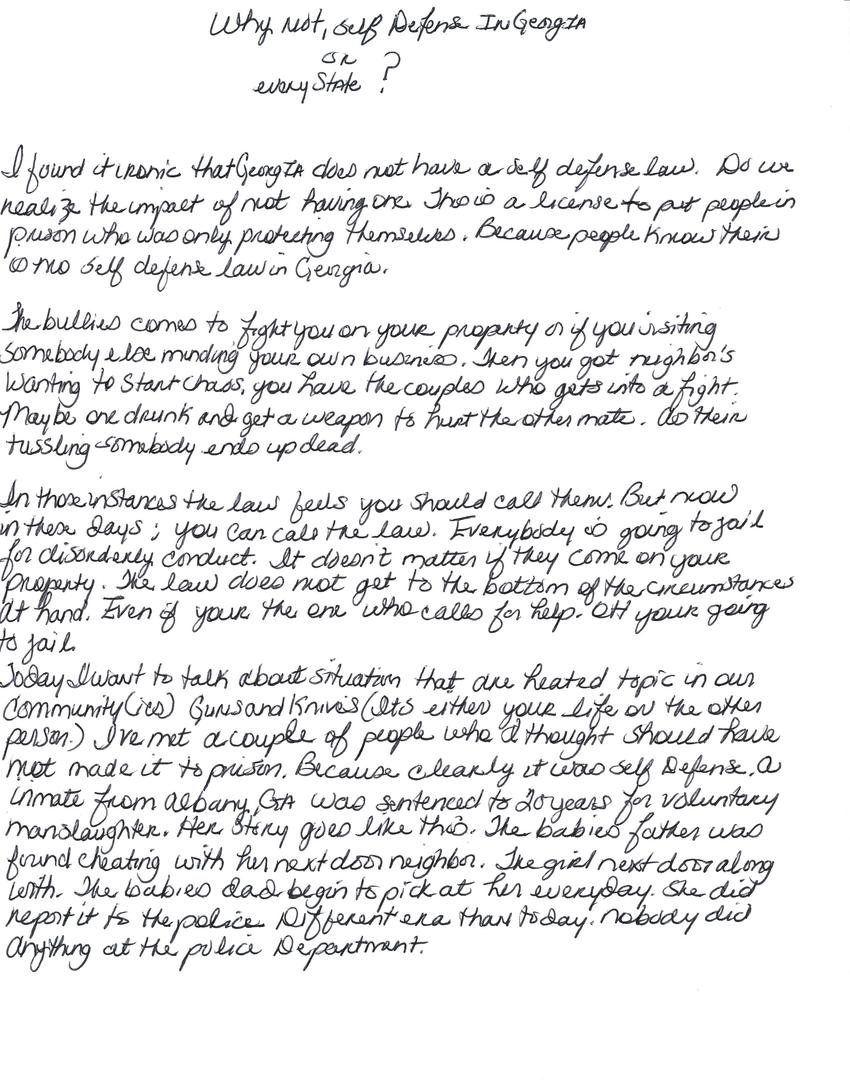 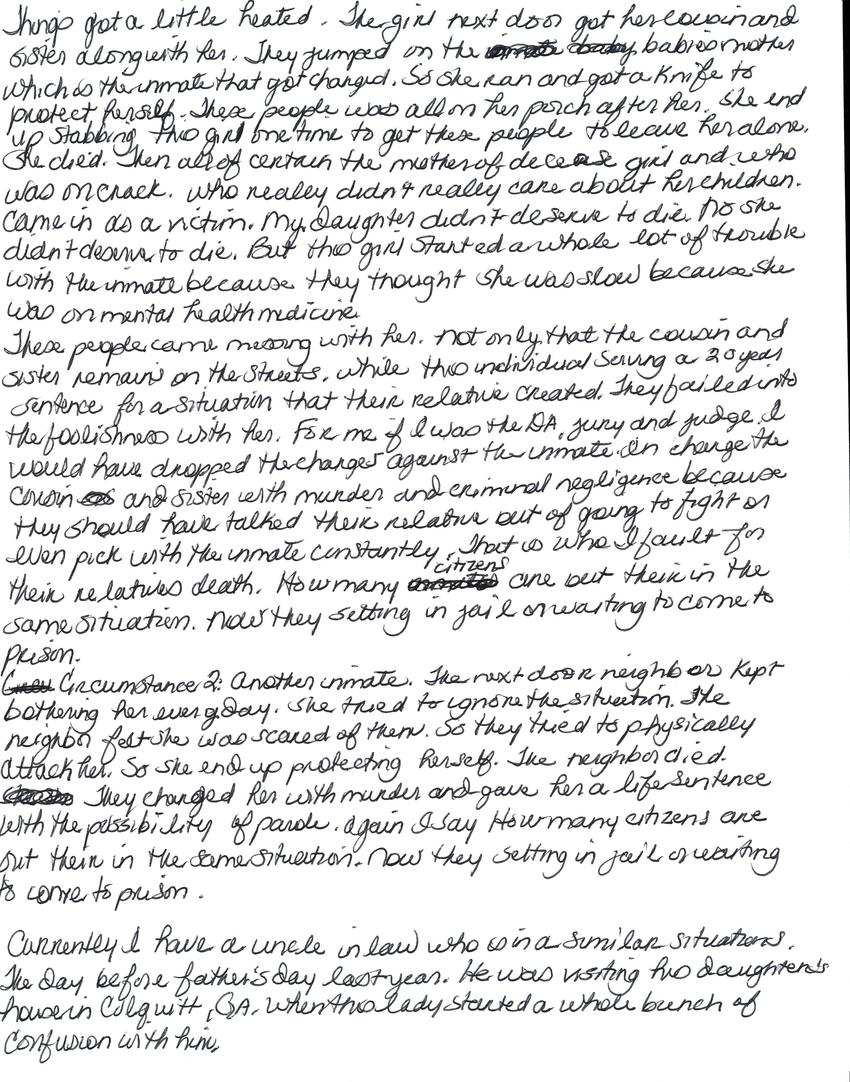 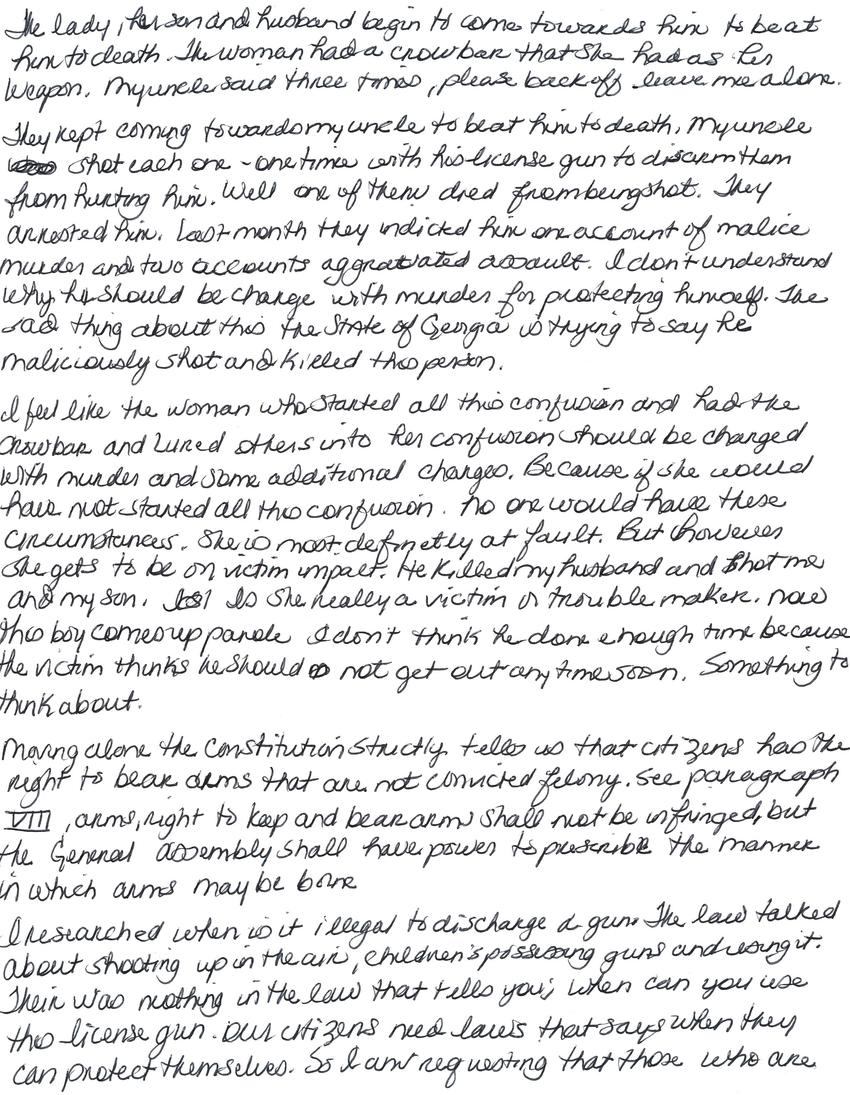 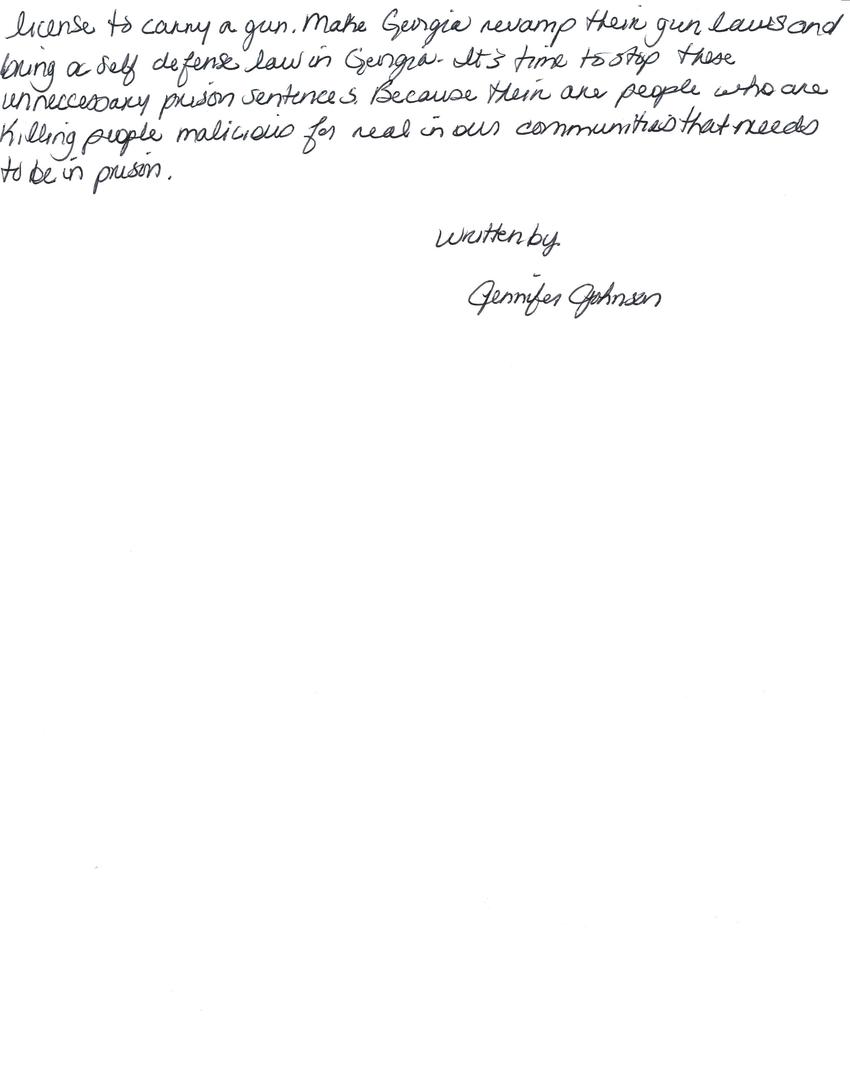 Why Not Self Defense In Georgia or every state?

I found it ironic that Georgia does not have a self-defense law. Do we realize the impact of not having one. This is a license to put people in prison who was only protecting themselves. Because people know their is no self-defense law in Georgia.

The bullies comes to fight you on your property or if you visiting somebody else minding your own business. Then you got neighbors wanting to start chaos, you have the couples who gets into a fight. Maybe one drunk and get a weapon to hurt the other mate. Do their tussling somebody end up dead.

In those instances the law feels you should call them. But now in these days; you can call the law. Everybody is going to jail for disorderly conduct. It doesn't matter if they come on your property. The law does not get to the bottom of the circumstances at hand. Even if your the one who calls for help. Oh your going to jail.
Today I want to talk about situations that are heated topic in our community(ies) guns and knives (its either your life or the other person.) I've met a couple of people who I thought should have not made it to prison. Because clearly it was self-defense. A inmate from Albany, CA was sentenced to 20 years for voluntary manslaughter. Her story goes like this. The babies father was found cheating with her next door neighbor. The girl next door along with the babies dad begin to pick at her everyday. She did report it to the police. Different era than today. Nobody did anything at the police department. Things got a little heated. The girl next door got her cousin and sister along with her. They jumped on the babies mother which is the inmate that got charged. So she ran and got a knife to protect herself. These people were all on her porch after her. She end ups tabbing this girl one time to get these people to leave her alone. She died. Then all of certain the mother of decease girl and hwo was on crack. Who really didn't really care about her children came in as a victim. My daughter didn't deserve to die, no she didn't deserve to die. But this girl started a whole lot of trouble with the inmate because they thought she was slow because she was on mental health medicine.
These people came along with her, not only that the cousin and sister remains on the streets. While this individual serving a 20 year sentence for a situation that their relative created. They failed into the foolishness with her. For me if I was the DA, jury and judge I would have dropped the charges against the inmate and charge the cousin and sister with murder and criminal negligence because they should have talked their relative out of going to fight on even pick with the inmate constantly. That is who I fault for their relatives death. How many citizens are but their in the same situation. Now they sitting in jail or waiting to come to prison.

Circumstance 2: another inmate. The next door neighbor kept bothering her every day. She tried to ignore the situation, the neighbor felt she was scared of them. So they tried to physically attack her. So she end up protecting herself. The neighbor died. They charged her for murder and gave her a life sentence with the possibility of parole. Again I say how many citizens are there in the the same situation. Now they sitting in jail or waiting to come to prison.

Currently I have a uncle in law who is in a similar situation. The day before Father's Day last year. He was visiting his daughter's house in Colquitt, GA. When the lady started a whole bunch of confusion with him.
The lady, her son and husband begin to come towards him to beat him to death. The woman had a crow bar that she had as her weapon. My uncle said three times, please back off leave me alone. They kept coming towards my uncle to beat him to death. My uncle shot each one- one time with his license gun to discern them from hunting him. Well on of them died from being shot. They arrested him. Last month they indicted him on account of malice murder and two accounts aggravated assault. I don't understand why he should be charge with murder for protecting himself. The sad thing about this the State of Georgia is trying to say he maliciously shot and killed this person.

I feel like the woman who started all this confusion and had the crow bar and lured others into her confusion should be charge with murder and some additional charges. Because if she would have not started all this confusion no one would have these circumstances. She is most definitely at fault. But however she gets to be on victim impact. He killed my husband and shot me and my son. Is she really a victim or trouble maker. Now this boy comes up parole I don't think he done enough time because the victim thinks he should not get out any time soon. Something to think about.

Moving alone the Constitution strictly tells us that citizens has the right to bear arms that are not convicted felony. See paragraph VIII, arms, right to keep and bear arms hall not be infringed, but the General Assembly shall have power to prescribe the manner in which arms may be bare.

I researched when is it illegal to discharge a gun. The law talked about shooting up in the air, children's possessing guns and using it. Their was nothing in the law that tells you; when can you use this license gun but citizens need laws that says when they can protect themselves. So I am requesting that those who are license to carry a gun. Make Georgia revamp their gun laws and bring a self defense law in Georgia. It's time to stop these unnecessary prison sentences. Because their are people who are killing people malicious for real in our communities that needs to be in prison.