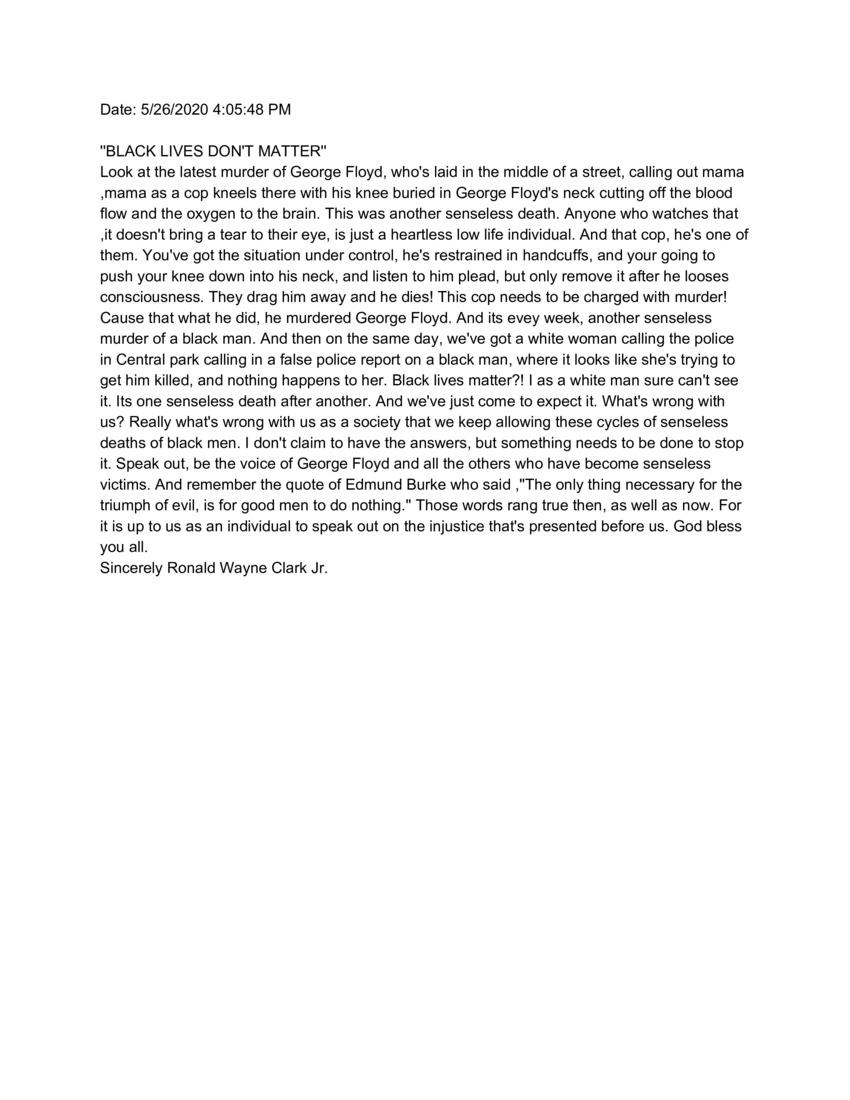 Look at the latest murder of George Floyd who's laid in the middle of the street, calling out "Mama, Mama" as a cop kneels there with his knee in George Floyd's neck, cutting off the blood flow and oxygen to the brain. This was another senseless death.

Anyone who watches that and doesn't have a tear in their eyes is a heartless lowlife individual.

And that cop, he's one of them.

You've got the situation under control, he's restrained in handcuffs, and you're going to push your knee down into his neck, and listen to him plead but only remove his knee after he loses consciousness. They drag him away and he dies!

This cop needs to be charged with murder! 'Cause what he did, he murdered George Floyd.

And every week, another black man is senselessly murdered. And then on the same day, we've got a white woman calling the police in Central Park calling in a false police report on a black man, where it looks like she's trying to get him killed and nothing happens to her.

I don't claim to have the answers, but something needs to be done to stop it. Speak out, be the voice of George Floyd and all the others who have become senseless victims. And remember the quote Edmund Burke, "The only thing necessary for the triumph of evil, is for good men to do nothing." Those words rang true then, as well as now. For it is up to us as individuals to speak out on the injustice that's presented before us.

God bless you all.