Where's the Leadership At??? 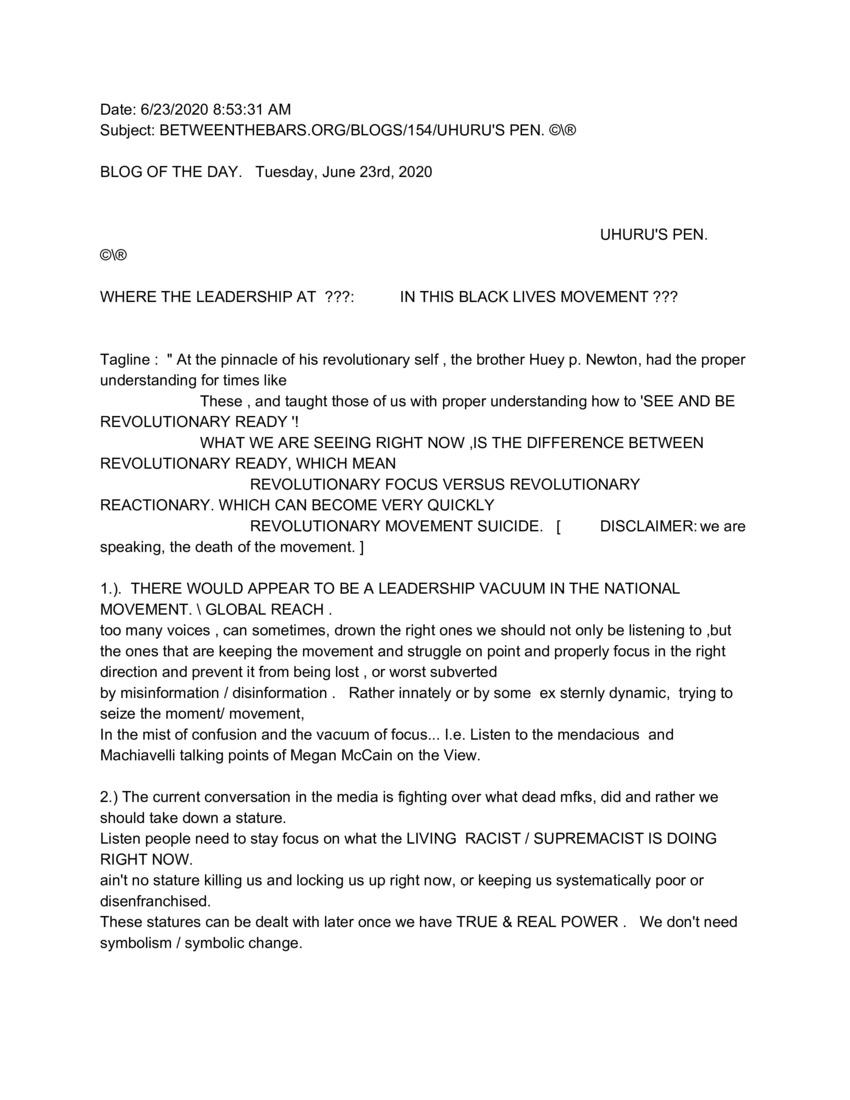 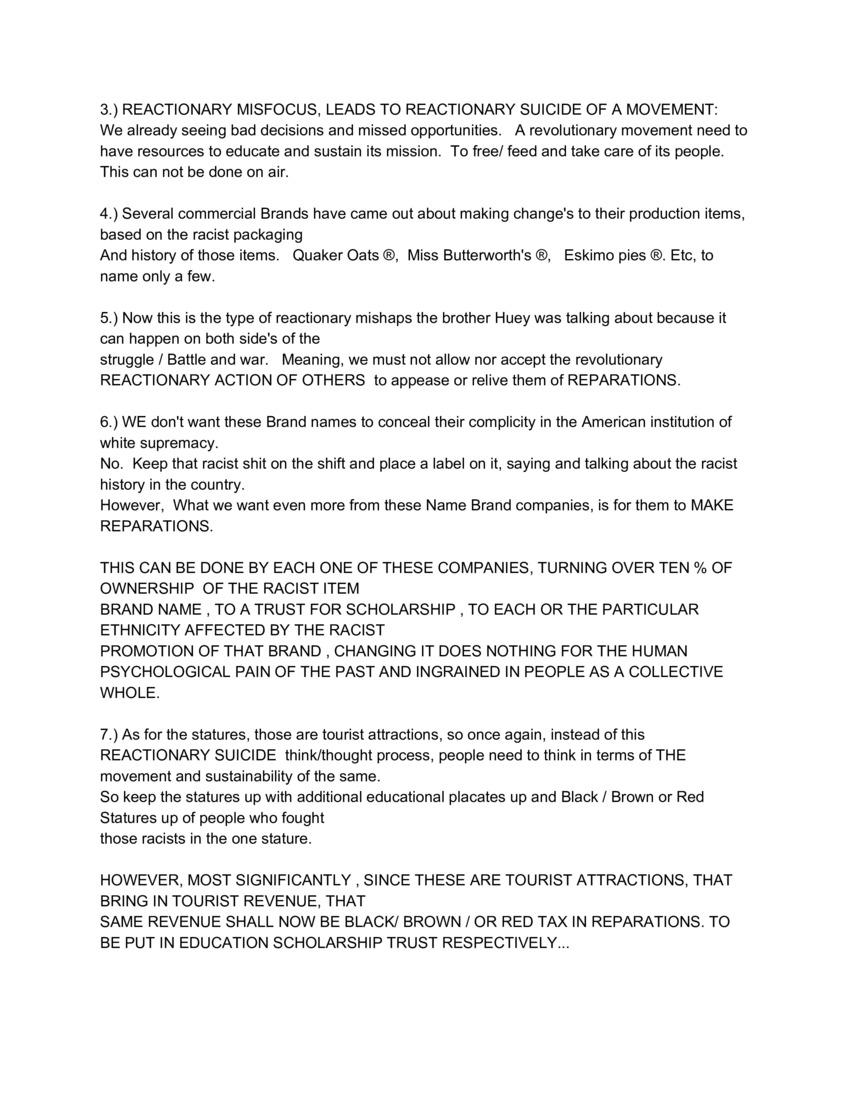 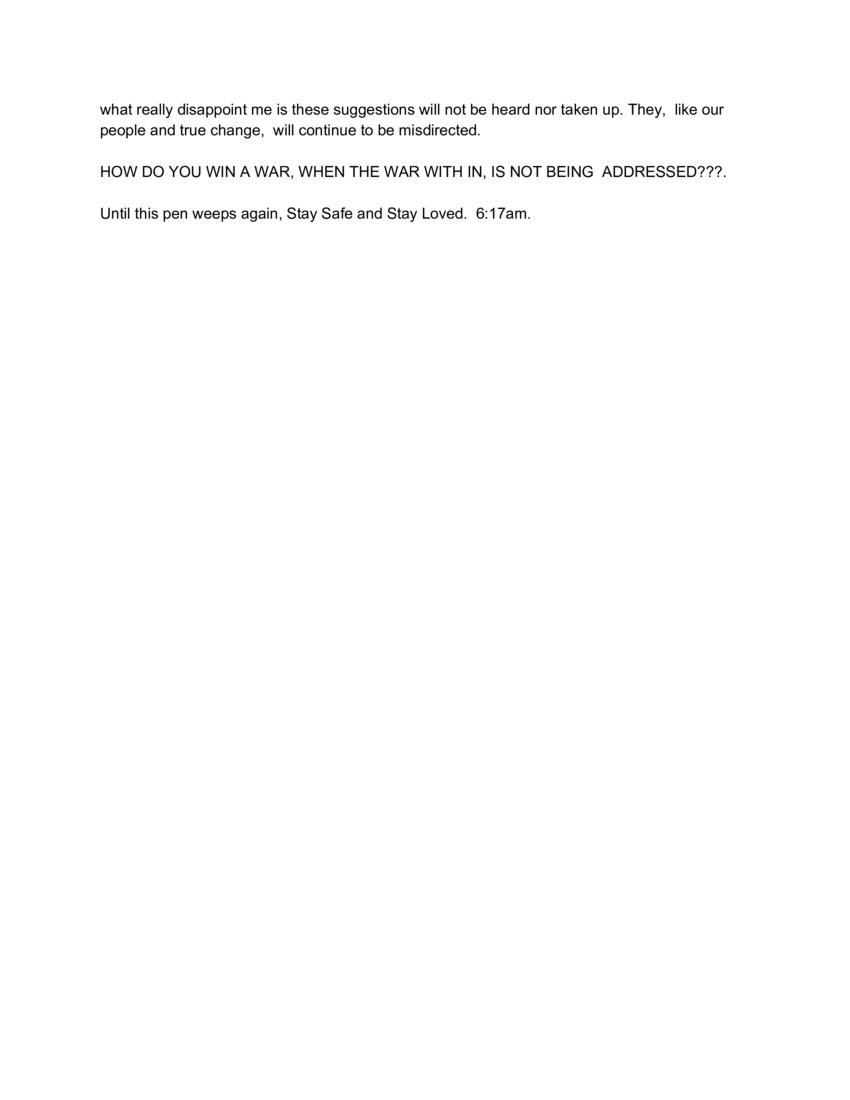 WHERE THE LEADERSHIP AT???: IN THIS BLACK LIVES MOVEMENT ???

1.). THERE WOULD APPEAR TO BE A LEADERSHIP VACUUM IN THE NATIONAL MOVEMENT.\ GLOBAL REACH .
too many voices , can sometimes, drown the right ones we should not only be listening to ,but the ones that are keeping the movement and struggle on point and properly focus in the right direction and prevent it from being lost , or worst subverted
by misinformation / disinformation . Rather innately or by some ex sternly dynamic, trying to seize the moment/ movement,
In the mist of confusion and the vacuum of focus... i.e. Listen to the mendacious and Machiavelli talking points of Megan McCain on the View.

2.) The current conversation in the media is fighting over what dead mfks, did and rather we should take down a stature.
Listen people need to stay focus on what the LIVING RACIST /SUPREMACIST IS DOING RIGHT NOW.
ain't no stature killing us and locking us up right now, or keep us systemically poor or disenfranchised.
These statures can be dealt with later once we have TRUE & REAL POWER. We don't need symbolism / symbolic change.

3.) REACTIONARY MISFOCUS, LEADS TO REACTIONARY SUICIDE OF A MOVEMENT:
We already seeing bad decisions and missed opportunities. A revolutionary movement need to have resources to educate and sustain its mission. To free/ feed and take care of its people. This can not be done on air.

5.) Now this is the type of reactionary mishaps the brother Huey was talking about because it can happen on both side's of the struggle / Battle and war. Meaning, we must not allow nor accept the revolutionary REACTIONARY ACTION OF OTHERS to appease or relive them of REPARATIONS.

6.) WE don't want these Brands to conceal their complicity in the American institution of white supremacy.
No. Keep that racist shit on the shift and place a label on it, saying and talking about the racist history in the country.
However, What we want even more from these Name Brand companies, is for them to MAKE REPARATIONS.

THIS CAN BE DONE BY EACH ONE OF THE COMPANIES, TURNING OVER TEN % OF OWNERSHIP OF THE RACIST ITEM
BRAND NAME, TO A TRUST FOR SCHOLARSHIP , TO EACH OF THE PARTICULAR ETHNICITY AFFECTED BY THE RACIST
PROMOTION OF THAT BRAND, CHANGING IT DOES NOTHING FOR THE HUMAN PSYCHOLOGICAL PAIN OF THE PAST AND INGRAINED IN PEOPLE AS COLLECTIVE WHOLE.

7.) As for the statures, those are tourist attractions, so once again, instead of this REACTIONARY SUICIDE think/thought process, people need to think in terms of THE movement and sustainability of the same.
So keep the statures up with additional educational placates up and Black / Brown or Red statures up of people who fought
those racists in the one stature.

HOWEVER, MOST SIGNIFICANTLY , SINCE THESE ARE TOURIST ATTRACTIONS, THAT BRING IN TOURIST REVENUE, THAT
SAME REVENUE SHALL NOW BE BLACK/ BROWN / OR RED TAX IN REPARATIONS. TO BE PUT IN EDUCATION SCHOLARSHIP TRUST RESPECTIVELY ...

what really disappoint me is these suggestions will not be heard nor taken up. They, like our people and true change, will continue to be misdirected.

HOW DO YOU WIN A WAR, WHEN THE WAR WITH IN, IS NOT BEING ADDRESSED???,

Until this pen weeps again, Stay Safe and Stay Loved. 6:17am.